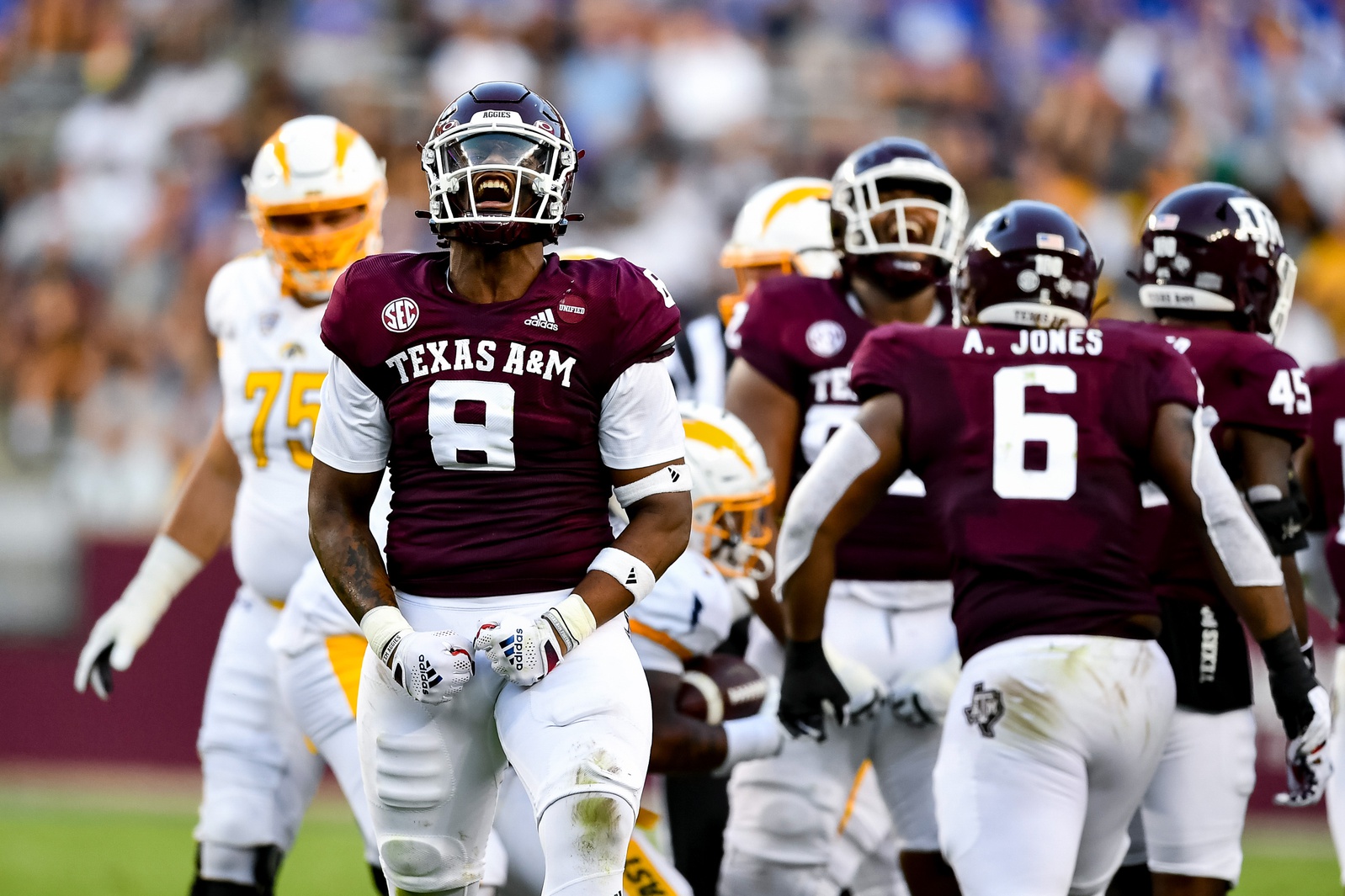 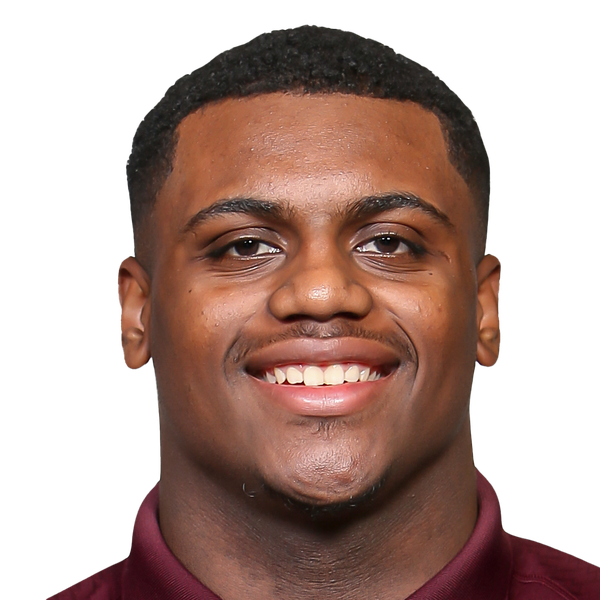 Leal has plenty of pop through his hands to jolt and offset vertical climb.

The flashes are hard to ignore but a little too infrequent.

In the Texas A&M defense, Leal plays multiple different positions along the front, which displays that he has an in-depth knowledge of the defenses. In the run game, he understands down blocks and reach blocks and is able to quickly defeat them. He is also a quick reactor to screen plays, often disrupting the play.

The foundation is set for him to further develop if his future is inside.

Leal has a well-developed lower half combined with a muscular upper body that gives him great overall strength. He has great overall functional strength that allows him to easily convert speed to power in his pass rush. His strong core allows him to defeat run blocks without having a perfect stance.

DeMarvin Leal is a former 5-star prospect out of the state of Texas. Leal was the first big recruiting get for the Jimbo Fisher era and served as the pillar of a much improved defensive line. Leal is a true junior that has started all three years for Texas A&M. As a prospect, Leal possesses rare size, athleticism, and functional strength that makes him a dominant and versatile defensive lineman. In the Texas A&M defensive scheme, Leal lines up in every alignment and is impactful at every position. He has the power to collapse pockets from the interior and the speed to be an effective edge rusher.

In the NFL, Leal will be best utilized as an interior defensive lineman who can overwhelm offensive linemen with his ability to convert speed to power. Overall, Leal has rare athleticism will become a physically dominant defensive lineman once he is placed in one specific role.

Ideal Role: 3-tech where he can use his rare combination of size and athleticism to get gap penetration.

First Step Explosiveness: Leal plays as both an IDL and an edge player and his first-step explosiveness varies by alignment. On the interior, he has an exceptional first step that allows him to quickly get into gaps and get backfield penetration. As an edge player, he is inconsistent in his ability to get off the ball quick enough for him to get that leverage on offensive linemen and dictate the play.

Flexibility: Leal has an impressive change of direction in the open field. Displays very fluid hips in his ability to get upfield and redirect based on which way the ball-carrier goes. Leal also shows great bend in his ability to dip under offensive tackles and run the arc to the QB.

Run Defending: Leal has shown to be an excellent run defender. Repeatedly showed the ability to lock out defenders and shed them to get to the ball-carrier. Also uses his athleticism to chase down ball-carriers from the backside of a play. At times, Leal can play high and allows double teams to get under his pads and move him off the line of scrimmage. Overall, Leal’s strength and natural athleticism make him a dominant run defender.

Effort/Motor: Leal is a great hustle player and repeatedly chases down ball-carriers 20-plus yards down the field. His natural athleticism allows him to roam the field in pursuit of the ball-carrier in ways most defensive linemen can’t. Needs to improve on his effort rushing the passer. When his initial pass rush move doesn’t work, he, at times, stops working to the QB and stalls at the line of scrimmage.

Lateral Mobility: Leal has great lateral mobility that he uses in a wide array of situations. His athleticism is on display in his ability to keep leverage on offensive linemen to prevent them from reach-blocking him in zone concepts. He also showed excellent lateral mobility in his ability to change direction in the open field. Has the ability to stick his foot in the ground and flip his hips to react to ball-carriers changing direction. He is a very fluid defensive lineman.

Versatility: At Texas A&M, Leal aligned at every position along the defensive line. His natural strength and power made him a dominant player at the IDL position. He is also athletic enough to give good pass-rush reps when lined up as an edge defender. Leal has rare athleticism and power that allows him to play all over the field and be an effective player.