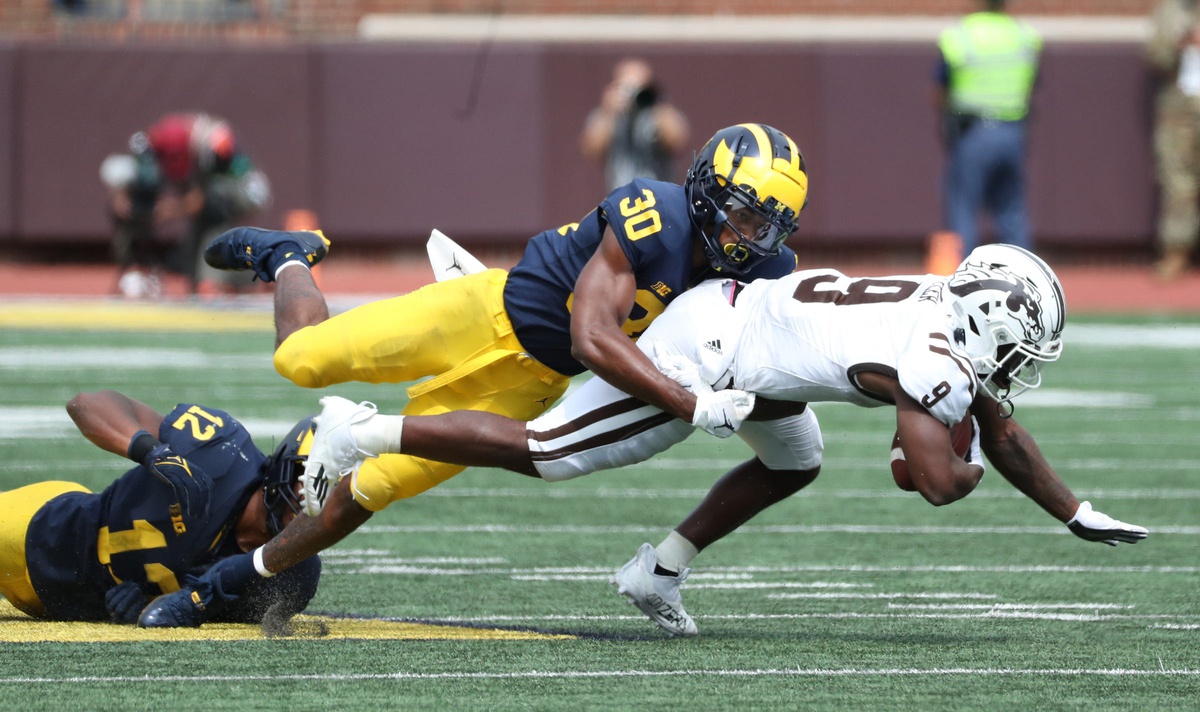 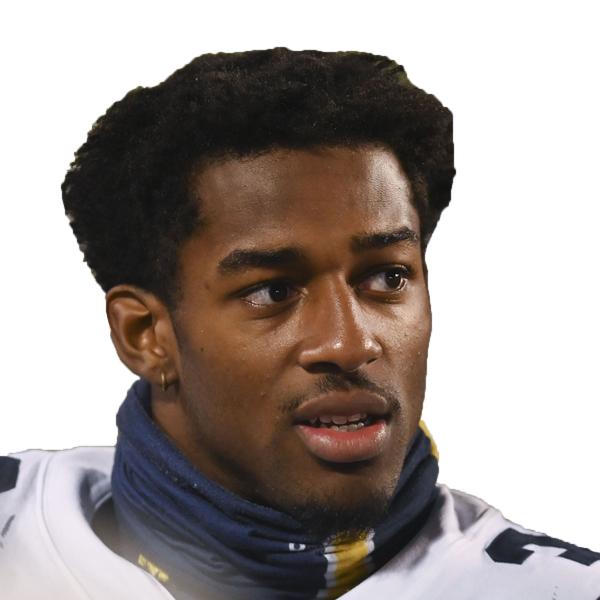 Hill is a plus athlete to play either in the high post or in the nickel. Some teams, as a matter of fact, are high enough on his athleticism to consider him an outside corner.

Hill is an excellent athlete with speed, burst, and change of direction ability to thrive as a cover player. He is a fluid mover in space and has loose hips to turn and run.

Hill's role evolved at Michigan to transition from a free safety and into a nickel defender, allowing him to play closer to the football and be involved in more layers of the game.

Hill has very impressive instincts and awareness. He shows the ability to read the quarterback’s eyes in zone coverage and allows him to take him to the spot. He is quick to read and diagnose run plays and is very good at sniffing out screens and pick pattern concepts.

Pick your poison. He's capable of doing nearly anything in the back seven depending on the game situation.

Hill is an extremely versatile player at the back end of this defense. He can play single-high free safety, nickel, outside corner, and even has aligned as a dime backer. His blend of athleticism and toughness are exactly what NFL defensive coordinators are looking for out of a defensive back as it allows them to be creative on where he is utilized.

Daxton Hill is a versatile defender who has been very productive throughout his three-year tenure with the Wolverines. A highly touted recruit with NFL bloodlines, Hill stepped on campus with big expectations and has certainly lived up to them. Hill will align at various roles in the Michigan defense but he does his best work playing single-high safety or as a nickel defender in the slot. He is a smooth and efficient mover in coverage and has very good straight-line speed.

In zone coverage, Hill flashes excellent eyes, instincts, and awareness to peel off his zone and locate the ball and make a play. He has good short-area quickness and closing burst to make plays on the football or tackle anything completed in front of him. Hill flashes good range playing single-high and can make plays red line to red line.

While Hill has good overall athleticism to be an effective man cover player both playing high safety and in the slot, he can get lazy in his transitions and can be slow to open up and run, leaving separation between him and the receiver. Additionally, while Hill is tough and ultra-competitive both in the passing game and in run support, his lack of size and strength leave him at a disadvantage at the catch point as well as playing in the box.

Tackling: An ultra-competitive tackler, Hill is never afraid to mix it up and throw his body around. He is quick and urgent to fill running lanes coming from his single-high position and is a good open-field tackler. His lack of size and length hinders his ability to consistently bring bigger ball-carriers to the ground and he will be overaggressive in pursuit at times, leaving room for cutbacks.

Range: Hill flashes very good range playing single-high safety. He possesses excellent straight-line speed having been clocked as low as 4.3 in the 40-yard dash. His speed along with his eyes allow him to make plays from red line to red line.

Ball Skills: An area where I wish he had more production is certainly interceptions. He’s only brought down four in his three-year career. That being said, his ball skills are excellent. When the ball is in the air and he has an opportunity to make a play on it, he usually does.

Run Defending: An urgent player in the run game. Hill is quick to diagnose the run and comes downhill in a hurry. For a slender player, Hill is absolutely not afraid to make tackles and will throw his body around.

Competitive Toughness: A true football player. Hill is as tough as they come and always looks to deliver a blow upon contact. He plays the game the right way, playing through the whistle and always hustling to the ball even when the play goes the opposite way. His intensity and passion are evident and he plays much, much bigger than his frame should allow.

Flexibility: Hill is a fluid mover in space, having loose hips to open up and turn and run. His movements are smooth and there is very little wasted movement in his transitions. He just needs to be more urgent when it’s time to open up and rely a bit less on his closing speed.

Special Teams: With Hill’s straight-line speed and toughness, he projects to be a rockstar on special teams from day one. He was very good playing special teams for the Wolverines covering kicks early on in his career and he will certainly be an asset in that phase of the game at the next level.