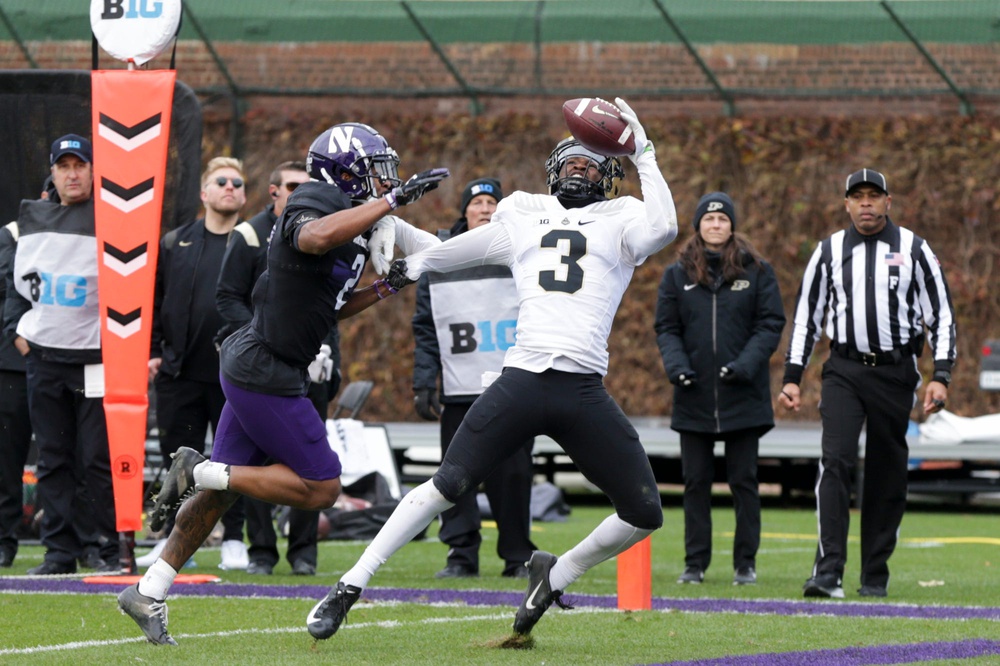 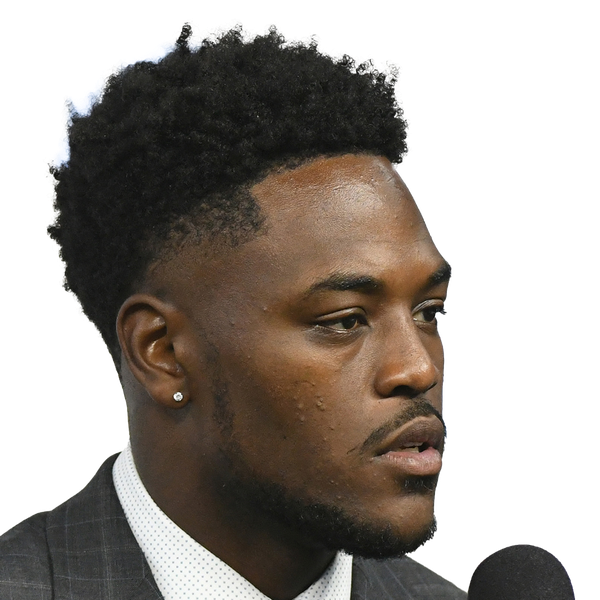 Consider him a true route salesman.

Bell is a route technician who affords no shortage of variety in his routes. There are ample head fakes, double moves, stutter steps, and adjusted stems in his game. Bell has been a killer against both man and zone coverage and wins to all levels of the field at the college game. I’d expect his release to afford him wins against press in the NFL as well and his savvy with hands, head, and feet at the top of routes to allow him success in the quick game. I like his resume best as an intermediate target.

He’s very “plucky” in this area and shows very good strength in his hands to squeeze the football. There were only a few throws that ate him up and most of them were perimeter routes that had the ball hot and behind him. He’s made some eye-popping grabs and I really appreciate his skill to win at the catch point and not allow defenders to break his grasp.

His lack of explosiveness is more than made up for with how tough he is in traffic.

It is hard not to appreciate the fearlessness that Bell plays with. He’s got his clock cleaned several times at the catch point, including by Kyle Hamilton this past season against Notre Dame, but contact at the catch point rarely bothers him and he showcases very good focus. His effort in the run game and in the screen game for manufactured touches for teammates is notable as well—he put forth great effort in front of Rondale Moore in 2020 upon his return late in the year and busted his tail to get inside leverage as a blocker.

Purdue wide receiver David Bell projects favorably as a perimeter wide receiver at the next level. I admire the efforts put forth by the Purdue offense to ensure they manufacture enough touches for their top target in the passing game, as Bell’s menu of routes and concepts has featured quick game with stick routes and slants, designed touches in the screen game to the perimeter, and long-developing digs, posts, deep outs, and double moves vertically outside the numbers. I wouldn’t necessarily advocate for such a vast array of touches in the NFL, but I see a perimeter wide receiver with effective releases off the line of scrimmage, savvy work at the top of the route, and incredible body control and ball skills.

Bell isn’t a dominant athlete and his athletic profile is one I perceive to be above average but not a mismatch problem. All the same, this is exactly the kind of receiver we see annually pass through the draft process and be available on Day 2 before making an impact and going on to have a successful pro career. Bell brought high-level accolades with him from Warren Central High School (Indianapolis) to Purdue, where he helped lead multiple undefeated seasons over his football and basketball career. He’s a local legend and his upbringing, led by his mother and his grandparents, has helped to forge a highly competitive player and a person who receives high marks off the field as well.

In all, I’d consider him a high-floor, high-ceiling prospect who has the football acumen to make an impact quickly as a rookie for the NFL franchise that selects him.

Scheme tendencies: Balanced offense; he’s capable of winning in both the quick game and vertically down the field. Play-action shot concepts and MOF targets are likely his best ticket to high production.

Separation: Vertically, I don’t necessarily see the dynamic speed necessary to consistently stack defenders and be a consistent threat, but with double moves I do suspect Bell will get some chunk gains off sluggos, out-and-ups, and stutter moves. But when he’s working routes with hard breaks, I expect that’s where you’ll see him more consistently break free and make himself available.

Release Package: There’s a fair variety of looks we’ve seen from Bell. I didn’t see a lot of pure press, although he did run through one on a crosser vs. Iowa (2021) for a big gain. His stutter release is effective and efficient to freeze DBs and his speed release to push vertically has enough juice to force defenders to sag and respect his ability to close ground and get on top of their toes.

Run After Catch: This is one of the more modest areas of Bell’s game. He’s not especially dynamic in short spaces and his long speed is fairly average. But when he draws man coverage he has shown the ability to shrug off contact and get upfield for added yardage. If he’s taking throws in stride, I do think he’s capable of making housecalls in an offense that stresses defenses with spacing and allows him enough room to get north and open his strides.

Ball Skills: Go ahead and watch his acrobatic catches downfield against Indiana (2019) and Notre Dame (2021) if you want a sampling of what he can do. He’s tremendous here and his late adjustments do well to deter defensive backs in man coverage for IDing the ball quickly, too. His catch radius is already high with strong hands but his ability to contort himself provides his quarterback with a lot of wiggle room.

Football IQ: I’m impressed with his polish as a route-runner. Bell showcases awareness to attack leverage ahead of the top of the route, boosting his passer’s throwing windows to make himself available. He does a lot of the little things: he extends and works back to the football. He navigates the sideline at a very high level. He’s effective in locating the ball vertically. He’s a natural and a technician, which is a great blend.

Versatility: I do think Purdue asked him to do more as an all-around target than what we’ll see translate, but as I previously acknowledged, I can appreciate the self awareness that he was comfortably the best option with the ball. I see little issue with working inside versus outside and his ability to work the middle of the field is a valuable piece of the puzzle if a team wants to move him at the snap with short motion or get him into stack releases and rub him clean.

Big-Play Ability: Bell has had a knack for making some spectacular plays throughout the course of his career. He’s capable of winning contested catches and down the field as well. His RAC resume isn’t dominant, but he is physical and capable of bumping free for a big catch and run when working isolated in a one-on-one scenario. Concentration grabs and tough receptions in traffic with a big hit have energized and juiced his team on a number of occasions.