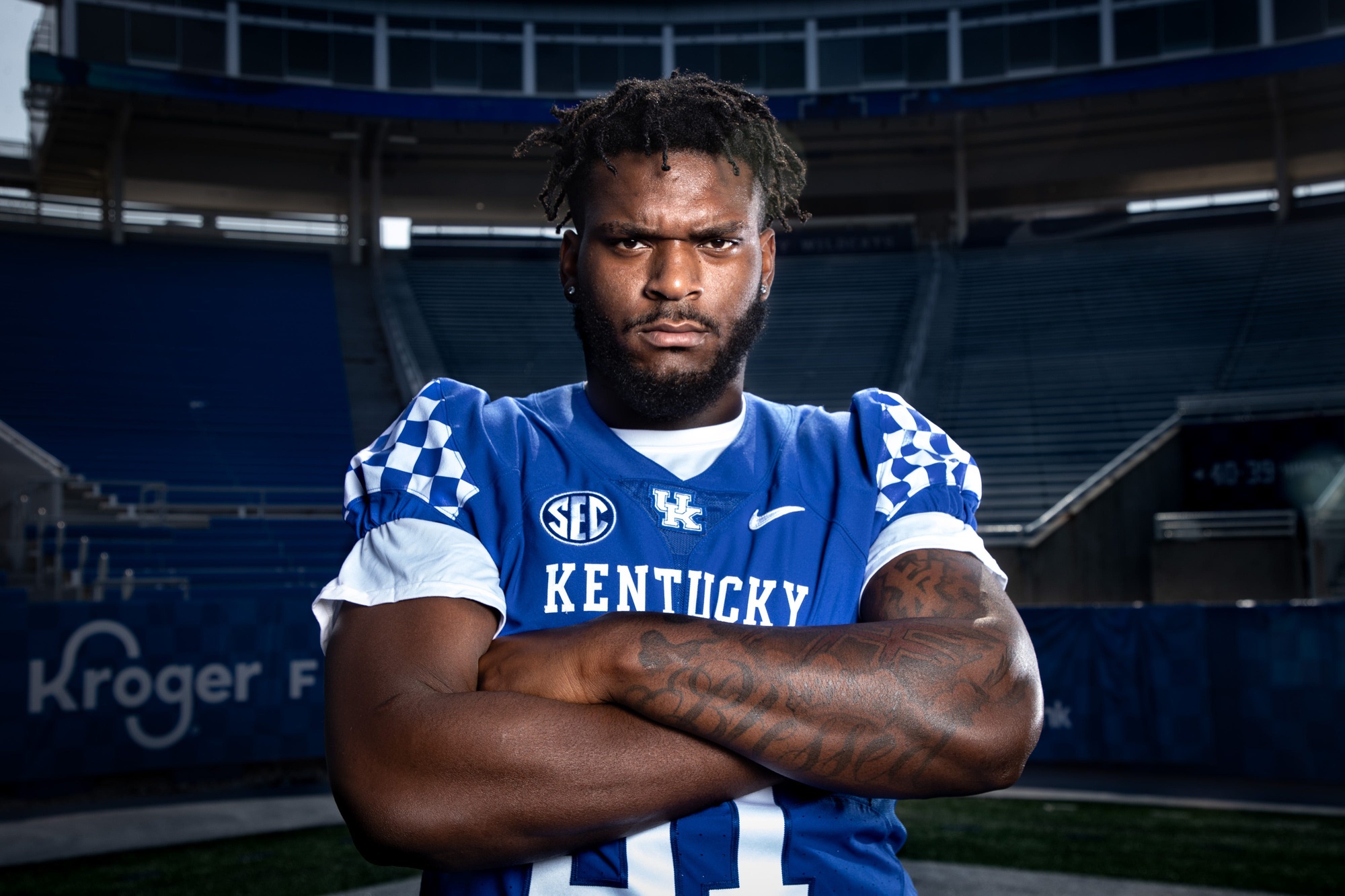 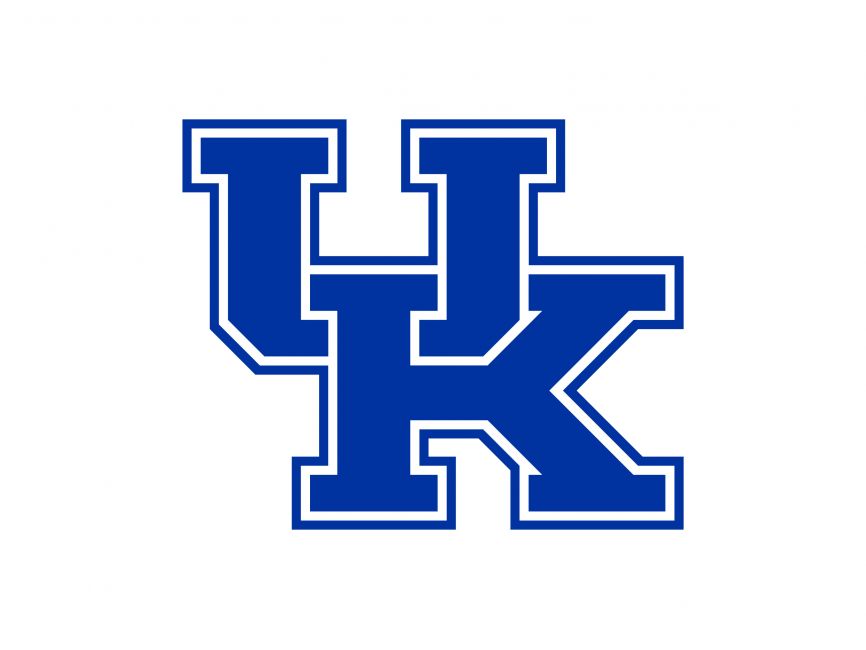 Watch him in short-yardage situations. He’ll step down and combo on inside shade linemen and create a LOT of push. Kentucky had success in the games I watched ducking the ball behind him and taking profits. His ability to line up and connect his blocks is a limiting factor right now. He’s got violent punch power to help him win real estate immediately in the rep.

If you built an offensive tackle body in a lab, he’d look like Rosenthal. The wingspan and reach that he offers is textbook and he offers a very high level of strength and power at full extension. He has tried to hump/club defenders out of gaps and had some success due to early contact in the rep and the power that coincides.

Watching him pull and get out in front outside the numbers or work backside cut off is a treat. He’s extremely fluid to climb to the second level and get into the lap of linebackers. The restrictions here are due to a lack of economic movements and footwork, but he’s physically capable of mirroring on the edge and slamming the door shut on inside counters in pass pro.

Kentucky offensive tackle Dare Rosenthal has the opportunity to become one of the biggest steals of the 2022 NFL Draft. Rosenthal, who originally enrolled with the LSU Tigers program and served as an intermittent starter over the course of two seasons of playing time in Baton Rouge, was initially a top-20 rated defensive tackle prospect coming out of high school (he did play both ways) before redshirting his true freshman season in 2018 and fully converting to play the offensive tackle position. His raw skill set is apparent when you watch him play—if you’re looking for high level football fundamentals and a finished product, you’re going to be sorely disappointed with his framing on the edge and his hand implementation. But oh, my goodness, this is one of the most physically gifted big men in the class, bar none.

Rosenthal has absolutely stupid levels of quickness and power at his disposal and the high level flashes he showed in 2021, his first season in Kentucky, are really hard to ignore. Rosenthal is going to need to go to an environment that has an accomplished offensive line coach who is capable of coaching him up to his full potential, and then Rosenthal is going to have to execute on his own behalf and put in the needed work to get better. But the sky’s the limit here; the raw traits are among the best in the class if you can put the polish into his game. It is also worth noting that Rosenthal served a month-long suspension for the Tigers in 2020—the details will be worth vetting for NFL franchises.

Balance: This is currently a high-variance trait for Rosenthal. His movement skills in space are freakishly good. And some of his recovery efforts if taking speed rushes on the edge showcase all of his athletic gifts. But he doesn’t consistently play within his frame and the end result is he’s able to get uprooted by speed to power. He’s not balanced and sustaining his base through his full sets and he can fall off of blocks as he tries to run his feet and parlay momentum into a pancake.

Pass Sets: There’s a lot of work to do here but there’s also a lot of potential. His foot speed and raw agility are both effective and I do believe that he’s got the necessary foundation to become a much better pass protector. Kentucky’s offense didn’t have a lot of vertical pass sets and game situations that called upon dropback passing highlighted some of his inefficiencies getting out of his stance and framing blocks on the edge.

Competitive Toughness: Rosenthal offers an “in your face” approach to the game. He’s chippy, he plays through the whistle, and he’s active in efforts to put defenders on the ground. He doesn’t always finish due to playing overextended once he’s created push, but he can be a mauler. I was impressed with some of his efforts in the screen game to get upfield and try to find lead blocks in space.

Football IQ: Rosenthal is certainly a raw football player and his fundamentals are going to need a complete overhaul. I’d consider him starting from square one in some instances. But his demeanor and approach to the game? He’s got it. Rosenthal has that relentlessness I like in offensive linemen and he plays with the proper violence to project as an impact player if you can get the stars aligned. He needs to focus on his initial angles—he’ll come out of his stance too flat at times and offer shallow angles to run through.

Hand Technique: Strike timing and placement are very, very irregular. In the grand scheme of things, I’m buying in on the potential given he played two ways in high school, was clearly an elite H/W/S athlete, and got his first full season as a starter in 2021. But he brings a low hand carriage and as a result his lack of feel for consistency in punch timing allows savvy rushers to get into his chest. Will need to be careful with recovery efforts to not get flagged for holding, as late hands won’t hit an ideal fit and he’s reluctant to unlatch and try to reset .

Anchor Ability: Pad level is something that needs to get better when he’s taking his vertical sets or trying to recover versus power. It’s hard to get a feel here because of Kentucky’s offensive approach, which limited deep sets, and Rosenthal’s own lack of a consistent base—he was frequently flipping and running rushers past the peak as compared to framing and sitting down on their head-up charges. But when he got these opportunities, he was often sitting too high on his base. Raw power, on the other hand, is plentiful.

Versatility: This is a player who could play in and execute any running concepts you have at your disposal. He’s got the range for wide zone, the power for gap and short yardage, the open field skills to be involved in sweeps or the screen game, and the raw athleticism to take deep set pass sets. Getting him to trust his fundamentals will be key, but he’s a player with unlimited potential.