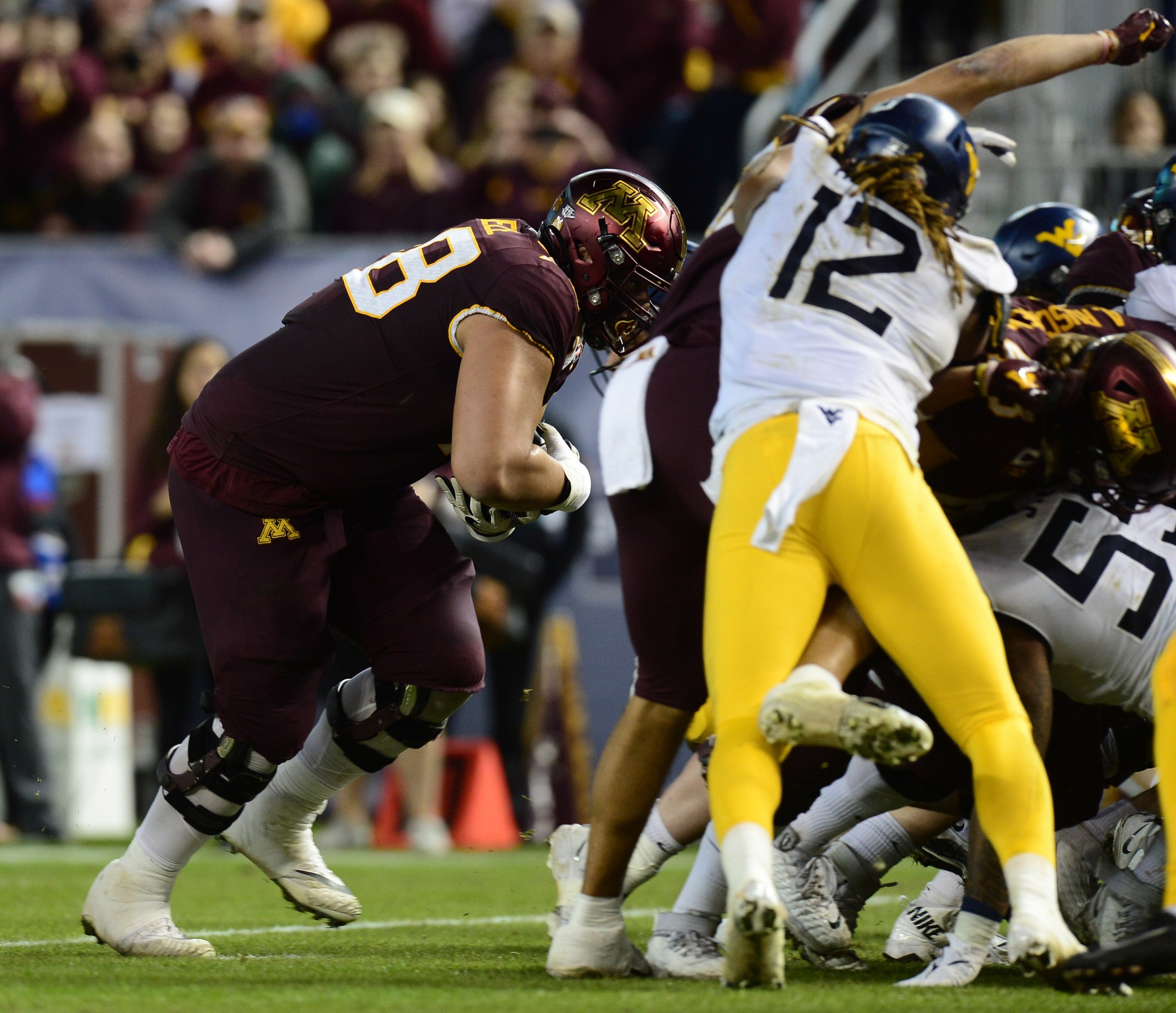 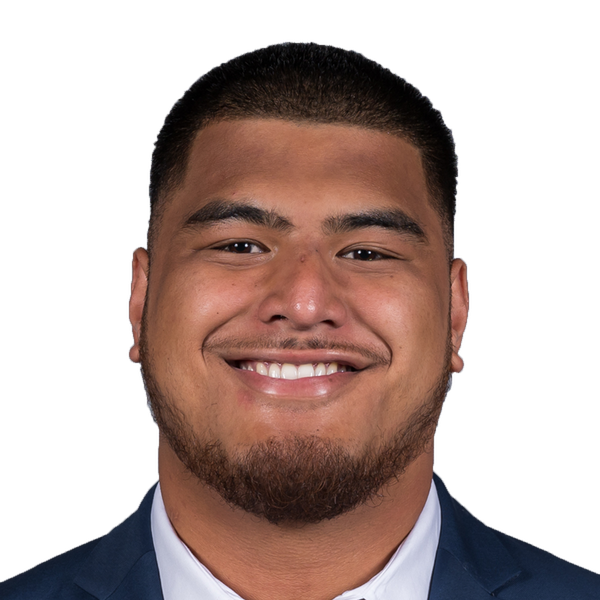 Trying to go around? ...you got a full tank of gas?

He’s capable of blotting out the sun—so regardless of what his anatomical length is, he’s got a significant gravitational pull. He isn’t easy to drop hands off of once he gets a hand fit and he’s even more problematic to try to claim edges against him with a pure speed rush. With more persistent strike timing and precision, he can be absolutely lethal here to win first contact on every snap.

The initial power that pops off the screen at first contact is a treat. He’ll blast defenders on double teams and help generate a great deal of push to move bodies and win real estate quickly. His ability to drive the feet and continue to blow defenders out of the frame isn’t necessarily a real standout dynamic to his blocking, but the space he wins early after contact is more than enough for ball-carriers to fall in line behind.

He got offered by nearly every national powerhouse before ever playing a snap of HS football — so imagine where he can be in 2-3 more years.

Green as you can get. Received offers from LSU, Michigan, and Miami before playing a single snap of high school football—he never played the game before attending IMG Academy for two seasons. But it’s apparent he’s a quick learner and is already showing clear and obvious growth as a blocker with his framing and finishing skills as a blocker.

Daniel Faalele projects as a viable starting offensive tackle at the NFL level despite some areas of improvement needed throughout his game. Faalele is a freakishly large athlete for the game and moves with more agility and grace than you’d ever expect from a man of his stature. Add in his raw size and it is clear that Faalele offers the “unteachable” dynamics of the position and will likely be coveted as a result of having all the tools in the toolbox and simply needing refinement on his technique.

Opting out of the 2020 college football season cost Faalele some valuable repetitions in his player development, but nevertheless, he’s continued to show enough instinct and feel for the position in his return to the field in 2021 for teams to have comfort that he’s still simply scratching the surface of what he can be as a blocker. Given Faalele’s relative inexperience to the game—he was a former rugby player who has only three seasons of starting experience at Minnesota—Faalele’s ceiling is unquestionably high.

There’s a dynamic of risk and reward here that needs to be weighed, but teams with accomplished offensive line coaches who are comfortable in player development should not shy away from the challenges that come with an investment here.

Scheme tendencies: Scheme multiple but an offense with rhythm/timing concepts and a fair level of play-action and RPO to prevent a lot of true vertical sets.

Balance: His raw ability to redirect his frame and work back across challenges into gaps is significant, especially when factoring in how much mass he needs to account for. There are natural leverage limitations baked into his game as a result of his frame, but you don’t see very many defenders roll up underneath his pads and rock him back onto his heels; he’s got too much raw power and core strength. More likely to see lapses with overextending and getting his pads too far out overtop of his knees due to discipline.

Pass Sets: His ability to snap out of sets is impressive, but his vertical sets are going to be challenged by more explosive rushers. His raw size and frame will bake in enough margin for error for him to cover basic errors or even mistimed releases, however. Teams who implement a lot of quick timing will love him, however—his short sets should wall off rushers and he’s capable of enveloping pass rushers to prevent them from getting their hands up to deflect passes.

Competitive Toughness: Love how active he has shown himself to be on the backside of plays and his range and effort here really flash. So, too, does his nose for dropping hands of rushers and getting bodies onto the ground. He’s got some relentlessness to him when he’s able to generate movement on the A-level of the defense and he’ll throw you out of the club if you’re not disciplined to extend and get a stack on his blocks.

Lateral Mobility: Is he the most fluid athlete in the history of the game? No, he’s certainly not. But 400-pound men aren’t engineered to move like this. Relative to his peers, he’s only above average to win with quickness and redirection skills. But when you grade him on the curve, he’s a pretty terrific athlete. Has shown some rotational hip mobility to cross face on blocks and work into a favorable position to win gaps despite lacking pre-snap leverage.

Hand Technique: Offers plenty of stickiness to his hands when he first lands blows, and if he’s able to latch on you in the run game, Faalele isn’t going to be dropping off the block. As a finisher on the edge versus power rushes, he’s shown an effective snatch move to drop hands and bodies. Needs to work on strike placement consistency and punching down onto defenders will always pose some challenges in clean fits—plus his timing to greet rushers entering his area can offer him even more improved play on the edge.

Anchor Ability: Good luck. Even with natural leverage, defenders don’t stand a chance with converting speed to power or trying to play through the frame to collapse angles and reach the quarterback. There’s simply too much mass here to move and when you add in some of the nimble feet that flash on film, he’s got a base that is dynamic enough to reset against power rushers who can generate an initial bit of push.

Versatility: Not sure I’d like him anywhere else other than tackle. He’s probably raw and new enough to the position that you could transition him to left tackle if necessary or in a pinch, but playing him inside feels like a losing battle given the length of his punch, the irregularities to his game as a new player of the game, and the speed and quickness of which interior action takes place. Swing value isn’t great, but it is covered by his ceiling as a starter.