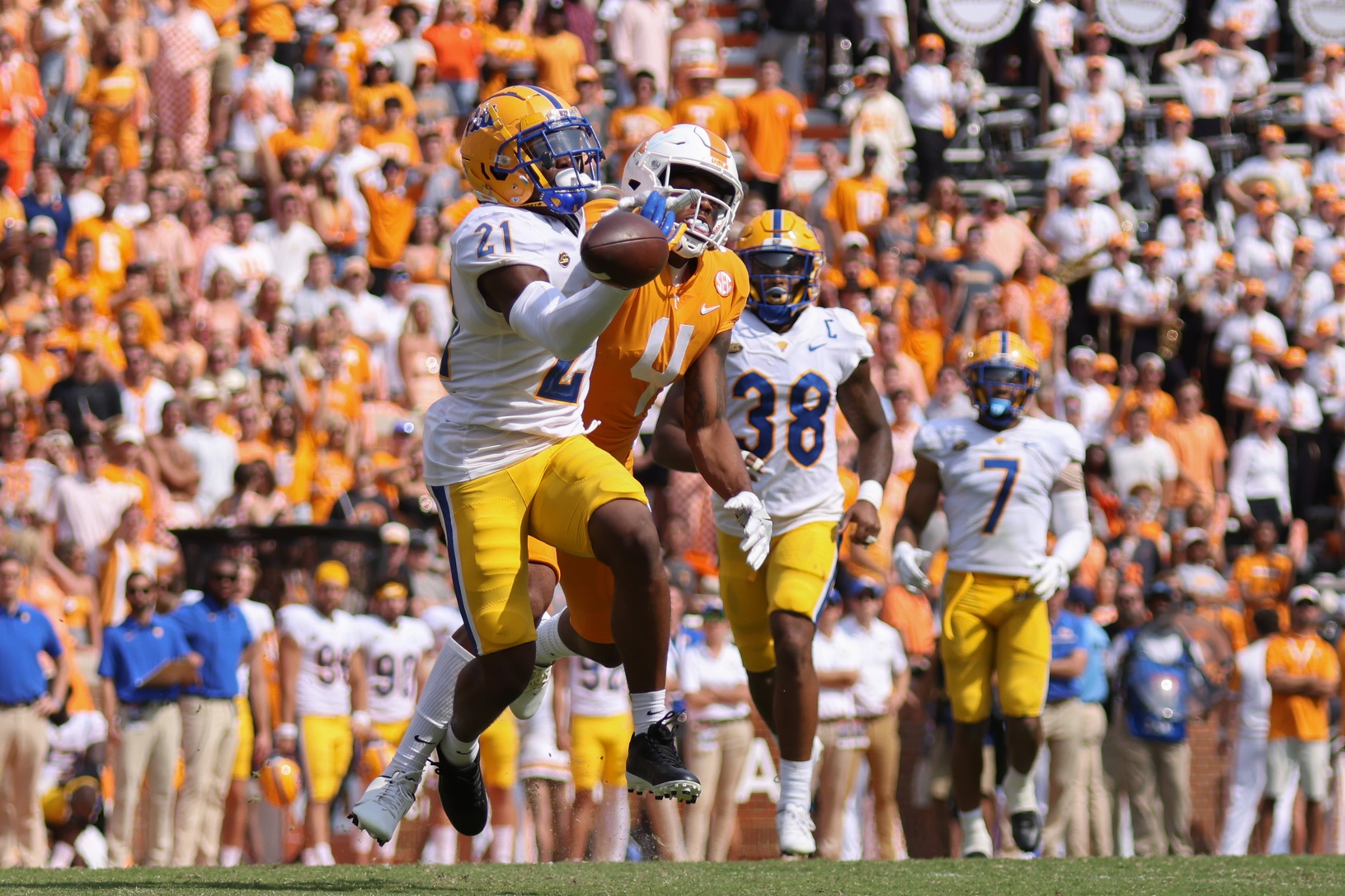 Mathis is a mostly secure tackler that is very aggressive. He is more than willing to trigger downhill and get involved as a tackler and he brings good hitting power and contact balance. His modest length does present some challenges when attempting to tackle outside of his frame.

Mathis’ competitive toughness is among my favorite components of his game. He is aggressive at the line of scrimmage and is a physical player. He is willing to take on blocks to spill runs back inside and is enthusiastic about tackling.

Mathis is an experienced defender that has been tasked with a variety of coverage techniques. He is an outstanding run defender that does well to diagnose, trigger, and get involved. He has been victimized by penalties over his last two seasons as a starter.

Damarri Mathis found playing time on special teams in 2017 before claiming a bigger role in 2018 and becoming a starter in 2019. Unfortunately, his 2020 campaign was lost due to a preseason injury, but he returned in 2021 and proved that he found his form. Mathis is a tough and physical corner that thrives in press coverage when he can get hands on receivers at the line of scrimmage and cap routes. He has strong mirroring skills to match steps, stay leveraged, and make it difficult for receivers to uncover quickly. He is an outstanding run defender that does well to play off contact and is enthusiastic about tackling.

Mathis is experienced in a variety of coverage techniques and performs well in zone coverage where he is effective at staying leveraged, squeezing routes, and spacing the field. Mathis is disruptive at the catch point but there are some instances where he can be more aggressive to get a jump on the football and create takeaways. When it comes to concerns at the next level, ideally Mathis would offer more length for the style of play that he delivers. With only modest length, it takes away from how effective he can be in press coverage, at the catch point, and as a tackler. In addition, Mathis is only a sufficient athlete that lacks above average recovery speed. He also has a tendency to be grabby down the field and penalties have been an issue for him over the last two seasons. Mathis projects very favorably to special teams and should be able to find a role covering kicks and punts in year one. I do think he has appeal in the slot, which may be his path to playing time in the NFL. At a minimum, Mathis should provide quality depth with appeal on special teams and sub-packages at the next level.

Ideal Role: Developmental corner with appeal to play in the slot

Man Coverage Skills: Mathis’ best moments in man coverage come when he can affect receivers at the line of scrimmage in press coverage and get hands on them early. He is consistent with his sequencing in press coverage and does well to crowd the release and create jams. Mathis has sufficient mirroring skills but has issues staying connected as routes elongate.

Zone Coverage Skills: Mathis does well to read the backfield and stay leveraged in zone. He is effective at layering coverage and squeezing routes. Ideally, he would offer more length, but he is sound in terms of reaching landmarks and spacing the field with good anticipatory skills.

Ball Skills: Mathis breaks on the football with good timing and technique and is capable of disrupting at the catch point. He does well to play through the hands of receivers when challenged. With that said, his ball production has been modest and he’s missed some opportunities to drive on the ball early and secure interceptions.

Versatility: Mathis is experienced in a variety of coverage techniques with nearly all of his reps coming as a wide corner and rarely in the slot where some teams may like him at the next level. He will be an asset as a run defender in the NFL. Mathis has modest experience on special teams from his time at Pitt.

Functional Athleticism: Mathis has sufficient athleticism but it doesn’t appear to be top-tier. He has sufficient quickness and speed but allows separation as routes elongate. He isn’t a bad athlete but his game is predicated more on toughness and instincts.

Run Defending: Mathis is a terrific run defender that can play off contact and tackle. He has an alpha mentality as a run defender and will improve that aspect of a defense. If he ends up as a slot corner in the NFL, his team should feel good about him being on the field and being able to defend the run.

Length: Mathis only has modest length and more would be preferred for his style of play and how he projects. He is a good press corner that tackles well with modest athleticism that projects better to zone coverage in the NFL—more length would make him a more appealing prospect. His margin for error is reduced in multiple ways.