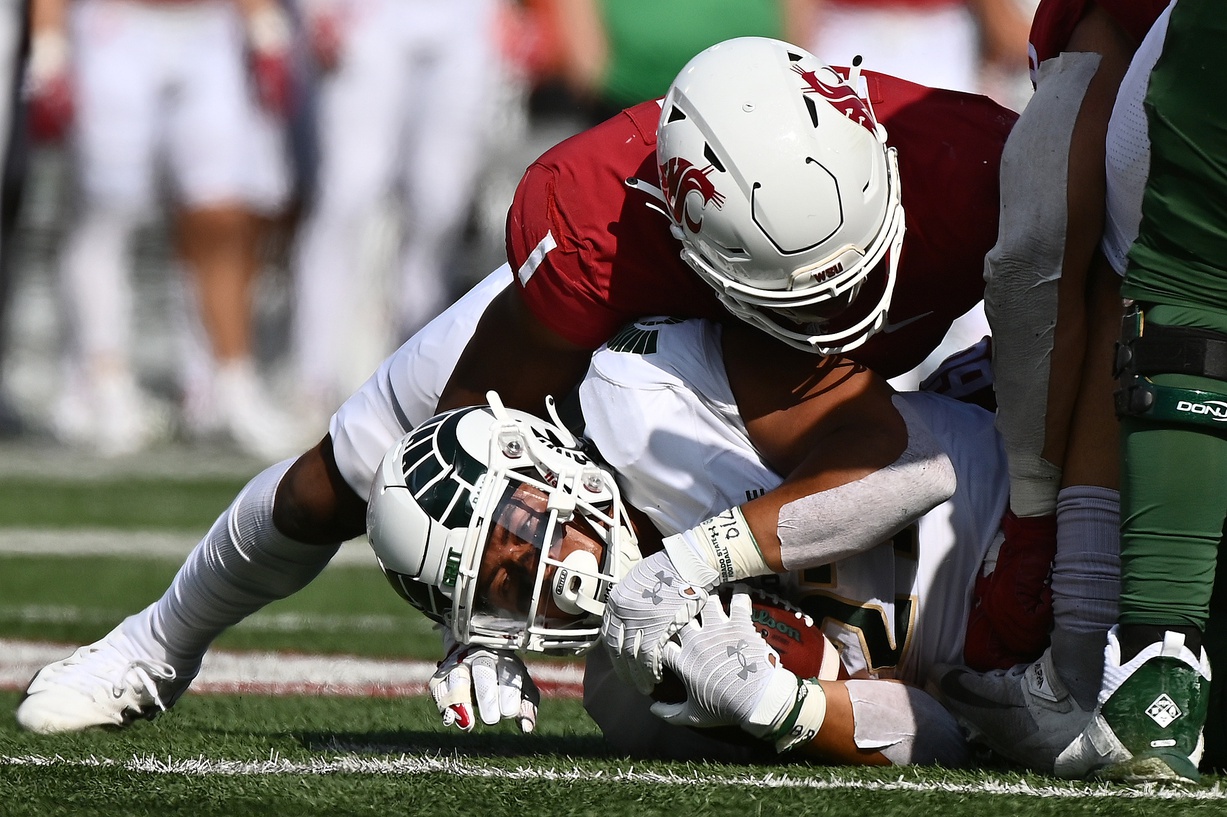 Pros: This is a highly athletic disruptor in the front who is showcasing an impressive nose for the football throughout the course of the 2022 season. Daiyan Henley is still relatively new to the linebacker position, which bodes well for his continued development as a player and offers perspective on just how enticing his instincts are. The Washington State front is fast to flow to the football, with none faster than Henley—he has a dynamic first step and is quite potent in stepping down into an alley when linemen part and give him a gap to crease. He’s a former wide receiver and defensive back so his ball skills when playing in coverage are considered a strength as well—look no further than his interception late to seal a win early in the season. Henley’s disruptive presence and aggression to trigger forward make him an interesting hybrid option—I could foresee him taking on a role in the NFL similar to that of Haason Reddick. That’s obviously a best-case outcome but with his length, slipperiness in traffic, and apparent upside to play in multiple roles as a stack backer or as a hybrid linebacker, it is a role I believe he can fill successfully. He’s an explosive finisher, which helps him to compensate for his modest size as a second-level/box defender. Additionally, he shows good flow as a run defender to scrape with backs and mirror in space, re-tracing when necessary, and working overtop of blocks to ensure leverage to the sideline.

Cons: As surprising as it is to see Daiyan Henley scraping and working overtop of blocks, I am still a bit unconvinced of his success doing it at the NFL level. He may need some protection from the front he plays behind to allow him to flow freely—that jump in competition figures to offer new challenges and more resistance. Teams that want their inside linebackers to offer physicality and plug gaps may view him as a sub-package linebacker only or, at worse, not at all. But defenses in need of coverage and sideline-to-sideline range should find some variance of a role in their respective system. Henley’s speed and ability to flood gaps quickly have shined in every game of this season but upon the jump in level of competition, his best games have come against lesser competition—can he continue his torrid pace of negative plays through the Pac-12 schedule? If so, it will alleviate the sample size concerns or assertions of boosted production against lesser teams.