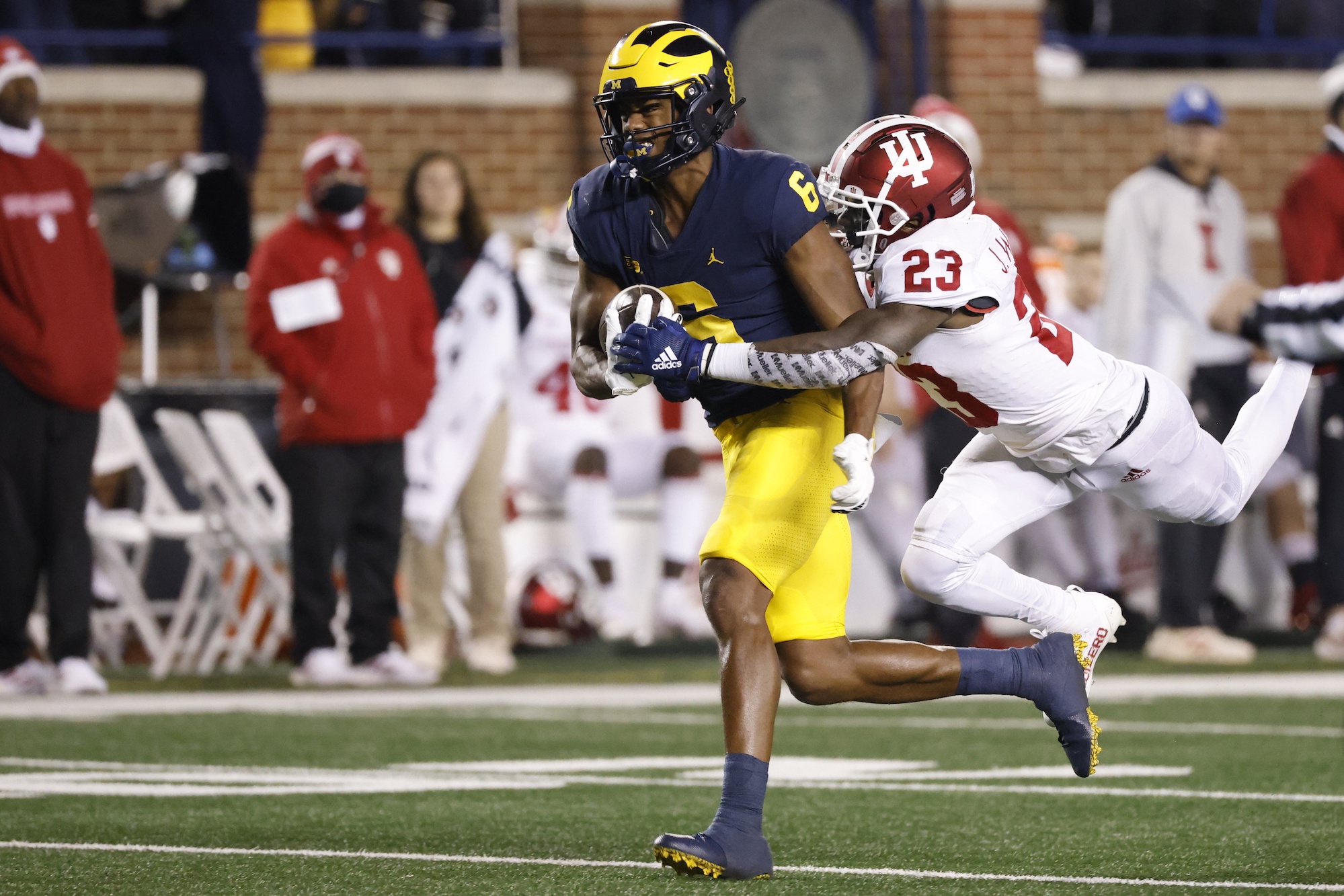 Pros: Someone the draft community is not discussing enough this summer is Cornelius Johnson. He has an enticing toolbox to defeat defenses on all three levels. His long and angular frame quickly stood out. Johnson uses his size and frame to play basketball by boxing out smaller defenders. He uses his frame and strength to play through contact during his route stems. He does a good job mirroring his stems early in the route—they look the same until they are not. He pushes vertically well to stress the defender’s reactive transitions down the field. As a result, he can free up space underneath or across the DBs face. Johnson’s stem work is impressive for a bigger receiver. The way he sets up defenders is exciting. He combines route tempo, stems, and sharp plants/cuts. He attacks space and leverage to manipulate his opponent’s hips before breaking away. Johnson’s body angling and eyes help sell his routes. He has good play speed, especially for a WR of his size and stature. Once in the open field, he can pull away from defenders. I love the effort he plays with. On special teams, he blocked two punts in 2021. If you are a fan of big receivers that move smaller, Johnson is your guy!

Cons: Cornelius Johnson did not face a ton of press/bump and run coverage, leaving his release package with room to improve. Being a big receiver has its benefits and detriments. On stops and comeback routes, Johnson does not offer optimal hip sinkage. As a result, it takes him a few extra steps to come to a complete stop. He was charted with six drops on 62 targets, five of which came on underneath targets. For a big-body receiver, becoming more consistent in contested situations will help his overall outlook. On his 16 contested targets, he only hauled in 31%. This must improve to show he can win those jump-ball situations with his physical attributes. The quarterback and offensive system has held this young man back. Inaccurate passes and overly-committed running game plans do not provide quality targets for Johnson to showcase his full potential.