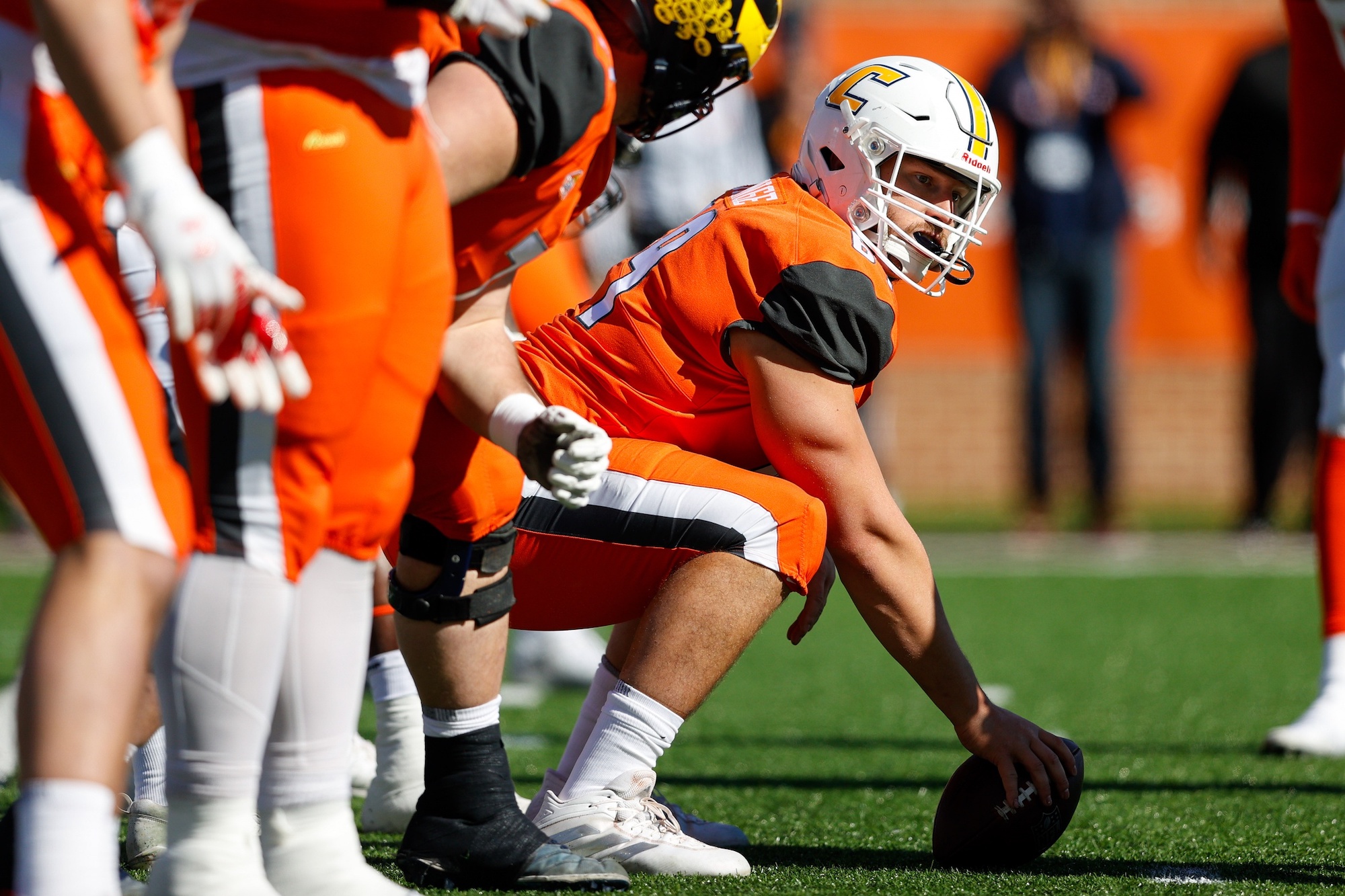 Strange is a nasty blocker with ideal temperament. He brings the fight on every snap and his motor always runs hot. He gets after people and keeps battling through the whistle. He has the edge teams are looking for.

Strange plays with good leverage and bend. He changes directions well and I like his ability to flip his hips and redirect in pass protection. There isn’t notable stiffness when watching him play.

Cole Strange started 44 games during his time at Chattanooga with 41 of those coming at left guard, two at left tackle, and one at center. He does offer positional flexibility but I like him best at guard where his run blocking and football IQ are best on display.

Strange is an aggressive but controlled blocker that has a nasty demeanor with good power. He’s a good athlete that showcases the ability to work laterally and hit blocks in space. He’s a people-mover in the run game and his motor always runs hot. In pass protection, his punch is firm and he has a stout anchor. He has terrific awareness and understands body positioning. He showcased himself very well against Kentucky in 2021 which helps ease any concerns about the quality of competition he played against at Chattanooga and will have the opportunity to compete at the Senior Bowl.

When it comes to concerns, Strange can be tardy to refit his hands and keep his feet engaged in pass protection. This leads to issues with opponents working to his edges and those edges being slippery. He will also turn 24 before the start of his rookie season. Overall, Strange can provide versatility as a reserve but has the traits needed to develop into a quality starter.

Balance: Strange is an aggressive blocker but is also controlled. He has good contact balance while playing with good bend and leverage. Overall, his coordination and weight distribution is ideal.

Anchor Ability: Strange absorbs power well with his firm anchor. His commitment to playing with good bend and leveraged hips enables him to drop his anchor and hold his ground. His initial pop in his hands and stout anchor make it difficult for opponents to rush through him.

Power at POA: Strange is a people-mover in the run game. His firm punch, leveraged hips, and powerful leg drive enable him to displace defenders and wide lanes. He has NFL-caliber power to exchange in the trenches.

Hand Technique: Stranger has a firm initial punch and it helps him control reps. His punch is well-timed and placed well. With that said, re-fitting his hands can be an issue and his edges can be slippery.

Football IQ: Strange’s football intelligence shines on tape. He has terrific spatial awareness and ability to adjust in pass protection. He has excellent timing in the run game and understands body positioning.

Versatility: Strange has primarily played left guard in college with some reps at left tackle. I like him best at guard at the next level where some of my footwork concerns can be mitigated by not having him play on an island. He has appeal in either a zone or gap run scheme but is likely a better fit for zone given his lack of mass.

Pass Sets: Strange likes to set quick and gets hands on his opponent quickly. Twitchy rushers can stress his footwork and ability to be consistent with his set points. That combined with refitting his hands are the most important things for him to develop.