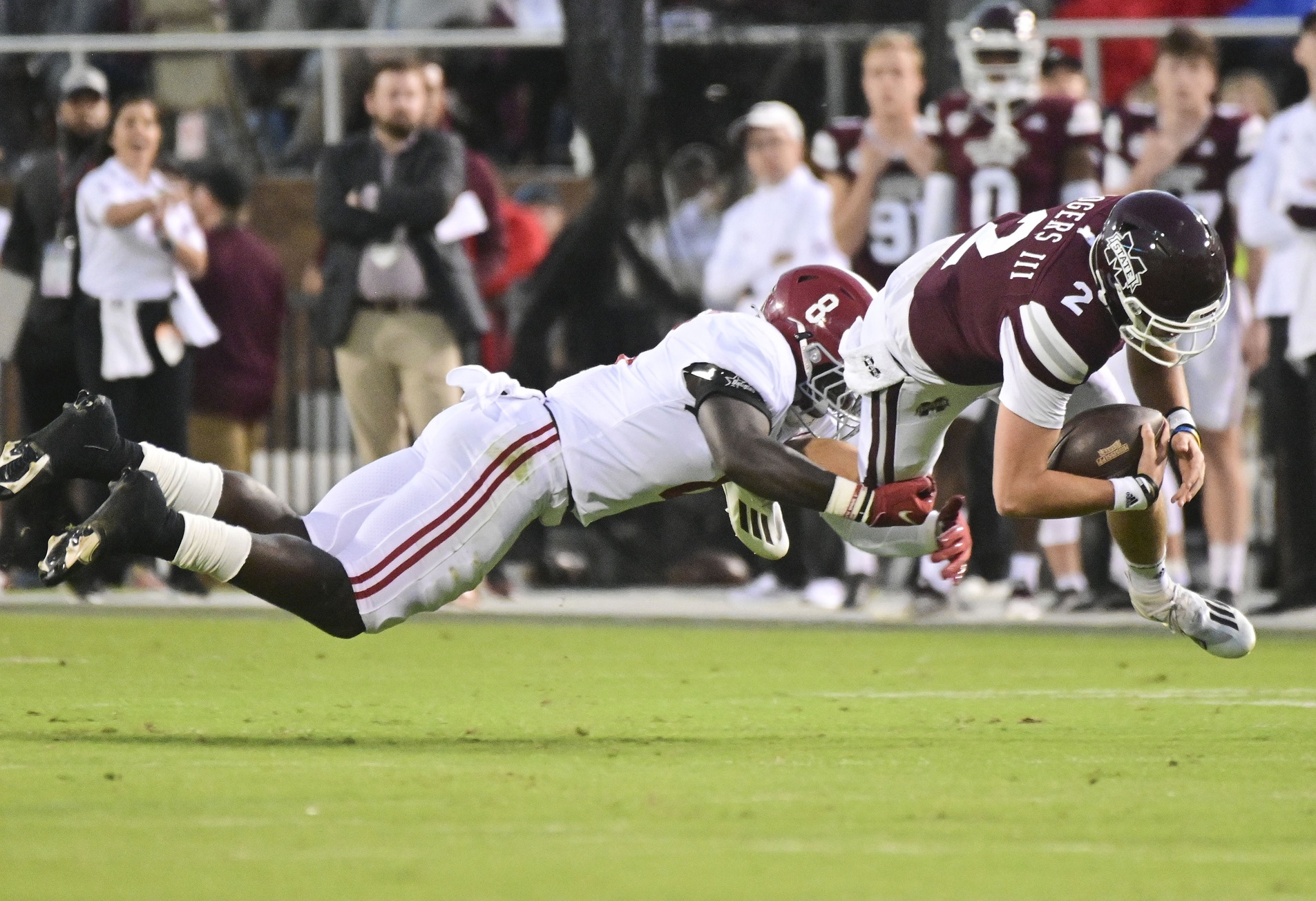 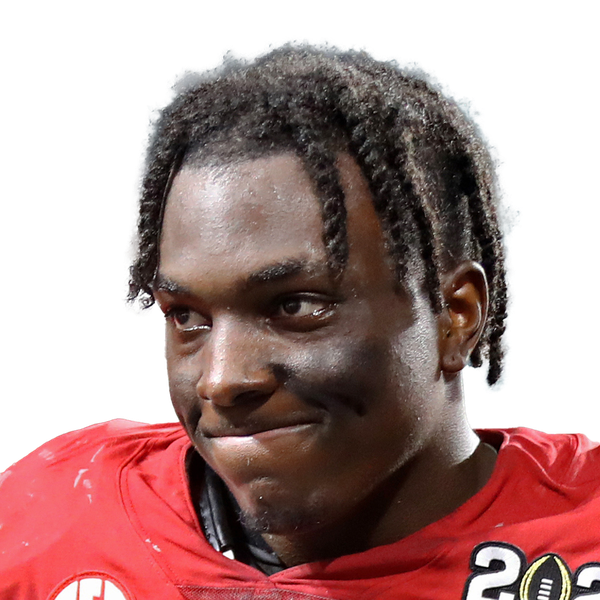 Harris should offer his NFL team some kind of value on all three downs.

Harris provides great versatility as a linebacker. His athleticism automatically qualifies him as a three-down linebacker. Can play the WILL linebacker on early downs and then move to the inside linebacker position on passing downs.

Harris’ lateral mobility as a linebacker is a trait that sets him apart from others. Can stick his foot in the ground and change direction in open space. His lateral mobility allows for him to have great reactionary athleticism. Uses his fluid lateral mobility in zone coverage to become a disruptive zone defender.

Do you like linebackers who can make splash plays on passing downs? Us too.

Pass coverage is Harris’ best trait. Has made big-time plays defending the pass. Has excelled at running with RBs on wheel routes down the field. Also showed the ability to run with TEs and slots pushing vertically down the seam. Has fluid hips and good change of direction to run with underneath option routes. This is a part of the game where his athleticism really stands out.

Christian Harris is a three-year starter for the Alabama Crimson Tide defense, having started since his true freshman year. Harris is a former 4-star recruit that played multiple different positions in high school, including tight end, cornerback, and the starting punt returner. His athletic background shows itself in his linebacker play at Alabama. Harris looks the part of an NFL linebacker with a strong upper body and a thick, muscular lower half.

Combined with this frame, Harris is also an exceptional athlete that thrives at playing space. He has the versatility to cover backs out of the backfield and run with TEs vertically up the seams. In the run game, he is a physical presence that can deliver physical blows to ball-carriers. Harris is a versatile linebacker that has three-down value in the NFL because he can play against the run and has the athleticism to match up with TEs and RBs in pass coverage.

Ideal Role: As a space linebacker that is responsible for making tackles in space and covering TEs and RBs out of the backfield.

Scheme Fit: 4-3 WILL linebacker where his run fit responsibilities are defined and he can play in space on passing downs.

Tackling: Flashes the ability to become a high-level consistent tackler but struggles at times to bring ball-carriers down the ground. Can leave his feet too quickly instead of closing the distance between him and the ball-carrier more. Seems to have regressed from last season to this season in this trait. Overall, he is inconsistent and this is a trait he needs to improve on in the NFL.

Football IQ/Instincts: Harris shows that he is a smart player by his ability to play the MIKE, WILL, and nickel position in the Alabama defense. Flashes moments of hesitancy to attack the line of scrimmage on run plays, which could be an issue of quick processing. Waits for the play to fully develop instead of using his keys to quickly come downhill and make a play in the backfield.

Competitive Toughness: Harris competes at a high level, it just seems to be inconsistent. Sometimes he is seen running ball-carriers down 30 yards down the field, and other times he’s giving average effort running to the football. Competing every down seems to be an effort issue and not a toughness issue—a trait that I feel is correctable.

Block Deconstruction: Harris has the functional upper-body strength to lock and shed offensive linemen to make himself available to tackle ball-carriers. Harris also has a quick athletic move that allows him to swim over blocks and get to the ball-carrier. At times, Harris doesn’t use proper technique and struggles to shed offensive linemen, which could lead him to being displaced by five-plus yards at times.

Flexibility: Harris has fluid and loose hips. Flexibility displays itself through his ability to change direction in the open field. Has made multiple plays defending the pass 20-plus yards down the field.

Leadership: Harris is one of two signal-callers for the Alabama defense. Gets the defense lined up and in the right position. His motor has been inconsistent and his play does not lead by example at times. Can look disengaged from the game at times.