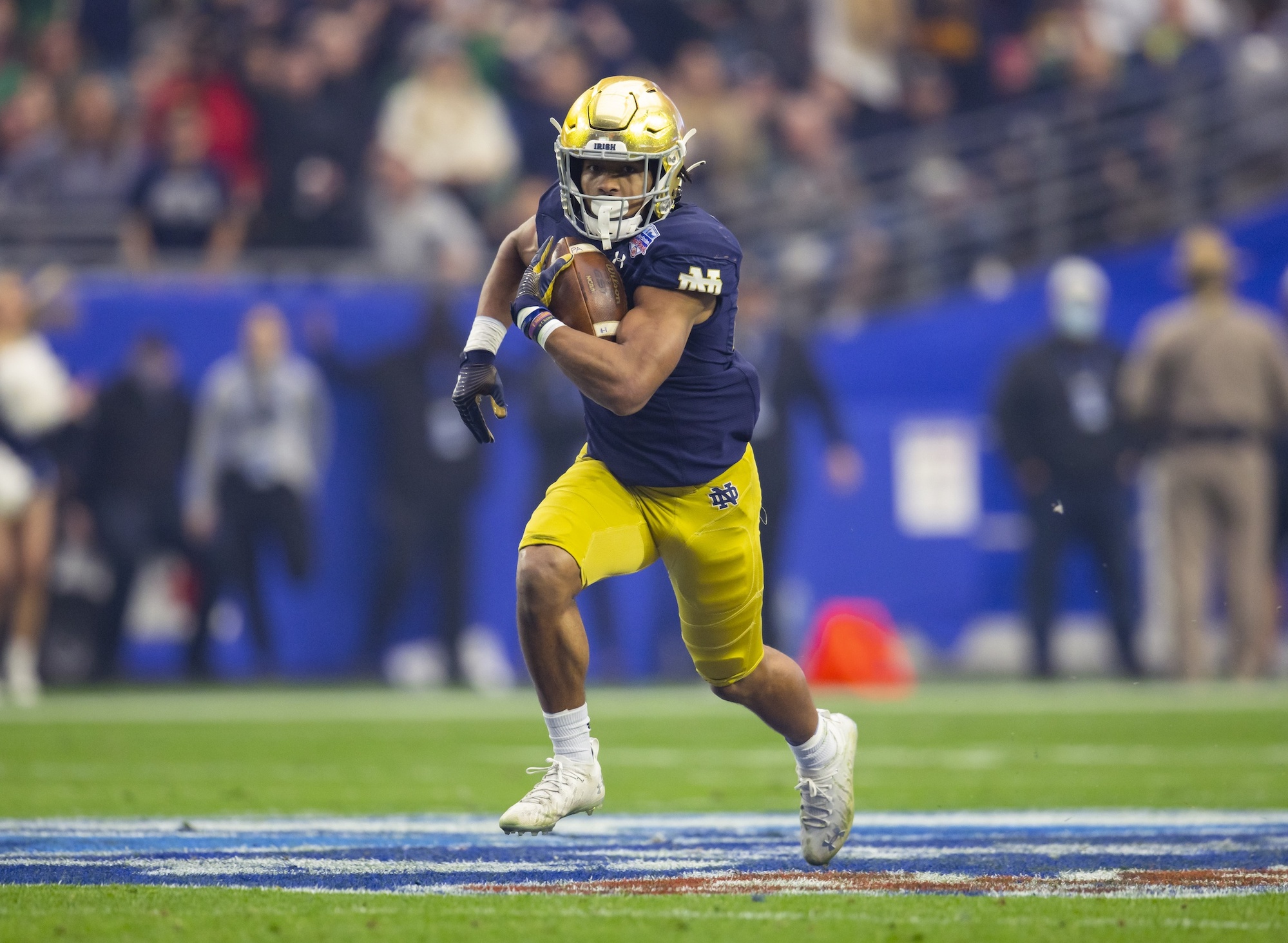 Pros: The reported athletic profile here is through the roof. As a high school recruit out of Virginia, Chris Tyree was credited with a 4.23s 40-yard dash and one of the biggest vertical leaps at the position in his class. That athleticism does indeed pop in the open field; Tyree showed the ability to break off big gains with the ball in his hands. He did so in 2021 as a runner, a receiver, and as a return man, logging a nearly 100-yard touchdown return versus Wisconsin and then finishing the year with an explosive long touchdown reception versus Oklahoma State in a zero blitz situation. With Kyren Williams off to the NFL, one would expect Tyree to expand his role and his production should skyrocket as a result—especially if the Irish offensive line takes a step forward after an ineffective season for the team’s front five in 2021. Tyree has ability as a receiver and a dynamic profile. That’s an impressive combination that serves as the foundation for his game. To build upon that, he’s sudden with his cuts and showcases a strong ability to force missed tackle attempts in one-on-one situations. Additionally, his stature makes him a difficult ball carrier to square up and finish in the open field.

Cons: The offensive line issues from 2021 are significant and played a large part in the paltry 4.0 yards per carry that Chris Tyree posted last season, but there are areas in which I think he can help himself with improvement as well. I’d like to see him showcase a little more consistency pressing the line of scrimmage and a willingness to duck up into interior gaps for tough runs—although even then I’m not sure with his stature that he’s going to ever going to be a finisher as a runner. He is diminutive with his frame and as a result, he hasn’t shown a firm ability to push piles. Contact in all phases is not a strength, including in pass protection—Tyree has not shown the kind of appetite for this portion of the game to inspire him as an every-down option. In many ways, he was the complementary foil against Williams, who was not as dynamic but also not as good in the passing game in both receiving and protection phases. Playing second fiddle to a fifth-round pick will beg some questions about his readiness to be a featured player as well, which is why the 2022 campaign can be such a big one for him to change the narrative.