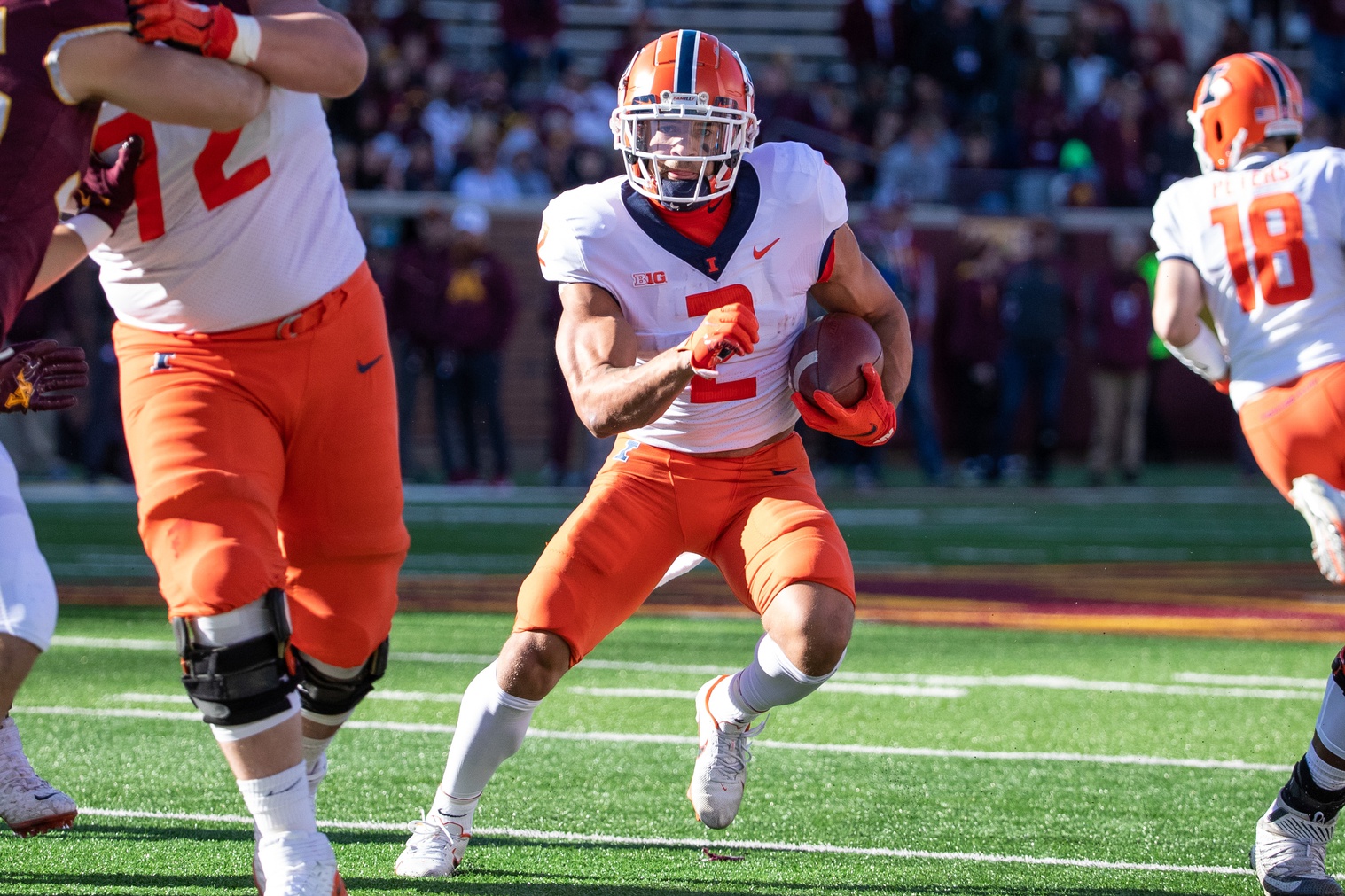 Pros: Chase Brown enjoyed his big breakout campaign in 2021, logging more than 1,000 yards for the season and averaging 100 rushing yards per game. That season, and the one before in 2020, flashed some intriguing traits that could make him an effective change-of-pace or rotational back at the NFL level. Brown has a sprinting background and that is evident when he gets the sideline—there’s a visible second gear that takes over and allows him to manufacture some chunk gains. Brown pairs that with choppy steps in short spaces, however, allowing him to jitterbug his way through traffic and find creases as they develop. He’s not been overly productive in the passing game but he has flashed some nice efforts with his hands to catch the ball down the field—he had one impressive contested catch running the rail in the games I studied. Brown has also logged a handful of kickoffs as well, giving him a potential tiebreaker versus other bottom-of-the-roster running back candidates. Most of his big runs seem to have come from zone concepts, illustrating confidence in his keys and quick reactiveness to act upon developing lanes.

Cons: Chase Brown doesn’t necessarily project as a great third-down back for any value in protection schemes but he does appear to have requisite hands for catching the ball. Furthermore, while he does run tough and shows good leg drive, I’d probably defer to a bigger back to serve in short-yardage and red-zone opportunities, so we’re still in the process of discovering his differentiating traits from other rotational early-down backs. He’s got his speed, but I have yet to believe he’s a well-rounded back that could take on a large primary role at the NFL level. And I fear that without that aspect of the position, he may get lost in “positional value” conversations amid a logjam of late-round backs.