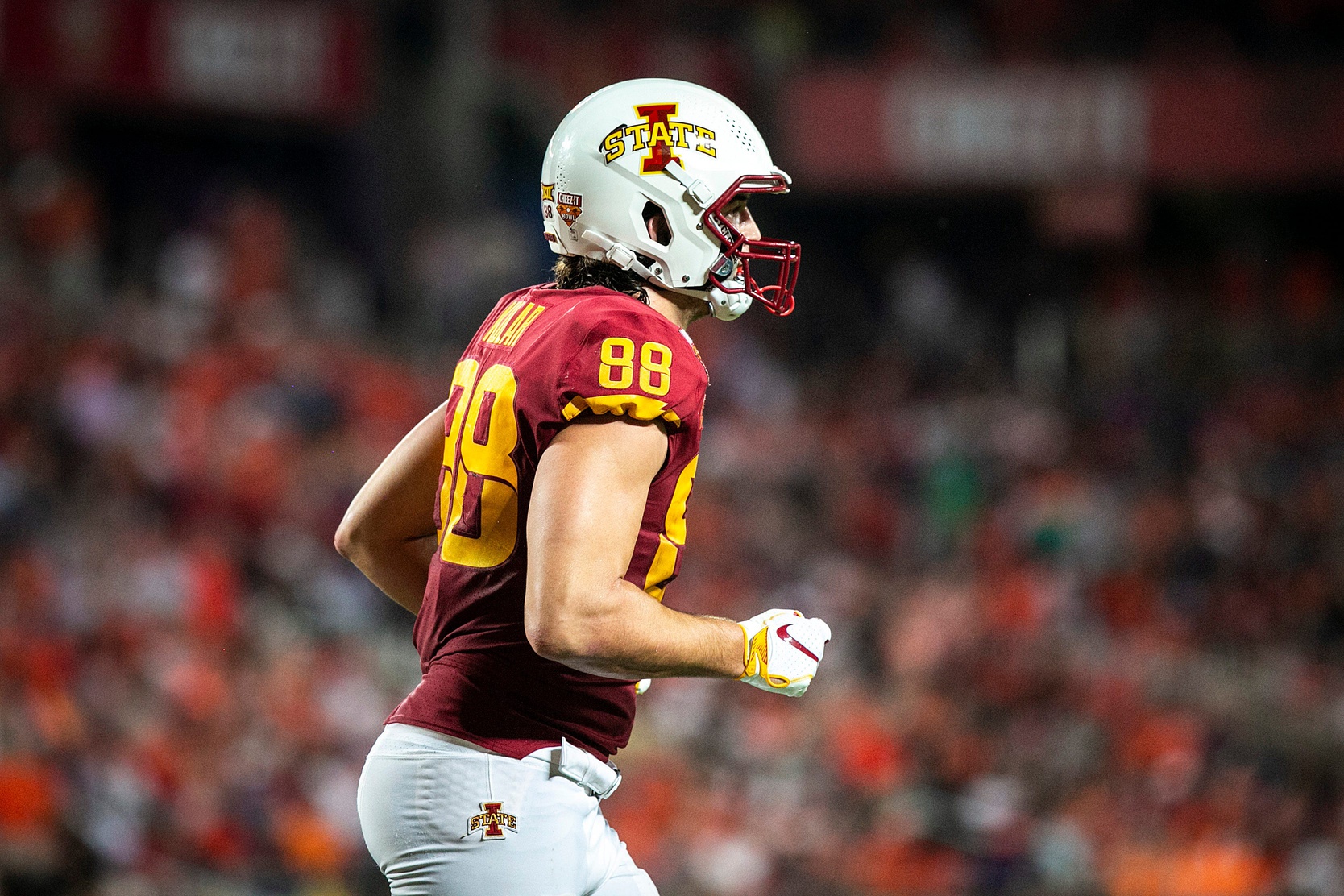 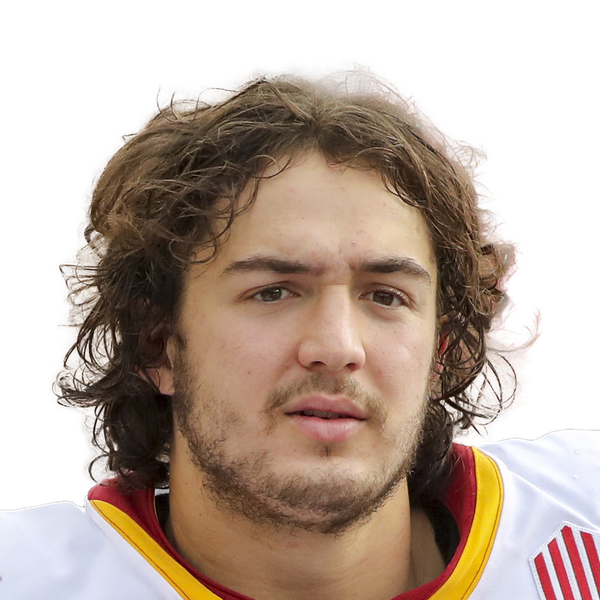 Kolar has an excellent pair of mitts. His soft hands are as reliable as they come in college football. He comfortably plucks the football out of the air with full extension. In traffic, Kolar consistently reels in his targets. His strong hands make him a quarterback’s best friend and safety blanket. Since 2019, he has a drop rate of 3%.

Kolar’s competitive toughness is showcased in the contact window. He will absorb contact during the catch and at the catch point. Due to his big frame, he has a large strike window. Regardless of the opponent, Kolar remains resilient in his competitive approach. He competes in the run game despite poor leveraging.

Kolar is exceptional at tracking the football in flight. He operates with calmness and confidence in his ability to make a play on the ball. Despite lacking athleticism and leaping ability, Kolar uses timing and his huge catch radius to reel in contested catches. Purdy had the utmost confidence in Kolar against defenders in contested-catch situations.

Charlie Kolar was a 3-star recruit out of Norman High School. His brother, John, was a QB at Oklahoma State for four years and was a member of the Cyclone football team in 2019 as a graduate transfer. Kolar’s mother, Maria, played volleyball at Notre Dame. According to 247 Sports, Kolar ranked as the No. 57 tight end in the nation and No. 20 player in Oklahoma. He is a long-legged and spindling mover. He does not possess dynamism or explosiveness. As a receiver, his best work comes from working the seams, crossers, and quicker routes. He can be impactful in-line as a traditional TE and detached in the slot. He’s a solid blocker that needs to improve his leveraging and weight distribution. Kolar has a pair of the best and most reliable hands in college football. His innate ball skills make him a productive red-zone threat.

Route Running: Kolar is a long-legged galloper. As a result of his hip stiffness, Kolar struggles to hit the breaks at the top of his stem. He lacks twitch and explosiveness to defeat man coverage consistently. Therefore, do not expect him to create natural separation, he will be more effective attacking zone coverages.

Contact Balance: At 260 pounds, he has a leaner frame than expected. Kolar plays with solid strength to fight through contact after the catch. Responds well and plays through physicality during his route stem. As a result, he rarely loses balance during these exchanges. He has developed the “post up,” by using his big frame to shield defenders away from the football. Absorbs the contact while elevating.

Blocking Skills: Kolar is a willing, active, and competitive run blocker. He will work hard to turn and seal his opponent. There are mechanical and technical flaws that hinder his overall effectiveness. As a result of his 6-foot-6 frame, Kolar’s pad level and hips are often too high. He loses the leverage battle almost instantaneously. If he can improve and begin to sink and drop his weight, he will anchor better as a blocker.

Football IQ: Kolar has good knowledge of down and distance. He understands where his route should be run in regards to the first-down markers. Identifies coverages quickly into his stem. Finds the soft spot in zones to present himself to his quarterback.

RAC Ability: Kolar does not offer much after the catch. This is a result of his lack of dynamic and explosive athleticism. His yards after the catch opportunities are dependent on which coverage he is facing. Against zone, he has more room to secure the pass and turn upfield. This season, only 226 of his 731 yards came after the catch.

Pass Protection: Similar to run blocking, Kolar is an active and willing participant. He uses his length and footwork to mirror/match his rusher. He maintains a good base and knee bend. Displays more than adequate lateral agility to cover ground. Pad level remains a concern. If a rusher is able to make powerful contact, Kolar’s balance can be negatively affected.

Big Play Ability: Kolar is not known for big or explosive plays downfield. He is not a vertical threat for the defense to consider—despite having 13 yards per reception over his career. His game revolves around working the short-to-intermediate areas. His contested-catching prowess can provide some explosive plays but those throws are riskier.