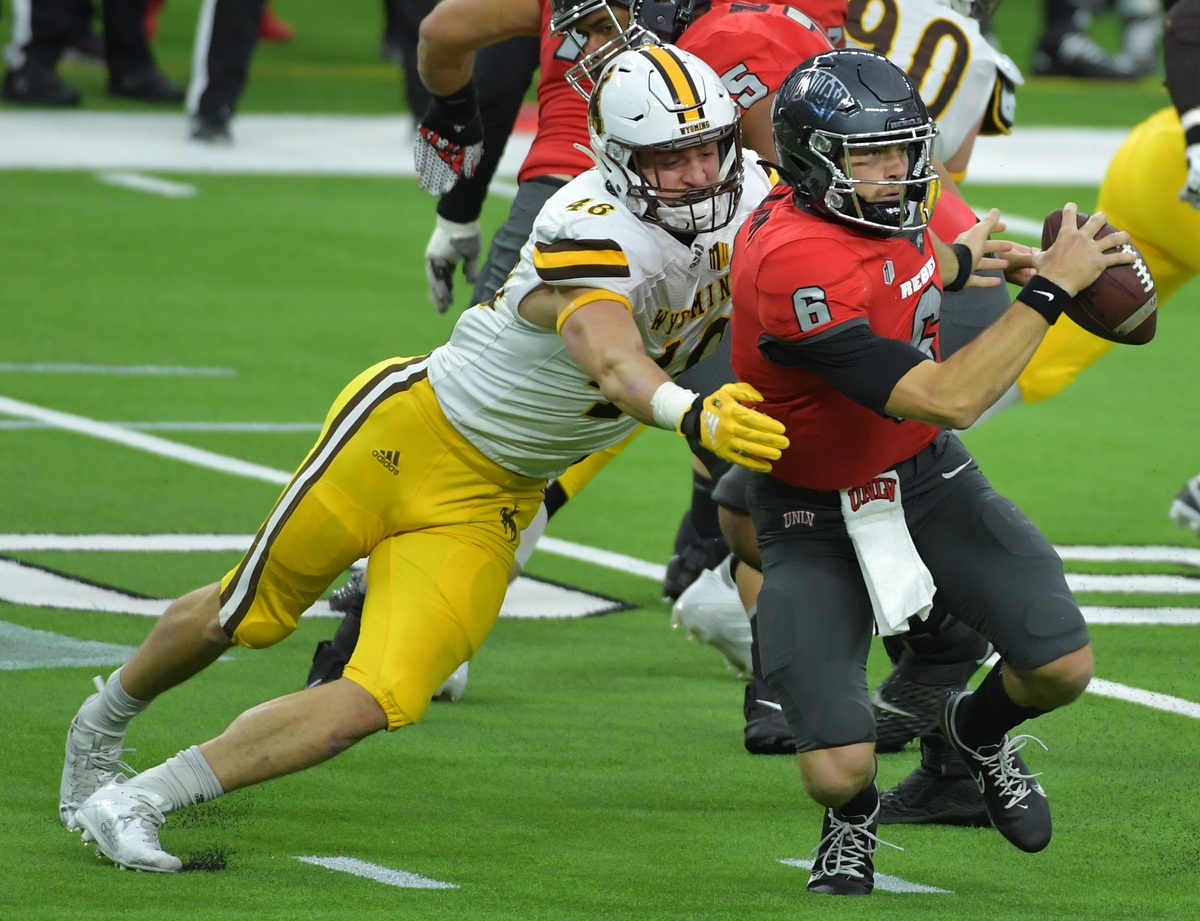 Muma has high-level football IQ. He’s rarely fooled by misdirection and does a good job locating the football. His instincts allow him to play fast as he can beat linemen to the spot before they get on top of him in the box.

His presence and physicality to play in the box makes him an early down asset.

He is a downhill player who quickly deciphers run plays. He defends the run well and is among the leading tacklers in the nation. His tackling efficiency is good and he rarely misses tackles in the box.

Muma has received high marks on (and off) the field.

He is a high-level leader on the football field. He makes all the calls and easily gets guys aligned. He also is the emotional leader that his teammates look to during adversity.

Chad Muma is a linebacker who roams the box for the Cowboys’ defense. He’s a good athlete with regard to agility and lateral mobility. In the run game, he’s excellent due to his outstanding instincts in the box. He is heavy at the point of attack and overall has outstanding tackling efficiency in the open field. He really misses tackles in the box or in space.

In the passing game, he is outstanding, giving him true three-down value. He is athletic enough in coverage to cover running backs on routes. He is outstanding at using his spatial awareness and instincts to get in the passing lanes. He has good hands to secure interceptions, as well. He makes all the calls defensively and easily adjusts with motion. In the NFL, he should be a starter in sub-package situations initially, with the opportunity to grow into a starter with pro coaching.

Ideal Role: OLB in the NFL, initially in sub but progressing to become a starter.

Tackling: He has very good tackling ability. He rarely misses tackles in the box and also does a good job out in space. He is always among the leaders in the nation and conference in tackling, showing his prowess for always being around the football.

Competitive Toughness: He plays the game with good competitive toughness. He is a physical presence as a tackler in the box. He also plays hard late in games, showing good emotional endurance in the process.

Pass Coverage: His ability in the passing game is good. His drop range and instincts allow him to get in the passing lanes to secure off-target throws in the short-to-intermediate areas. He is adequate in man coverage but instinctive enough to get enough depth and allow the ball to bring him forward.

Block Deconstruction: His block deconstruction is adequate with regards to his projection in the NFL. He easily uses instincts and timing to get to the ball-carrier in that division. However, he will need to improve at the point of attack and with his hand usage to have continued success in the NFL.

Lateral Mobility: His lateral mobility is good. He easily flows and scrapes to the ball-carrier. This is also evident in his subtle movement within the box.

Versatility: He has an adequate amount of positional versatility. He could have issues playing in an odd front at this stage, but would easily suffice in this regard. However, playing covered up would allow him to thrive and would accentuate his strengths.