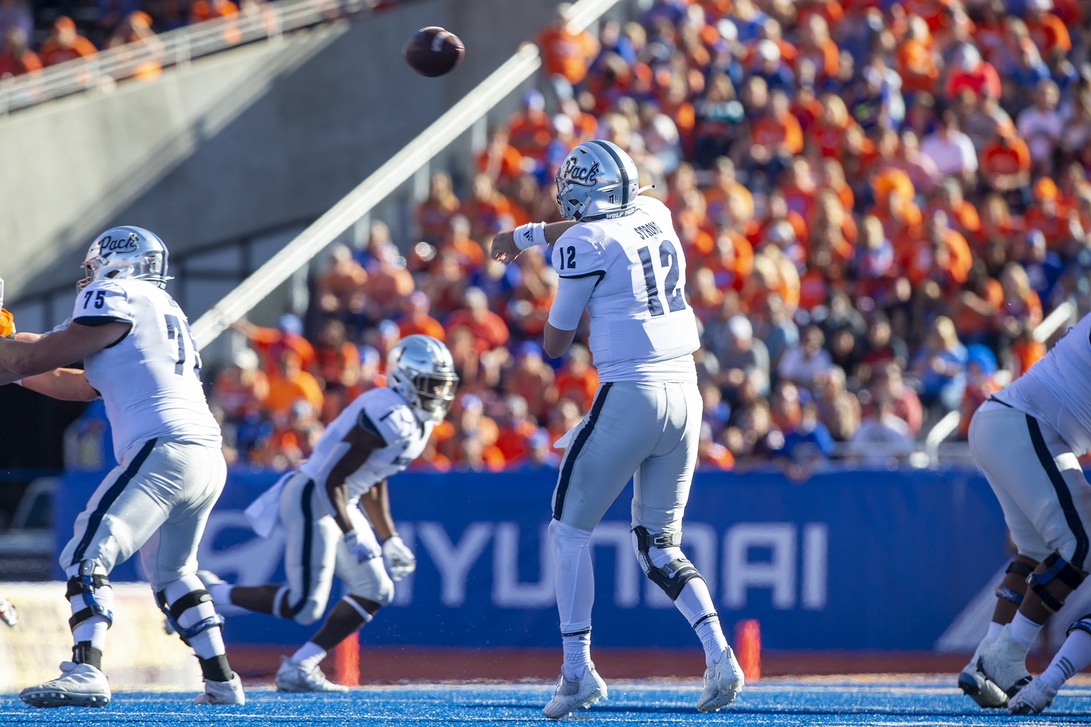 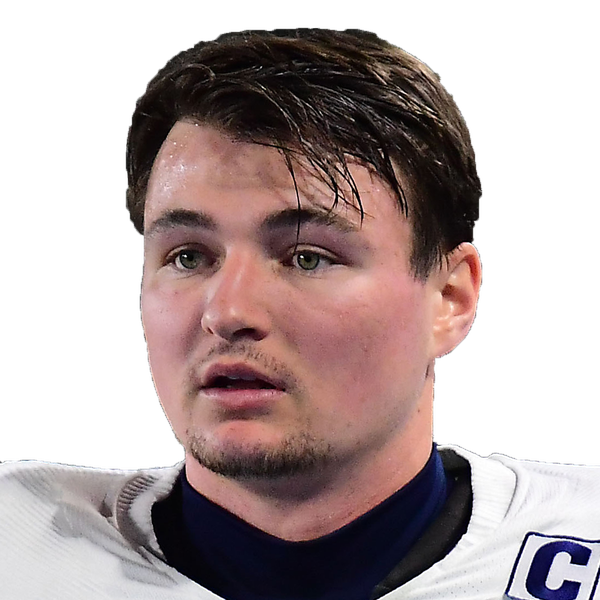 If kept clean, he can attack any area of the field.

He has superb arm strength. When his feet are set, he can deliver the football anywhere on the field. The ball jumps off his hands but he also shows that he can throw it with touch down the field.

He has been judicious with the football. He makes decisive and quick decisions and gets the ball out of his hands. At times, he will force the ball to his primary without going to his second and third options.

Has done well within the confines of his offense to maximize field of play.

In my opinion, he knows he lacks good escapability. So there are times if his primary read isn’t open that he will force the ball. When he has a clean pocket and has time, he does a good job of getting the ball where it needs to go.

Carson Strong is an average athlete with regard to mobility outside of the pocket. In the run game, he isn’t much of a threat to the defense as a runner and clearly would rather to deliver the ball from the pocket. As a result, running many of the zone-read concepts or QB-designed runs would be problematic with him. The passing game is where he thrives.

He’s more of a traditional pocket passer with very good arm strength and generally throws with a good base. Has a lot of pre-snap responsibilities in terms of protection and appears to handle it well. When throwing from a clean pocket his accuracy is good, but he definitely has some throws where he could have better ball placement. He has the mental processing to make quick decisions. Because he lacks good escapability, if his primary is covered, he will force the ball in—often for an ill-advised throw. As a result, he doesn’t always go through a full progression to hit his check down.

Nevada’s Air Raid-based offense provides many opportunities for him to display his downfield accuracy. However, the offense also can be attributed to his moments of lazy footwork and throwing with an inconsistent base. He has a good internal timer and he innately feels pressure on the backside. He keeps his eyes downfield and can throw receivers open on deep balls. He can look the safety off, throw the seams to the TE, and easily gets the ball out of his hands from the gun.

One of his best assets is his ability to take care of the football. Nevada’s offense calls for big shots down the field, and he has been judicious in this regard. Some of his turnovers in the exposures I’ve graded were situations where his receivers let him down. Although the league seems to be trending away from this type of QB, this is someone who would thrive with an effective running game, good protection, and a sure-handed tight end.

Accuracy: In their Air Raid offense, Strong demonstrates good accuracy with the football. When his base is set, he throws a catchable ball and gives his receivers a chance to be a threat after the catch. He throws receivers open on deep balls.

Poise: He does a good job remaining poised when there’s pressure in his face. He can drift in the pocket at times and seemingly has an internal clock and knows when to get rid of the football. He keeps his eyes downfield when escaping pressure in the pocket.

Release: He holds the ball low, which hasn’t been an issue thus far. However, I do feel he could compact his release and raise the football to get the ball out even quicker than he does.

Pocket Manipulation: He’s responsible for the middle of the field player. On seam routes over the middle, he does a good job of moving the middle-field player with his eyes and going where he wants to with the football.

Mobility: He is a traditional pocket passer who lacks good mobility for the position. His lack of good movement skills outside of the pocket will contribute to taking sacks in the NFL. Zone read and other movement concepts may be problematic for this player.

Leadership: He has a lot of pre-snap responsibilities at the line of scrimmage. He also shows good leadership over the course of the game when his team is facing adversity. He typically responds well to a turnover, thereby injecting life into his team.

Mechanics: He demonstrates good mechanics as a thrower of the football. He holds the ball a bit lower than I’d like. However, he gets the ball out effectively. He typically throws with a good base but can get his feet too close together, click his heels, and forget to reset his feet.