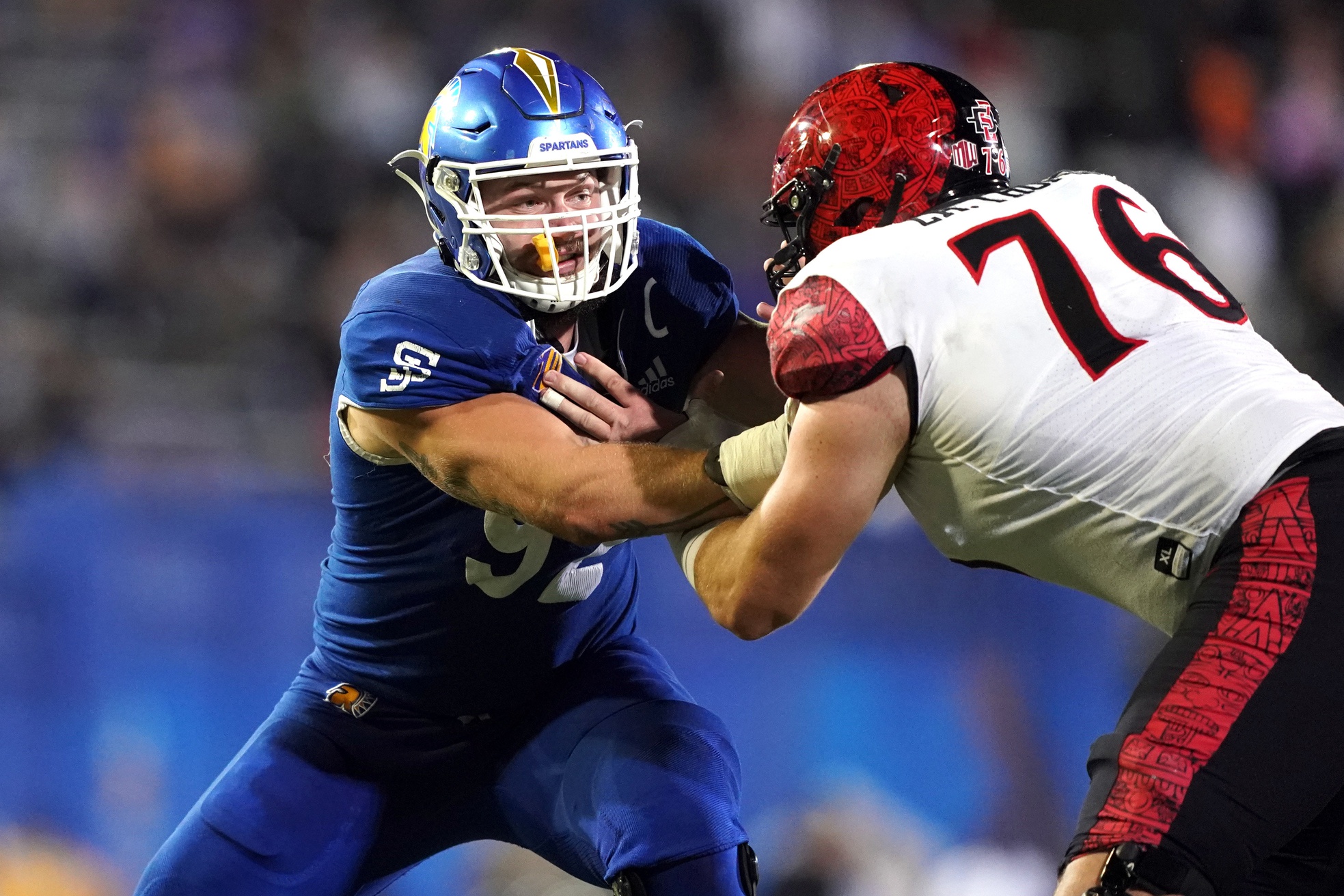 He demonstrates savvy and awareness to counter with his hands. This is primarily how he wins with hands, technique, and effort.

He plays the game with good strength. This is evident in his ability to hold the point and set the edge at that level in college. He also demonstrates his strength in his ability to deconstruct blocks and disengage.

Cade Hall is an average-level athlete with regards to quickness and agility. In the run game, he uses his motor on the backside of run plays. He displays toughness when he is the play-side run defender. He can disengage and move laterally to the football. In the passing game, he is a high-effort player who wins predominantly with hands and motor. He doesn’t have high-end athletic traits or movement skills but wins with his relentless motor, hustle, and technique. On third downs, he should remain on the edge. He is a slightly undersized player who lacks high-end traits but could have value in subpackage situations.

First-Step Explosiveness: He plays with average initial quickness off the snap. He is not a great athlete but uses his get-off and motor to rush the passer.

Flexibility: He plays with sufficient flexibility on the edge. This is evident in his ability to bend and get the edge.

Hand Power: He has good power in his hips and hands. He can jolt tackles back at the collegiate level.

Run Defending: He does a sufficient job defending the run. His physicality against the run helps him when he is playside and on the backside of run plays.

Effort: He plays the game with outstanding effort. He is a relentless pass rusher who rushes with an extreme desire to get home. He is just limited athletically.

Football IQ: He plays the game with good football IQ. He can alter his rush depending on where the QB steps up in the pocket.

Lateral Mobility: He plays with sufficient lateral mobility, as evidenced in his ability to move down the line to attack the run game.

Versatility: He has limited versatility. His skill set suggests that he can play in a 4-3 scheme only but would be best served to add mass to his frame.