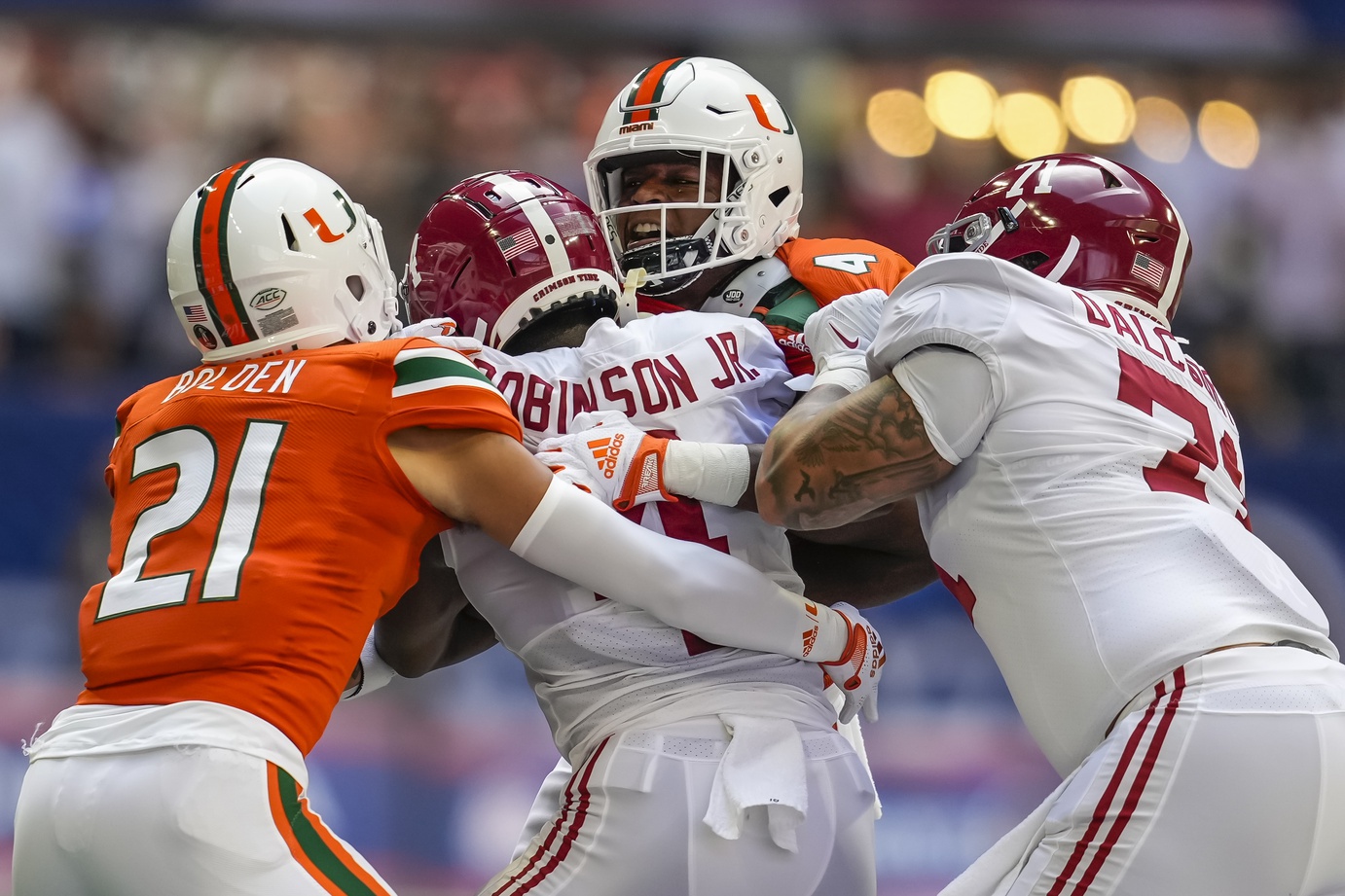 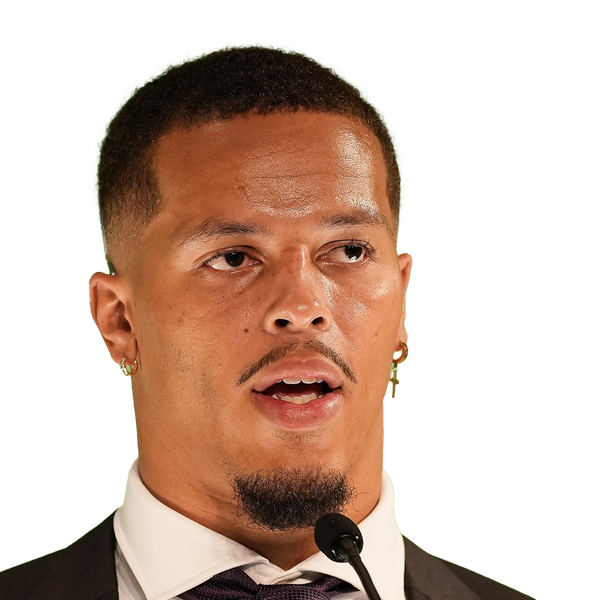 Bolden shows an ability to play either free or strong safety. He has good range as the single-high defender and also has shown well enough to hold firm in the box with good size and length. Bolden offers good versatility to be a reliable No. 3 safety and fill in either spot.

Miami’s Bubba Bolden is an intriguing safety prospect with prototypical size and athleticism. Bolden was a Las Vegas native who originally went to USC out of high school. Bolden had a run-in with the law early in his career which resulted in him withdrawing from school and then transferring to Miami in 2019. Bolden missed the entire 2019 season with an Achilles injury before having his breakout season in 2020, where he was a semifinalist for the Jim Thorpe award. Bolden aligns primarily as a free safety playing single-high in Cover 3, split-safety in two-high looks, and also lines up in the slot against tight ends. Bolden looks like how safeties are supposed to look on the hoof.

He’s long, built, and has a good frame. Athletically, Bolden has good straight-line speed and above average change of direction. In the passing game, Bolden has good range, instincts, and ball skills. He reads the quarterback’s eyes well and has enough burst to close on the ball. He has the requisite size and athleticism to cover tight ends in the slot in man. There are times when he gets too locked in on the quarterback and because of that, he stops his feet, allowing receivers to get behind him for big plays. In the running game, Bolden is an urgent filler and plays with good effort. Bolden must improve on his consistency as a tackler, however, as he simply misses too many tackles in the open field. He takes poor angles to the football at times and puts himself in too many bad positions. Overall, Bolden has upside because of his physical attributes but his inconsistencies with tackling, angles, and his inconsistency staying deep too often results in big plays for the offense.

Football I.Q: Bolden displays good overall instincts and awareness in the back end. He has good spatial awareness in regards to where receivers are on the field and is excellent at anticipating throws. This allows him to make plays on the football. Bolden trusts his eyes too much, however, and gets caught reading the quarterback for too long—stopping his feet and allowing receivers to get behind him.

Tackling: Bolden is an above average tackler who predominantly looks to ankle-tackle rather than deliver a blow. When he takes good angles and comes in control, Bolden can consistently bring down the ball-carrier. That being said, too often Bolden takes inconsistent angles and comes in wildly, missing a ton of tackles.

Range: Bolden has above average range on the back end of the defense. He has good speed to play red line to red line and gets a good jump on the ball with good eyes and anticipation. I wish Bolden had more production when he makes plays on the football as he does have the range to get to the spot.

Ball Skills: Bolden shows above average ball skills. He has recorded just two interceptions in his career but on those two interceptions he showed an ability to get up, high point the ball, and secure the catch. I wish he had more ball production and I do think his hands are inconsistent.

Run Defending: Bolden reads the run well and is urgent in run support to come down and fill the alley. He is an above average tackler when he plays in control. The issue with Bolden is that his angles are very poor, he doesn’t break down when tackling, and he doesn’t fight through blocks well enough for a player with his size and length.

Functional Athleticism: Bolden is a good overall athlete with good speed and short-area burst. He can run straight and close on the football and rarely do you see him beat vertically with speed. He does show tightness in his lower half and struggles to open his hips when asked to turn and run.

Competitive Toughness: Bolden is a competitive player on the field. He plays with good motor and energy and I have zero questions about his desire to help his teammates win. I do however question his physicality as he rarely looks to deliver punishing hits and would rather dive for the ankles. Additionally, he struggles fighting off blocks which could also be due to his lack of physicality.

Flexibility: Bolden is a smooth athlete overall who changes directions well. He is good in man coverage and stays square against most receivers. There are times he shows stiffness when forced to open his hips and turn and run.

Special Teams Ability: I question Bolden’s ability to excel on special teams. While he has the size, length, and speed to play teams and cover kicks, his lack of physicality gives me cause for concern. He misses too many tackles and struggles too often fighting off blocks to be viewed as a core special teams player.