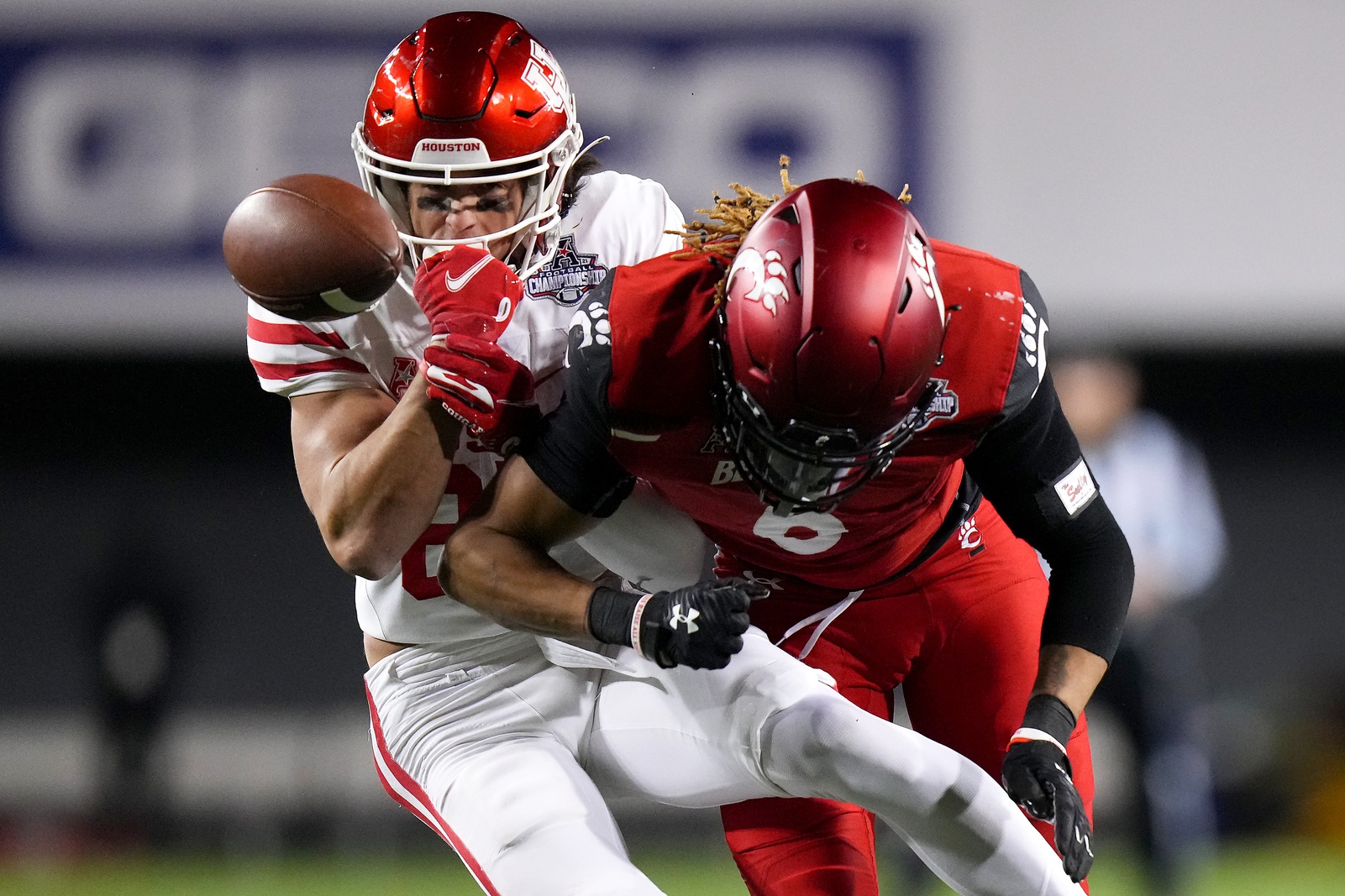 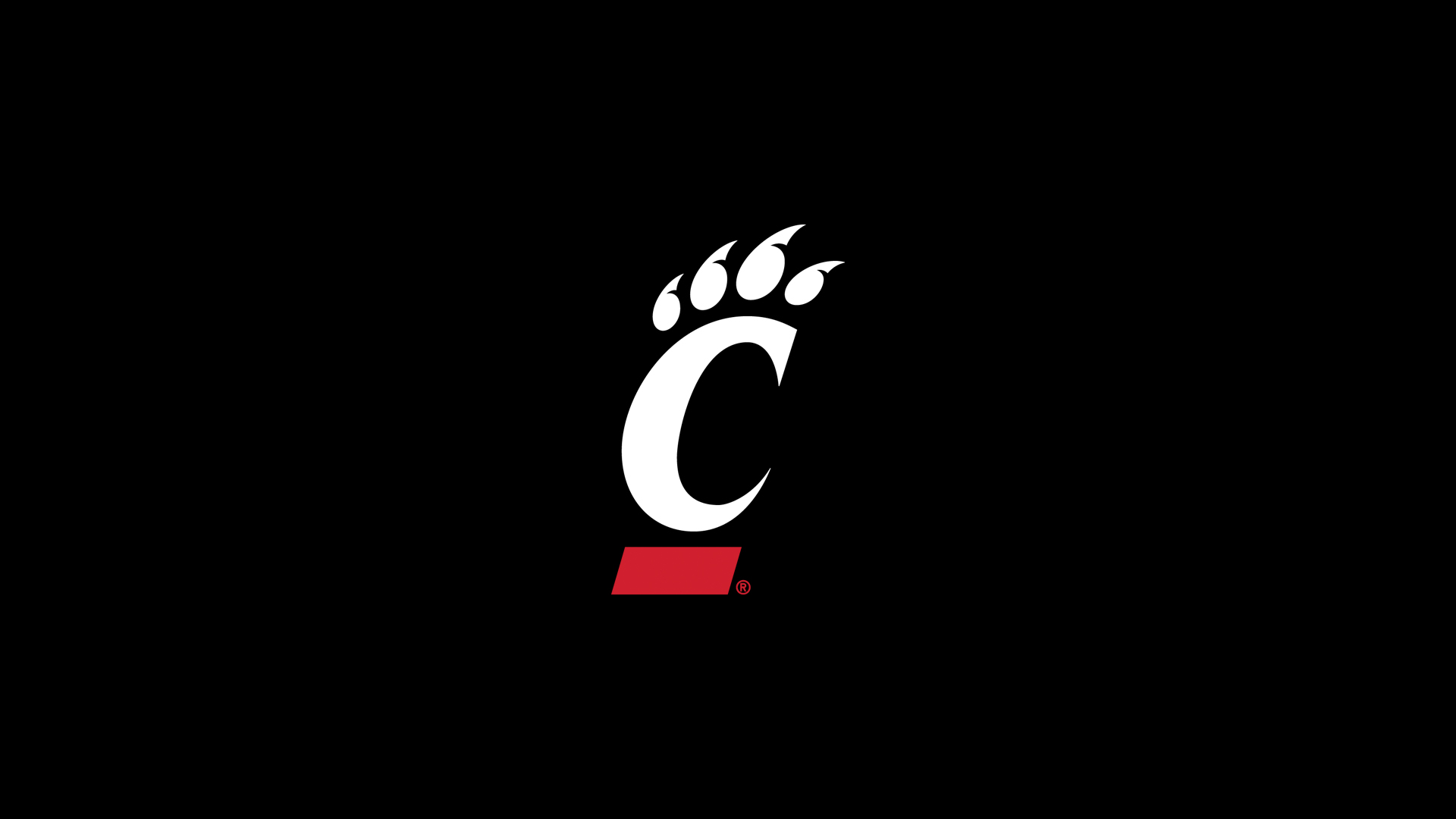 There is no doubt that Cook is an elite competitor on the field. He flies around and is enthusiastic about tackling and being physical. He’s aggressive to make plays on the ball when he has chances and was among the tone-setters for the outstanding Bearcats defense in 2021.

Highly effective playing inside of 10 yards of the LOS.

Cook is a standout run defender that does well to key, diagnose, and fit the run. He is an outstanding tackler that is aggressive when taking on and playing off contact in pursuit. He has a strong nose for the football and knows how to put himself in good positions to make plays.

He'll wrap you up or cut you down with consistency.

Cook is an outstanding tackler that does well to get himself in good positions to finish. He aims low, wraps, and always brings his feet through contact. He is reliable, aggressive, and a physical tone-setter.

A native of Cincinnati, Bryan Cook began his college career at Howard where he played from 2017 to 2018 before transferring to the Bearcats’ program. Cook served as a backup behind an outstanding pair of safeties and patiently waited his turn to start—which came in 2021 and he fared well. Aligning as a one-high safety, split zones, in the box, and from the slot, Cook’s versatility shined in 2021 and he was among the many tone-setters for an outstanding Bearcats’ defense. His best moments come when he can key, diagnose, trigger, and play forward. He is an outstanding tackler that does well to play off contact and take precisely calculated pursuit angles. In coverage, he mostly does well to stay leveraged but he’s more of a reactive than anticipatory player. His ball production has only been modest despite showcasing good technique and timing when he has chances to make a play on the football, but his lack of anticipation skills didn’t present many opportunities to get the ball. With that said, he concedes very little in coverage. Cook could develop into a reliable starter, but 2021 was the first year of his career that he logged more than 220 snaps on the defensive side of the football and his feel for coverage is still a work in progress. Cook has the makings of a standout special teamer that offers versatility and developmental appeal at safety.

Football IQ: Cook waited his turn for playing time and received it in 2021 and showcased sufficient processing skills. I love his ability to play in deep alignments, diagnose, and trigger downhill. With that said, his anticipatory skills in coverage are still a work in progress and he’s often more of a reactive player.

Versatility: Cook showcased plenty of versatility in 2021, lining up as a deep safety, in the box, and in the slot. He is a terrific downhill player that flashes the ability to stay leveraged in coverage. Cook should provide outstanding special teams contributions.

Range: Cook has sufficient range and Cincinnati wasn’t shy about giving him chances to serve as a one-high player. His range best shows up in pursuit when he is chasing from distance with good overall angles to the ball. I think he is more of a split-zone defender at the next level.

Ball Skills: Cook has flashed the ability to make plays on the ball but it’s not a strength of his game at this point. His modest anticipatory skills in coverage reduce his opportunities to make a play on the ball, but when opportunities are available, he showcases good technique to disrupt at the catch point.

Functional Athleticism: Cook is a sufficient athlete that features good closing speed. He maximizes his movement skills by taking good angles. He checks this box but falls short of top-tier athleticism for a safety.

Flexibility: Cook is sufficient when it comes to flexibility, but not inspiring to the point where man coverage reps from the slot should be a big part of his role at the next level. I’ve seen tight ends uncover on the horizontal plane and expose some tightness in Cook’s hips. He has what is expected from a safety.

Special Teams Ability: Cook has some experience on special teams in college with most of it coming in 2020 and very little overall on the punt coverage unit. His playing style suggests he will be an excellent special teams player in the NFL but he needs to prove himself.