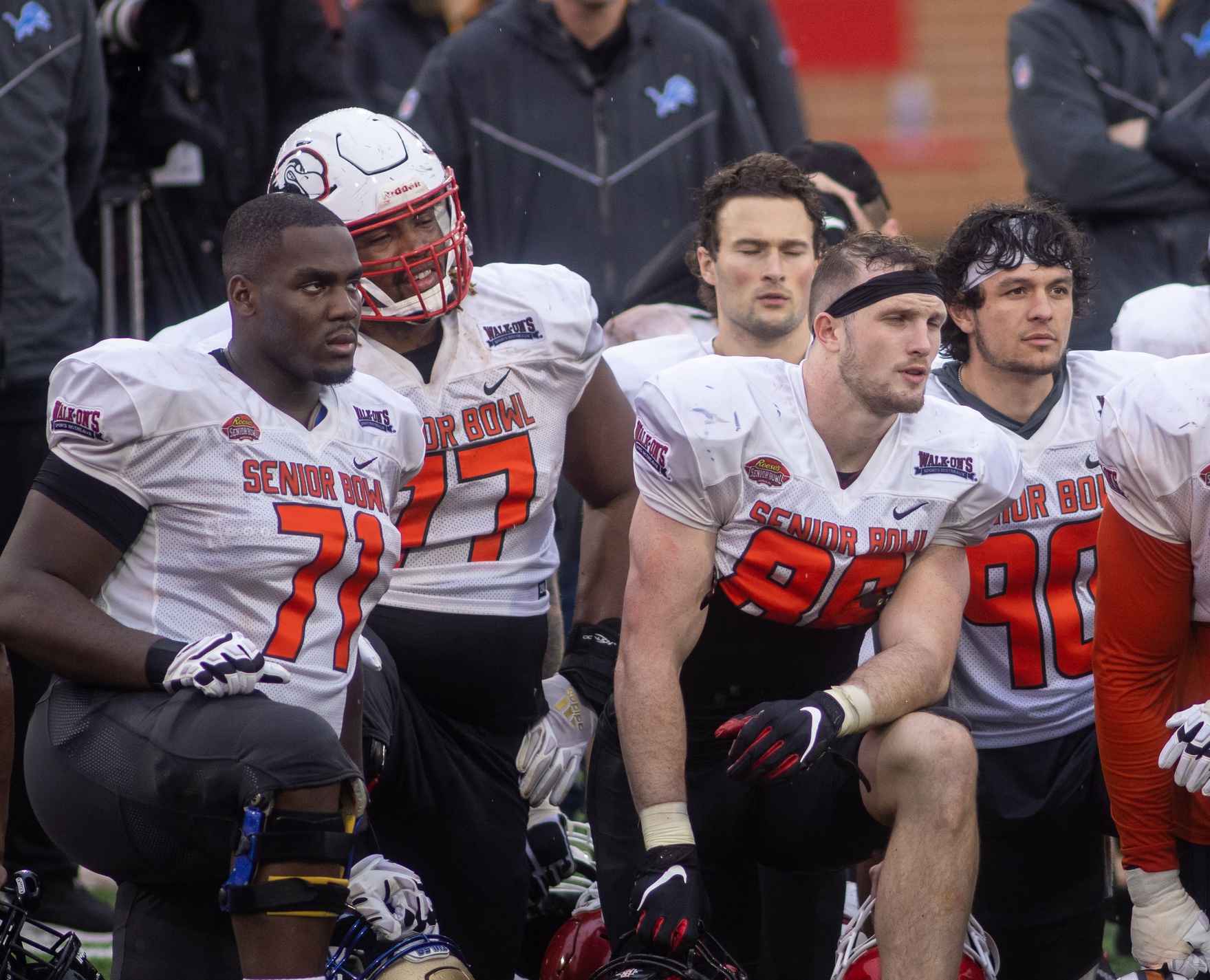 He is 6-foot-7 and appears to have good length overall. This helps his range on the edge. but he doesn’t always use that length.

He has a high-level football IQ. This helps him to recognize stunts and games on the edge. He can sort out blitzers and execute his blocking assignment.

He has sufficient balance. He hasn’t been on the ground much in the exposures I graded. He doesn’t bend exceptionally well but his athleticism keeps him on his feet.

Braxton Jones is a highly decorated senior who aligns at left tackle. He is a good athlete overall who is agile enough to move his feet in his set. In the run game, he’s physical and aggressive but not necessarily overpowering. He doesn’t generate vertical movement as consistent as I’d like. He’s more of a positional blocker who’s athletic enough to get to cut off on the backside. In the passing game, he’s got great range and length. His anchor is good for the Big Sky conference, but he can really take his game to another level by getting stronger and improving his body composition. He can move laterally to handle the cross face from defenders. He appears to have excellent length that when paired with his athleticism makes it hard for defenders to speed rush him. In the NFL, although it may take two years, he could certainly develop into a quality left tackle for some teams, particularly ones who use a zone-blocking scheme.

Pass Set: His pass set is sufficient. He gets good depth in his pass set and moves with fluidity. He also shows the ability to redirect laterally when necessary.

Competitive Toughness: He has sufficient competitive toughness. He has moments of nastiness and shows good finish in the run game.

Lateral Mobility: He’s a sufficient lateral mover, specifically when reacting to games inside. He does have redeeming attributes in his athleticism and length. However, he isn’t always fluid when moving laterally.

Hand Technique: His hand placement is sufficient. He generally keeps his hands within the frame. He could afford to get a stronger punch.

Anchor: He doesn’t bend very well. As a result, he relies on his upper body and strength to stop the bull rush. He could maximize his strength by having more flexibility in his lower half.

Power at POA: He has sufficient-level power at the point of attack. He doesn’t have a strong punch or latch strength in his hands. He is also not a vertical mover in the run game.

Versatility: He has aligned at left tackle during his tenure at SUU. He is likely best suited at either tackle position, but lacks the skill set to kick inside to guard.