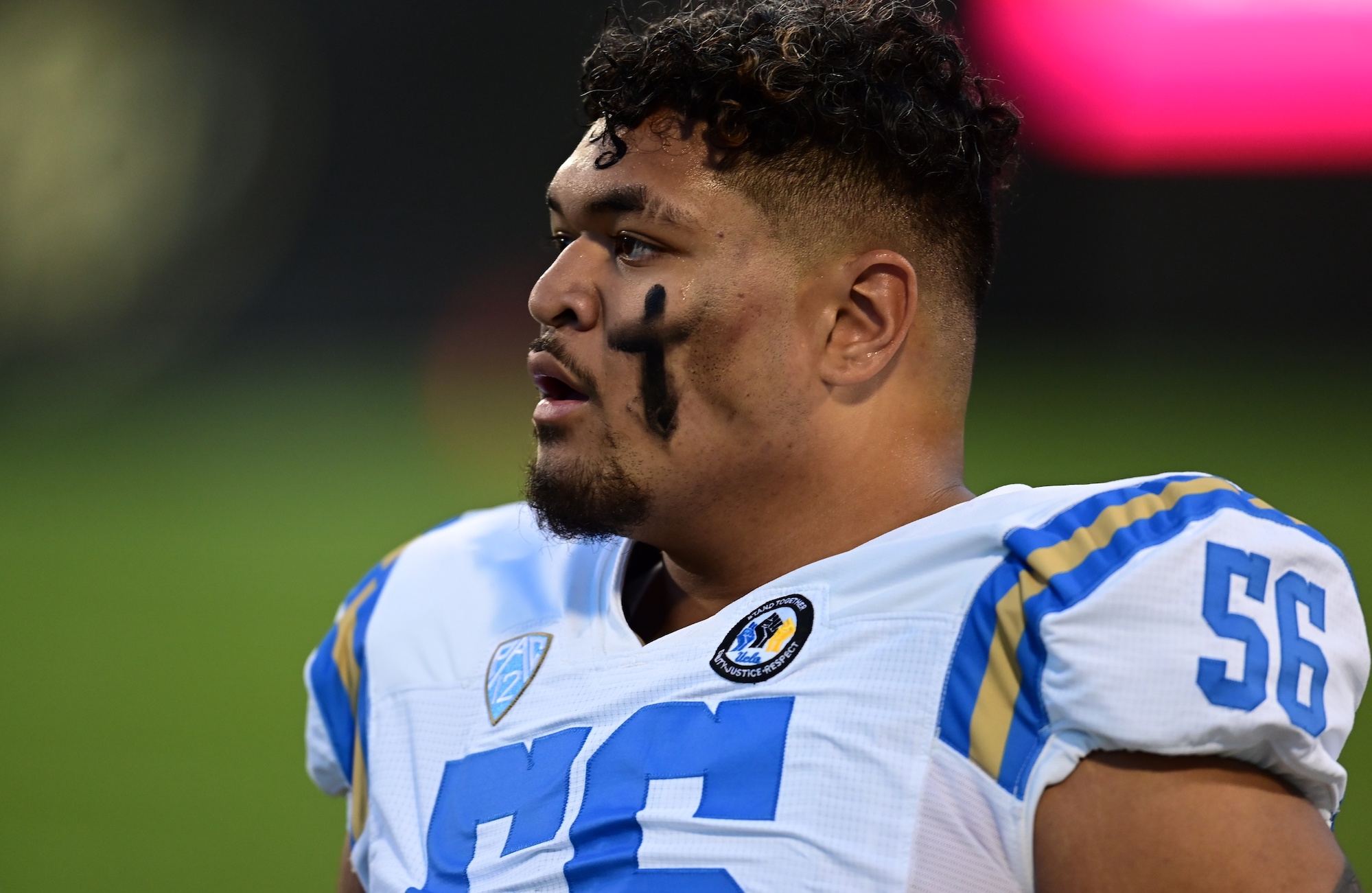 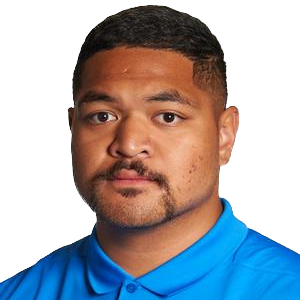 UCLA’s Atonio Mafi has had quite the journey to get here as an NFL prospect. Mafi originally joined the UCLA program as a defensive lineman, where he started several seasons as a nose tackle. He then made the switch to the offensive side of the ball in 2020 and split time as the team’s left guard in 2021 before earning a starting job in 2022—he enjoyed a breakout season, earning All-Conference recognition. The switch to offensive line was a welcomed one as Mafi quickly devolved into one of the better interior offensive linemen in the country.

Mafi is a mammoth of a man, possessing a wide body with a thick upper and lower half. His game is based on his ability to utilize his size and power to impose his will on opposing defenders. In the run game, Mafi displays outstanding power at the point of attack as he easily generates movement. Mafi excels when faced head-up against defenders as he can quickly win battles of sheer power and move his man out of the gap to clear his path for his back. Mafi plays with inconsistent pad level at times and when he does come out of his stance too high, defenders can win leverage against him nullifying his ability to win at the point of attack. Additionally, Mafi’s impact wanes when he is asked to play on the move on outside zone runs. He lacks the foot speed and agility to get out in space and the back will quickly pass him before Mafi is able to land on his target. Because of this, Mafi is best suited in a gap power scheme where he won’t be asked to work laterally as much.

With that said, when he climbs to the second level, he does flash impressive ability to come to balance and land on moving targets and his mass engulfes defenders, leaving them no chance to get to the ball carrier.  In the passing game, Mafi flashes an outstanding anchor and can sit down against almost any bull rush. He is so wide that there are times he is able to block two defenders as he takes up both gaps. He is quick off the snap and defenders have a hard time winning his edges even though Mafi lacks foot speed.

Mafi plays with good bend and balance but must work on his hand placement as he often will miss with his hands resulting in him overextending and falling on the ground. Mafi is still raw and will only continue to develop with more playing time. His size and power are both outstanding and must also be monitored as his weight has been an issue while at UCLA and he must continue to keep his body in shape. If he accomplishes this, Mafi has the talent and skill set to develop into a starting NFL guard in a power-run scheme.

Atonio Mafi NFL Draft Scouting Report. Add him to your big board here.