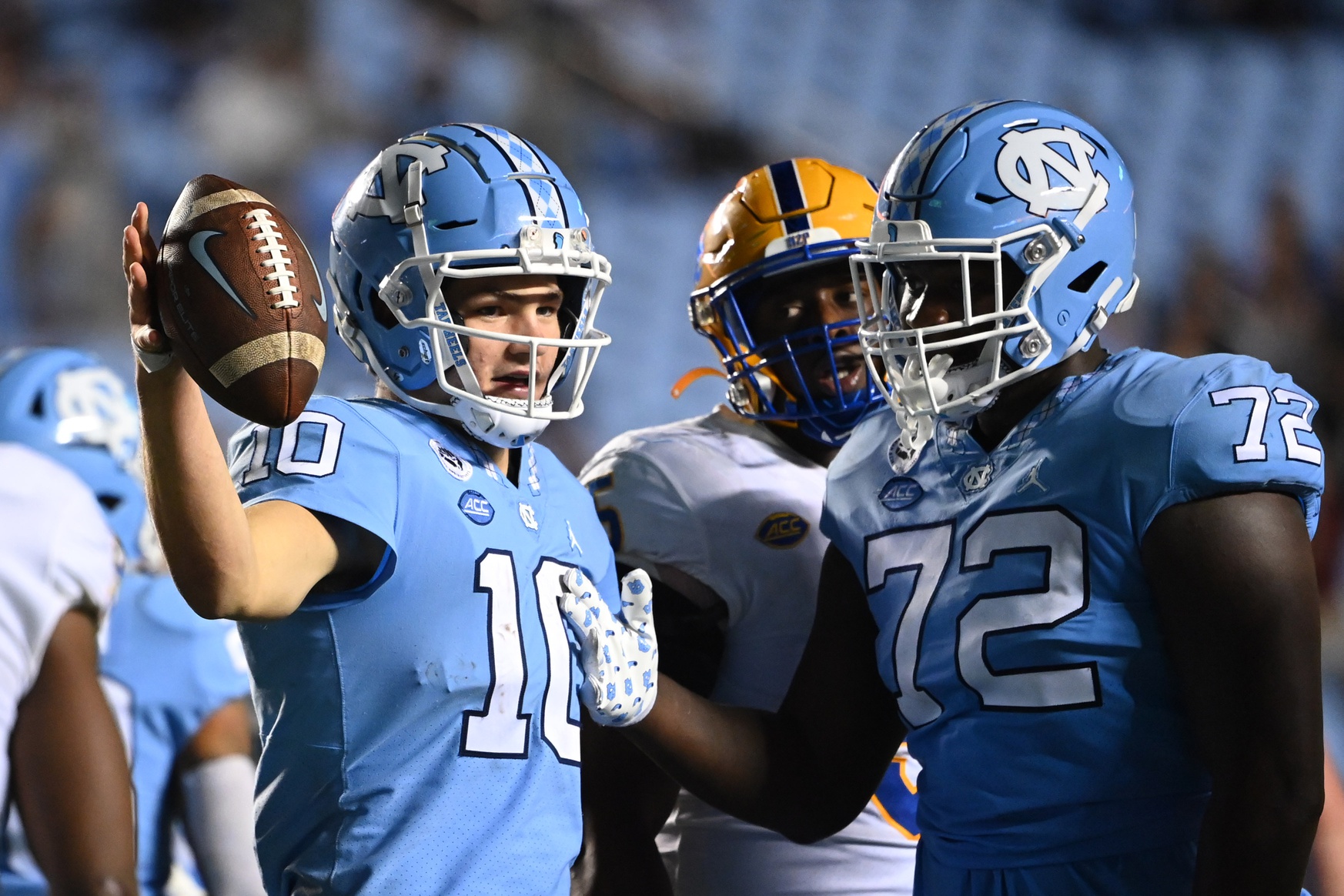 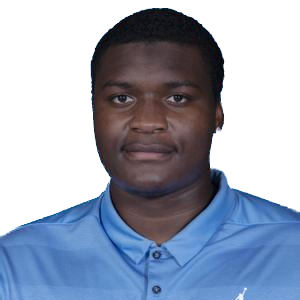 Asim Richards has been starting for North Carolina since 2020 and helped engineer some potent rushing attacks in that span. He is a former three-star recruit and two-sport athlete (football and basketball). Richards played three different positions on the gridiron: OT, TE, and DT. He has developed into a staple member of the Tar Heels’ offensive line.

Richards is a physical run blocker with a nasty streak. He flashes strong hands in the run game. Once he has latched, there are nice reps of him driving defenders vertically or washing them down the line of scrimmage laterally. This showed up on occasion versus Clemson EDGE Myles Murphy. Richards has active hands that he fits and reestablishes if he begins to lose grip. I love the way he competes and the desire to displace defenders. He neutralizes linebackers at the second level by climbing off double teams in the run game.

In pass protection, Richards uses his arm length to keep defenders at a distance. When his punches are thrown with optimal timing, he can make it difficult for smaller defenders to get into his frame. There is decent variety with his pass sets. Richards will short-set and take the air out of pass rushers.

Richards does not have explosive springs out of his stance. This can result in some rushed reps getting out of an overset versus those speed/explosive rushers. I wish there was more quickness in his feet and movements in pass sets. Richards struggles to maintain low pad level during blocking exchanges. This creates balance inconsistencies. Richards’ base has some inconsistencies with stability. He has a low hand carriage which makes his punch timing vital for his success. As a result, he struggles to get his hands on defenders with the best quickness.

Richards projects as a midday selection and swing tackle. His power and physicality are valuable in the run game. There are some limitations that worry me in pass protection. I believe he could be a candidate to kick inside at guard in either a gap or zone scheme.

Asim Richards NFL Draft Scouting Report. Add him to your big board here.