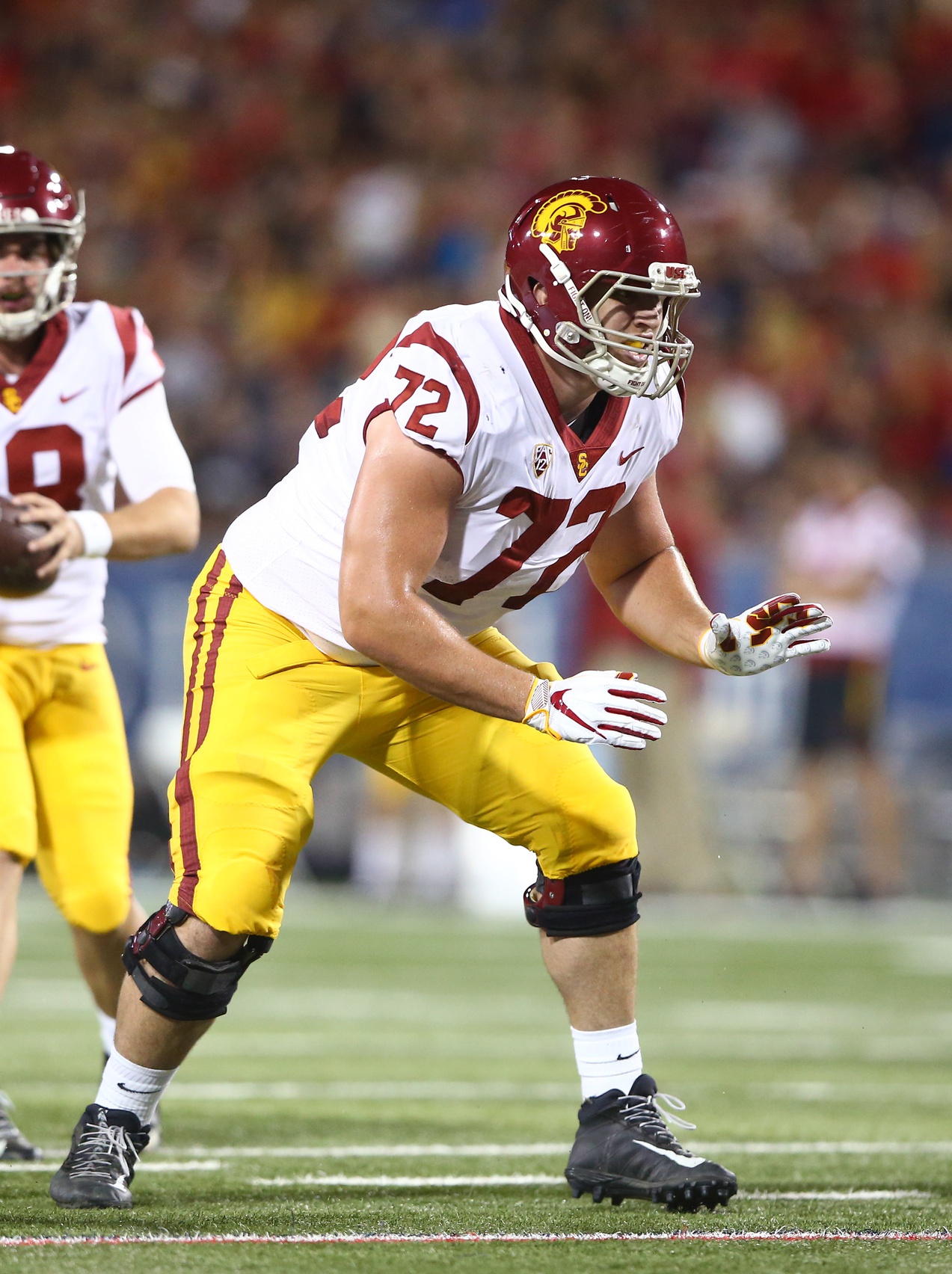 Pros: This dude is a bull. Vorhees has spent time at both tackle and guard throughout his career at USC. While I like him best playing on the interior, we did get a few glimpses of him at tackle in 2021 and I think he can get you through a game in a pinch. That isn’t anywhere near where his value lies, however—just put on the run game reel and watch him fit bodies and generate push up front. He’s got a wide frame and a ton of lower-body power, which he applies with surprising efficiency to translate his initial pop into displacement in the run game. He’s not passive in pass protection, either. Vorhees looks for work and often picks up a slab of ribs when he’s uncovered and unoccupied in his sets. This is an absolute tone-setter up front and I love the play demeanor he showcases—he’s going to be a pest for any team he plays and a fan favorite for whoever drafts him. Technically, his play at tackle has produced a proficient pass setter who can quickly get onto his hips and balance for a firm strike. His ability to leverage with his hands at the point of attack pops as well and in close quarters he provides ample stickiness to stay on the body. For a bigger frame, he does well rotationally to hinge and open his chest and hands to defenders while working for leverage horizontally. He’d be a scheme-specific tackle with length issues, but inside at guard, he’s got the best of both worlds with power and mobility.

Cons: Vorhees can still stand to improve his consistency with his strike timing—an understandable area of improvement between his time split at guard and tackle. Some quicker interior defenders who slant or L-step out of the blocks can get hip-to-hip with Vorhees. While he’s a good athlete inside, he doesn’t have that rare spring for a big man to be able to flash and redirect to slam the door shut. As a result, getting hands fit cleanly and on time will be essential for optimal efficiency. While he hinges well, he is a taller frame to play inside, which creates a bit of a unique set of circumstances as his arm length isn’t a standout quality either. In all, he’s an impressive prospect who isn’t a starring athlete and with a probable home inside at the next level, he’s going to benefit from added reps and focus on the interior to allow him to take the next step.