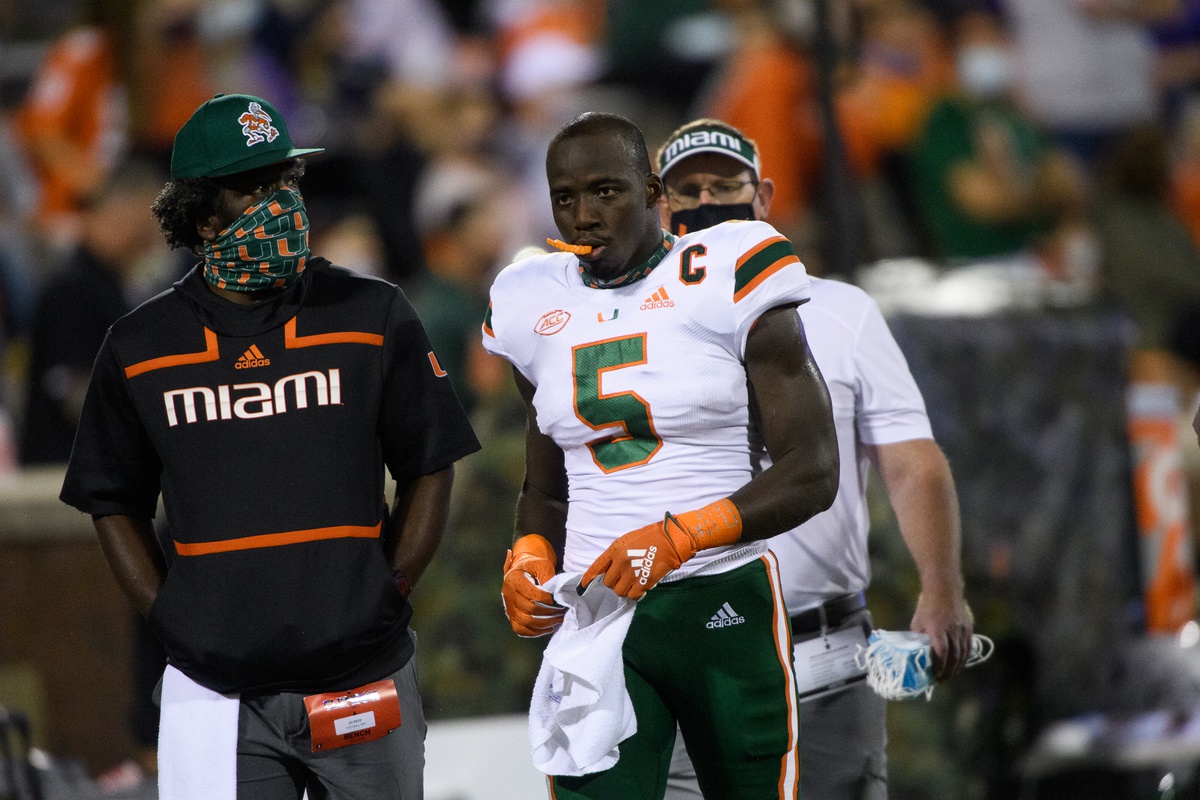 Carter is a violent and physical striking defender. He seeks to punish receivers and ball-carriers. He displays the ability to square up his target and fire through his hips when necessary. His impact will either stonewall the ball-carrier or drive them backward.

Carter is a tone-setter for his defense. He plays with physicality and aggression. In the contact window, he competes to refrain from being latched by blockers. He plays to the whistle, rarely giving up on plays. Even when out of position, Carter shows effort to work back into the frame of the play.

Amari Carter is a former 3-star recruit out of Palms Beach Garden. Carter is a thick-framed and rocked-up defensive back. According to 247 Sports, he ranked as the No. 32 safety and the No. 57 player in Florida. He was named 2016 All-County Defensive Player of the Year by the Sun Sentinel after senior season. Carter is known for his physical and aggressive style of play. Once he triggers downhill, he approaches offensive players with bad intentions. He’s a violent-striking tackler that punishes ball-carriers. He’s at his best in coverage dropping down as a robber or aligned as a big-dime ‘backer. The downside is that he has been flagged for targeting and unnecessary roughness penalties for his hard-hitting style. He will benefit from processing information quicker, which will allow him to play faster and make plays in the passing game.

Football IQ: Carter must learn to harness his aggressiveness. He was flagged multiple times over the past few seasons for unnecessary roughness and targeting. He has absorbed multiple keys and responsibilities from aligning n multiple spots for the Hurricanes’ defense. Overall instincts need improving or consistency.

Versatility: Carter is a movable piece on defense. He is seen aligned in the nickel, as an edge rusher, off-ball backer, and both the strong/free safety positions. A defensive coordinator that favors versatile and positionless football will be fond of his abilities.

Range: Carter has OK range as a deep-field safety. He will turn and chase deep routes but the speed to run with elite athletes is lacking. He is better suited in split safeties with hash-to-sideline responsibilities. This could be the reason he is subbed out for rangier safeties.

Ball Skills: His ball production is near non-existent. Only six pass breakups, one forced fumble, and two interceptions in his college career. He is rarely seen in action at the catch point.

Run Defending: Carter does not mind mixing it up in the box versus the run. He identifies jet sweeps and perimeter runs well. Better instincts to run calls can improve his late trigger. Carter is a flat-footed diagnoser. He shoots his hands into blockers to shock and create space.

Functional Athleticism: Estimated 4.6 in the 40, Carter is a solid athlete. Quicker instincts will allow him to play at a faster pace. He has a good closing burst to the ball-carrier, receiver, or when pressuring the quarterback.

Flexibility: Carter displays solid bend and hip flexibility when rushing off the edge. In coverage, he can open to one sideline than flip to the opposite direction and chase the football. In man coverage, he shows confident fluidity to cover slot receivers on short breaking routes. While he showcases solid fluidity in deep coverage, it does take an extra second or so to make the full turn/transition.

Special Teams Ability: Carter is a willing and active participant on special teams. He is a part of each special teams unit for Miami. This bodes well to secure a potential roster spot at the next level. His physical hitting abilities will add an attitude to a kick coverage unit.