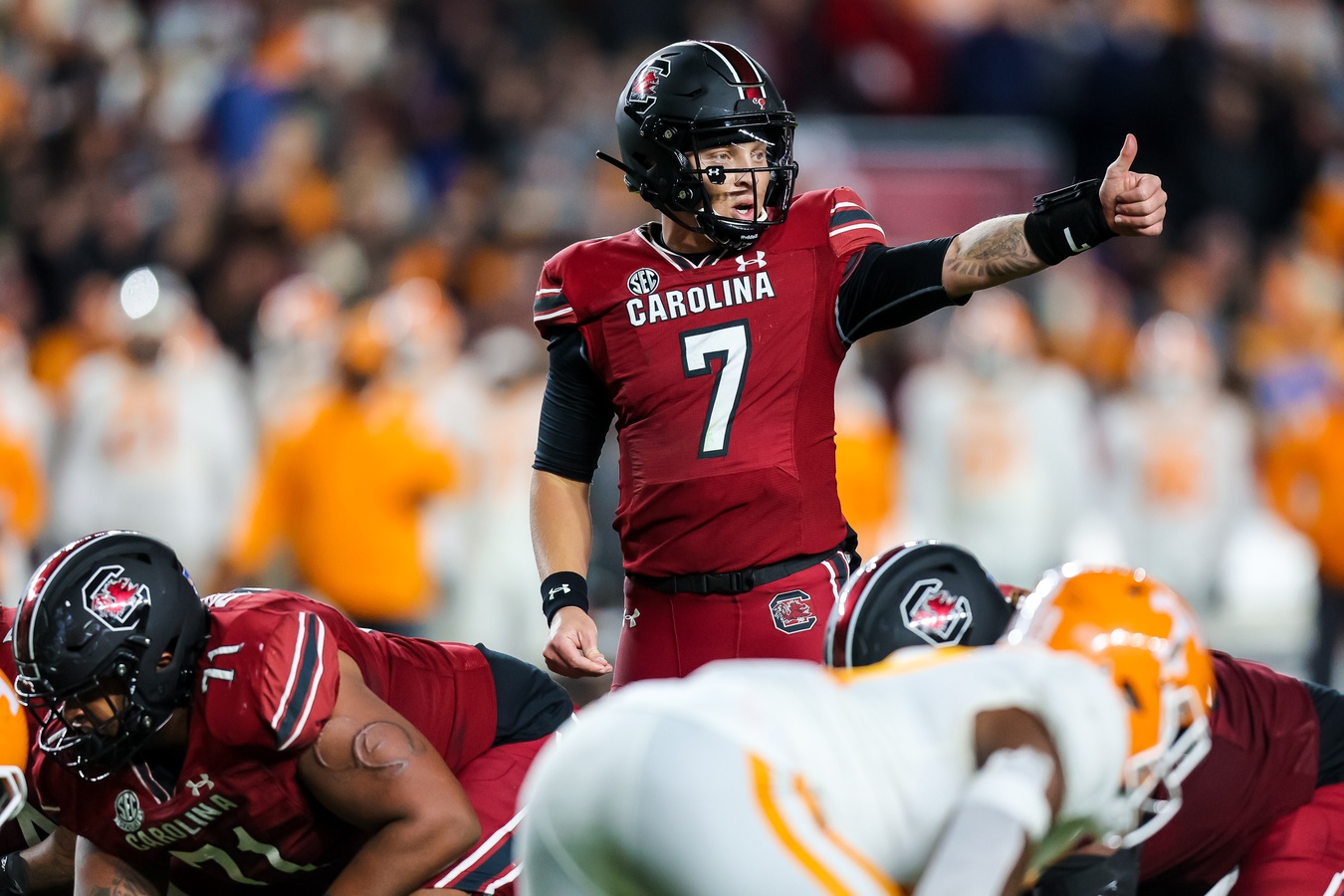 Should We Buy In Again On Spencer Rattler?

South Carolina Gamecocks quarterback Spencer Rattler played the game of his life against the Tennessee Volunteers on Saturday. What does that performance mean for his draft stock in the 2023 NFL Draft?

Rattler’s journey to get to where he is now has been anything but smooth. He entered the 2021 college football season as the starting quarterback for the Oklahoma Sooners and the clear favorite to be the top quarterback in his class in the 2022 NFL Draft. As the season progressed, Rattler not only lost his spot as the potential QB1 in a draft class but lost his job as Oklahoma’s starting quarterback as well.

After the end of last season, he transferred to South Carolina rather than declaring for the draft with hopes of a fresh start and the chance to raise his draft stock once more. Rattler has done anything but this year, entering the game against Tennessee with fewer than 200 passing yards per game along with eight touchdown passes to nine interceptions. The issues with decision-making and poor field vision that showed up in spades last season continued to present themselves this year with Rattler frequently putting the ball in harm’s way.

Then, on Saturday night against the Volunteers, Rattler reminded everyone why he was the highest quarterback prospect in his recruiting class and the top quarterback in the 2022 draft class, once upon a time. All night, he took advantage of what the Tennessee defense gave him. Sometimes, that meant deep shots for huge chunk plays; other times, it meant taking the check-down passes and protecting the ball to maintain possession.

The overconfidence in his arm that so often led to bad decisions and interceptions wasn’t present at all against the Volunteers. What was present were his great touch and ball placement that made him so highly regarded in the first place. His anticipation and decision-making on when to throw darts and when to throw with touch were there, allowing Rattler to make some really nice throws under the lights against a difficult opponent.

As a result, Rattler completed all but seven of his 37 pass attempts (an 81% clip) and threw six touchdown passes without a single interception as he led the unranked Gamecocks to a 25-point rout over the No. 5 team in the country. But how much does this one great game positively affect his draft stock?

Well, it certainly doesn’t mean nothing. In one of the biggest games in his collegiate career, Rattler stepped up in a massive way and kept his mistakes to an absolute minimum. But when evaluating players, it’s important to take everything—all of the tape, testing numbers, and off-the-field character—into consideration. For Rattler, the testing numbers and the tape from this game alone might present him in a brilliant light, but the notorious bad attitude and past game tapes play just as big a part (or bigger) in painting Rattler in a less optimistic light.

Here’s a clip of @Netflix “QB1” on which former Phoenix Pinnacle QBs Spencer Rattler and JD Johnson competing together against the team defense and pushing each other as leaders of the team during and after the contest in practice in 2018. pic.twitter.com/YfZSOfiVdN

Spencer Rattler throws it straight to Malaki Starks for the INT… pic.twitter.com/VPXJIwpsvC

Quarterbacks at the NFL level need to be able to lead a group of at least 10 other men with consistently smart decision-making on and off the field. While Rattler may have shined against Tennessee on Saturday, it shouldn’t and cannot make up for all of the issues he had earlier this year and last season. He is still very much a work in progress as a quarterback prospect—a toolsy guy whose decision-making and inability to protect the football hold him back in a big way.

So after his big game against Tennessee, Rattler no doubt deserves to see his draft stock rise. That doesn’t mean he’s suddenly a first-, second-, or even third-round talent. The potential is there, yes. But for Rattler to make his way out of being anything more than a day-three “take a flier on him” kind of guy in the 2023 NFL Draft, he still needs to back up his Tennessee performance with good showings against Clemson, in South Carolina’s bowl game, and in the pre-draft process. Otherwise, the massive performance against the Volunteers would be nothing more than a flash in the pan.