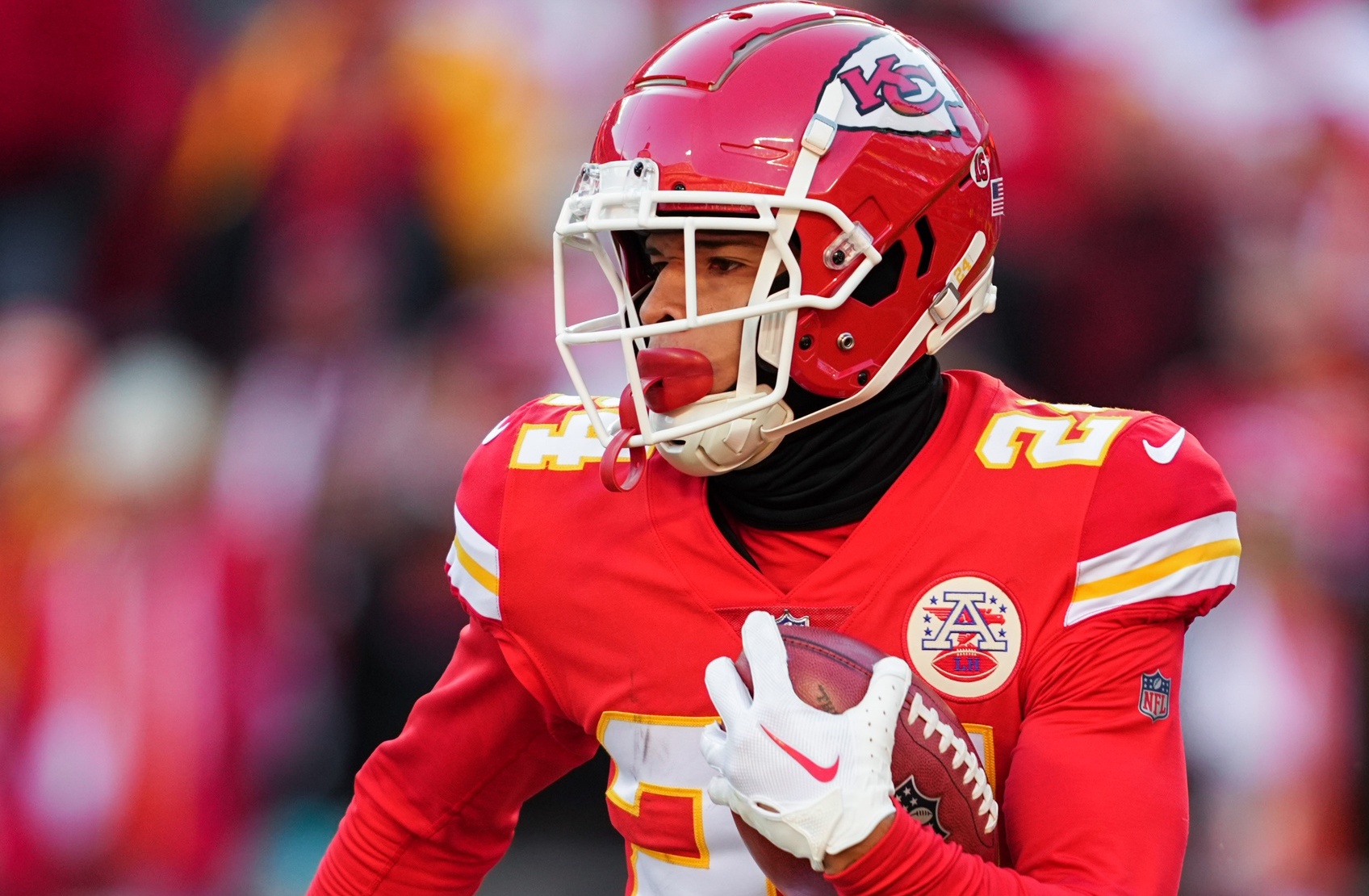 Injuries to the Kansas City Chiefs’ wide receiver room opened the door for new contributors to emerge in the NFL’s best offense late in the season. Rookie second-round pick Skyy Moore has seized the moment with production in increased, albeit still limited, opportunities.

Moore’s career began with a whimper. Before Kansas City’s comeback victory against the Los Angeles Chargers, Moore had only seven receptions on 14 targets for 106 yards on the season. He had also struggled as a punt returner, with muffs against the Indianapolis Colts in Week 3 and San Francisco 49ers in Week 7, among other ball-handling issues causing him to lose his job as a punt returner to trade acquisition Kadarius Toney.

But Kansas City’s Week 11 victory against the Chargers saw them play without wide receivers JuJu Smith-Schuster and Mecole Hardman due to injuries, with (popular breakout candidate) Toney bowing out of the game due to a hamstring injury in the first quarter.

Kansas City did not feature Moore in two-wide receiver sets in their game against the Chargers, even with their litany of wide receiver injuries. Those duties fell to Justin Watson (88% snap share) and Marquez Valdes-Scantling (71% snap share). But Moore made the most of his opportunities in a number three role (42% snap share), catching five passes (tops among Chiefs receivers) for 63 yards, including a thorough cooking of Derwin James on one third down.

Skyy Moore vs Derwin James on 3rd down! #Chiefs pic.twitter.com/cEPR0aSS8B

Moore’s production continued last week against the Los Angeles Rams. Moore once again played as Kansas City’s No. 3 receiver behind Watson (84% snap share) and Valdes-Scantling (58% snap share), seeing 46% of Kansas City’s snaps. However, Moore hauled in a game-high five receptions, parlaying those into 36 yards and three first downs. The numbers are meager on the surface, but they represent a significant step up from Moore’s early-season volume and indicate a growing level of trust with quarterback Patrick Mahomes.

Even with Moore’s recent spike in production, it is difficult to see him parlaying it into a significant role in the Chiefs’ offense during the season’s stretch run, provided Kansas City’s receivers return to full health. Smith-Schuster returned in Kansas City’s victory over the Rams, playing behind Moore as the team eased him back into action following a concussion suffered in Week 10 against the Jacksonville Jaguars. He remains entrenched ahead of Moore on Kansas City’s depth chart along with Valdes-Scantling. Eventually, the Chiefs will get Hardman back from injured reserve and he will reprise his role as a gadget weapon on offense. Moore has played behind Watson the last two weeks, and the Chiefs invested a third- and sixth-round pick into Toney at the trade deadline. At best, Moore will likely slide in as the fourth option behind Smith-Schuster, Valdes-Scantling, and Hardman.

That also might be completely wrong! Moore’s underlying metrics for the past two games are excellent. He has produced the best out of every Chiefs receiver despite having the third most opportunities of anyone in the group. His targets per route run were the highest of any Kansas City player (including their alien tight end) in both games. That could earn him greater playing time this season. In any case, Kansas City has the best offense in the NFL, with or without Moore. Anything they receive from him this season is gravy.

Moore’s recent production is without a doubt a promising sign for his future in Kansas City’s offense. As of right now, the Chiefs are only slated to have Moore, Valdes-Scantling, Toney, and 2022 undrafted free agent Justyn Ross under contract at receiver in 2023. The door is open for Moore to earn a significant role in the offense next season. He probably needed a stretch like this to show signs that he could be a legitimate contributor to the 2023 iteration of the Chiefs. Seven receptions on 14 targets for 106 yards through nine games could not have inspired much trust in that regard. His 10 receptions on 12 targets for 99 yards in the past two games? There is hope that maybe, just maybe, there might be something there with Skyy Moore.