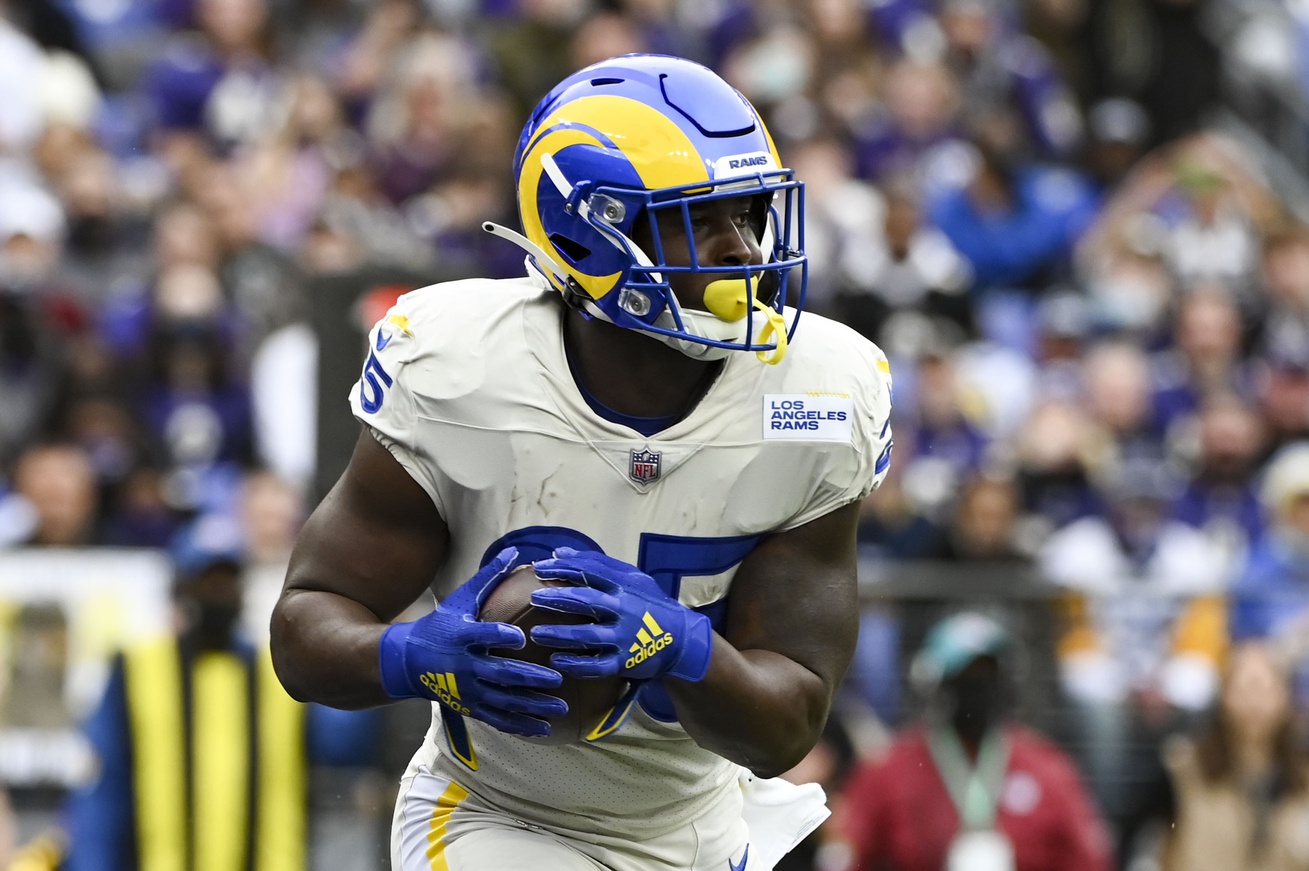 According to multiple reports, free agent running back Sony Michel is set to visit the Miami Dolphins on Thursday before completing a second visit with the New Orleans Saints later this week. Michel remains the most intriguing ball-carrier on the open market after enjoying a resurgent campaign as a member of the Super Bowl-winning Los Angeles Rams in 2021.

The former Georgia standout ran for an exciting team-leading 845 yards and four touchdowns while sharing a backfield with Darrell Henderson Jr. With Henderson remaining in Los Angeles and the returning Cam Akers back in the fold, Michel is now searching for a new home.

The 2022 NFL Draft has come and gone, so Michel should quickly find a landing spot as all 32 franchises shift their attention back to free agency in search of additional offensive upgrades. General managers are now allowed to sign free agents without them counting toward the compensatory draft pick formula, which has kickstarted the market in recent days.

As Michel potentially prepares to choose between the Dolphins and Saints, it’s clear both options have their perks and warts, but the Dolphins represent a better landing spot for his services. Both the Saints and Dolphins have adequate depth at the position, so Michel’s difficult decision could come down to the finer details, in addition to terms and guaranteed money offered.

The situation in Miami is a little more straightforward to sort through. New Dolphins Head Coach Mike McDaniel is an offensive-minded leader that strongly believes in establishing the run after working under the always brilliant and creative Kyle Shanahan for so many years. Together, Shanahan and McDaniel combined to craft a productive rushing attack regardless of who lined up in the backfield for San Francisco, and in previous stops.

Given McDaniel’s commitment to the run game in San Francisco, it qualified as no surprise to witness Dolphins General Manager Chris Grier work tirelessly around the clock to upgrade Miami’s personnel in the backfield. The Dolphins have already agreed to terms with a pair of intriguing running backs in Chase Edmonds and Raheem Mostert, but there’s a realistic path for Michel to earn a role in Miami.

First, McDaniel has showcased his affinity for rotating backs. While some of it was due to injury and the presence of mobile quarterbacks, at least six different ball carriers earned 38 or more carries for San Francisco in 2021. The 49ers averaged 29.3 rushing attempts per contest in 2021. Only five teams ran the ball on a more consistent basis. Daniel is largely expected to bring that mindset with him over to Miami.

Although Edmonds and Mostert are both talented backs, and Michel would have to impress in order to leapfrog either one on the depth chart, it’s plausible to envision Michel becoming an early-down ball carrier in Miami. The 30-year-old Mostert has unfortunately suffered several injuries in recent seasons that have limited his upside and appearances. Mostert only suited up for one contest in 2021 before suffering a season-ending knee injury that revealed extensive cartilage damage in his knee. An aging Mostert is unlikely to become more durable with time. Myles Gaskin is also an underrated candidate to be released. Gaskin was in Miami prior to McDaniel’s arrival, which means the new head honcho didn’t request his services. Gaskin can be released with a minimal dead cap hit of just $21,695.

Edmonds is currently the undeniable favorite to start in Miami’s backfield, but the 5-foot-9, 205-pounder has generally lacked the size desired to serve as a true three-down bellcow. While plying his trade in Arizona, Edmonds often did his best work as a pass-catcher in third-and-obvious passing situations. It would qualify as a surprise if Edmonds proved capable of handling a full workload in what could be a run-heavy offense. Edmonds has never handled more than 116 carries in a single season, and McDaniel has never showcased a preference to oversee a one-man show at running back.

Michel’s impending decision looms extremely large in relation to the success he manages to achieve in 2022. Michel must assess many factors while making the most important decision of his professional career. He should ultimately reach a conclusion to join the Dolphins. 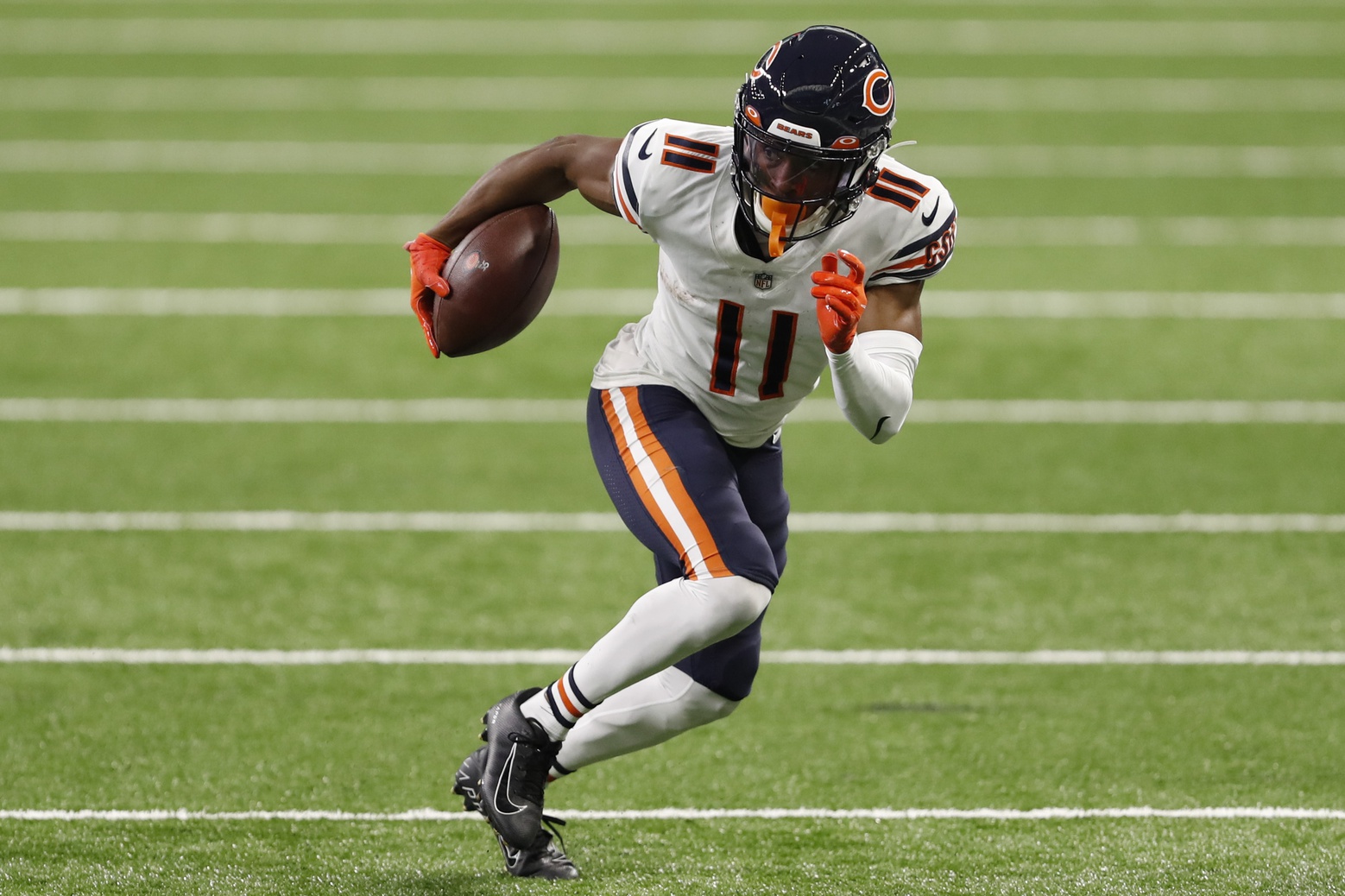