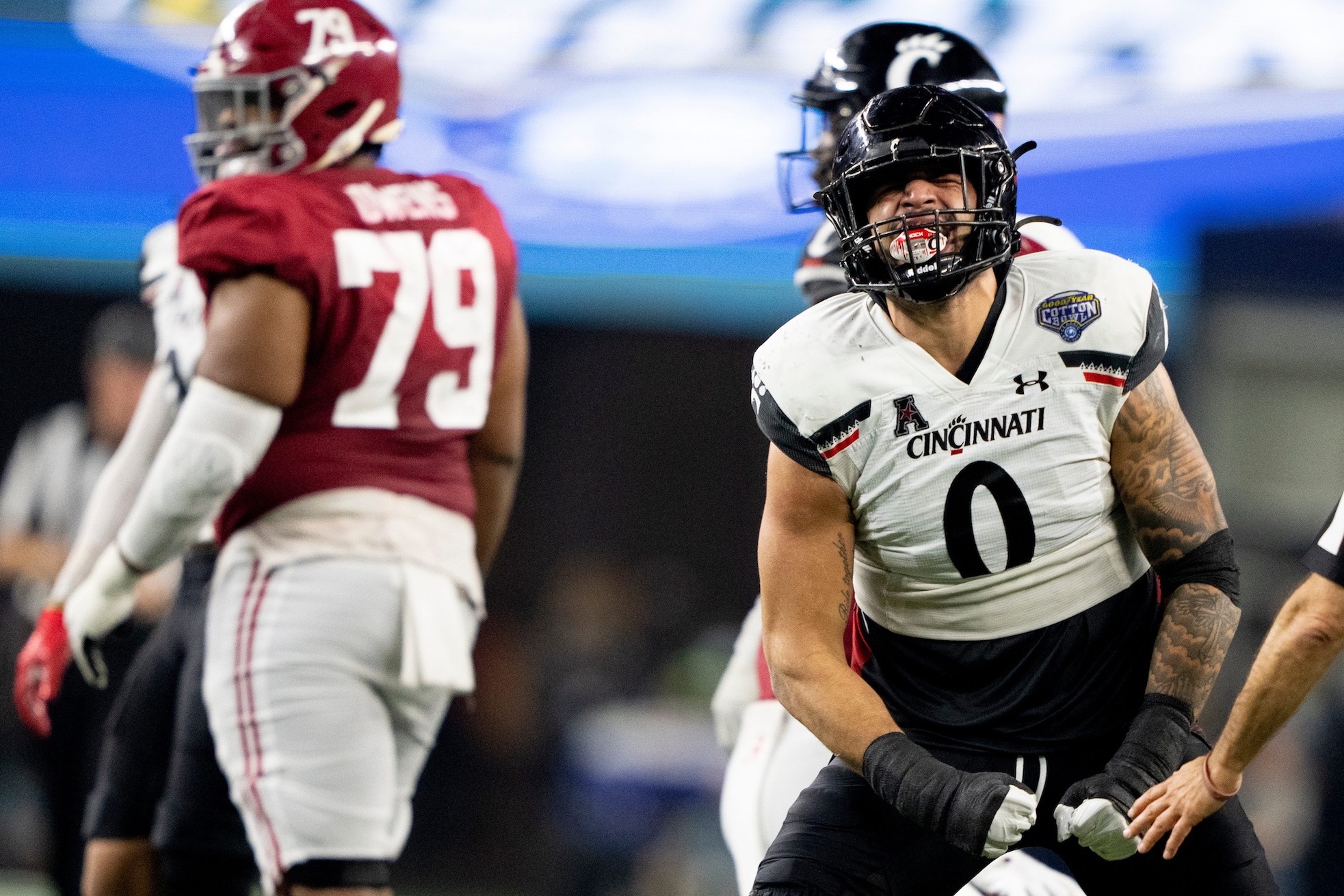 The program with the deepest contingency of athletes competing here in Mobile, the Bearcats were all over the field during the first session for the National Team. The first non-power five program to qualify for the College Football Playoff this season, you couldn’t help but notice the Cincinnati decal during the one-on-one period, team period, and seven-on-sevens. From Darrian Beavers to Alec Pierce to Jerome Ford, while I’ll save my comments on quarterback Desmond Ridder for our to-be distributed roundtable discussion Tuesday evening, let’s start with Beavers, who was a jolt of energy throughout the afternoon. Smooth in coverage against the likes of Colorado State’s Trey McBride and Ohio State’s Jeremy Ruckert, there wasn’t a time where Beavers looked out of place or uncomfortable in one-on-one opportunities. Uber-physical at the catch point where he consistently offered minimal throwing windows for quarterbacks to work with, where Beavers has shown pop in zone coverage throughout his collegiate career, he flashed in man today, a massive plus for his potential projection as a MIKE linebacker at the next level. On the outside, there were plenty of questions to be answered for Coby Bryant heading into the week. If day one was any indication, he’s a dude. The Jim Thorpe Award winner as the top DB in the nation, while Sauce Gardner received the brunt of the spotlight within Cincinnati's secondary—and rightly so—Bryant was able to mirror every wideout with ease all practice long. While the main box I wanted to see him check for me this week is the ability to stick in man without safety help, and against guys with WR1 capability, Bryant was excellent. Last, but certainly not least, was running back Jerome Ford. While he showed substandard hands in the passing game in seven-on-7seven at times, between, and outside the tackles in team drills, Ford was quick with his eyes and often found himself at the second level of the defense untouched. A rocked-up back whose frame should fit seamlessly to the next level as a potential three-down guy, or an immediate change of pace back, Ford took advantage of every rep. The second practice for the National Team will be held at 1:30 tomorrow afternoon.