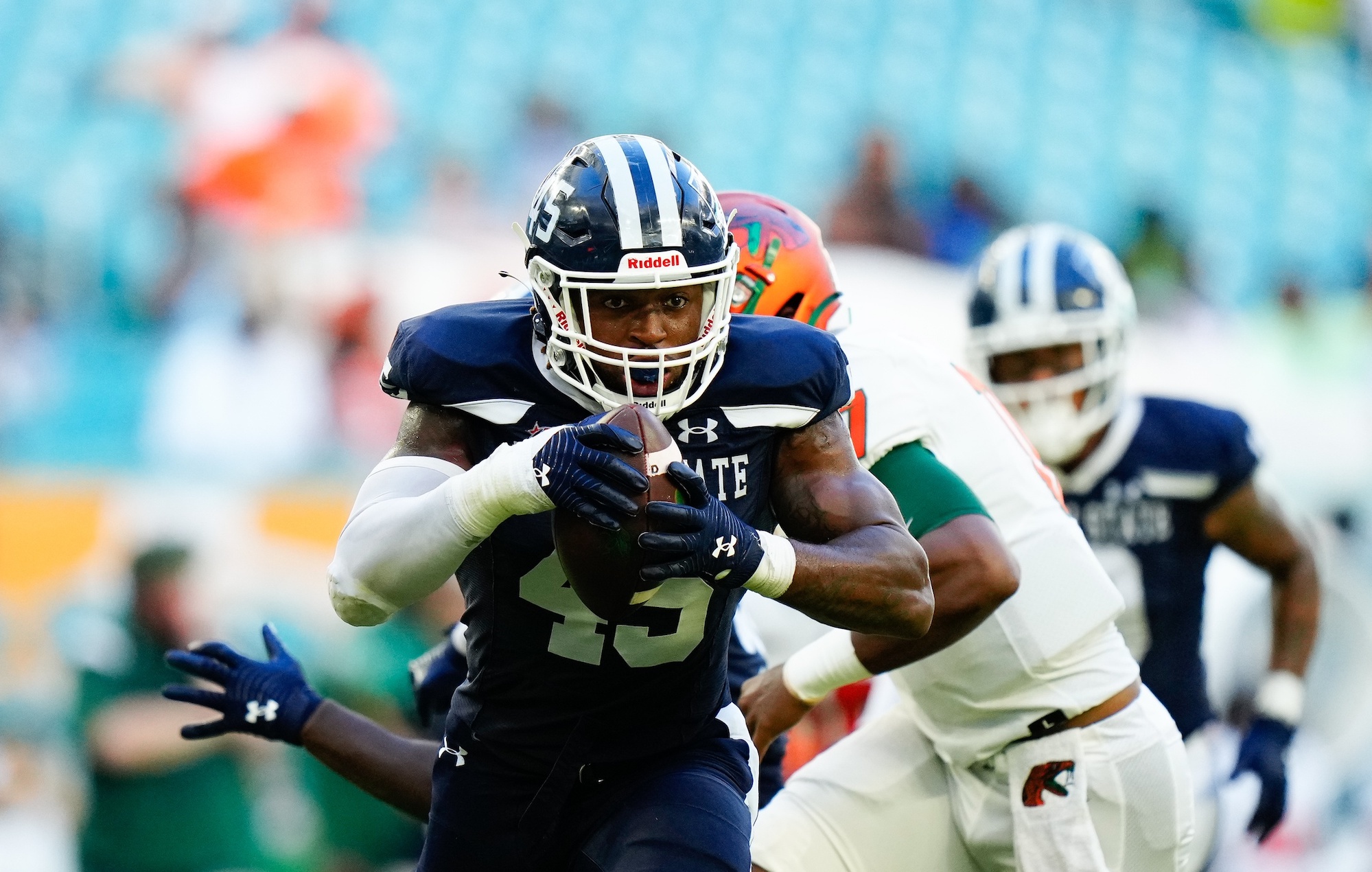 Ladies and gentlemen, it’s almost that time when the eyes of the NFL draft fall on the quaint town of Mobile, Alabama. The 2023 Senior Bowl is right around the corner. With more than 35 athletes already committed to compete, here is a look at the few defensive players that have accepted their Senior Bowl invite.

One of the nation’s premier pass-rushers, I expect Wilson to put on a Jermaine Johnson-like performance come February. Last year, Johnson was overwhelmingly dominant in practice, left the event early, and solidified himself as a day-one pick. For Wilson, an NFL-ready athlete that looks every bit the part of a legit sack artist on Sundays, Mobile will shine a massive spotlight on his impressive game.

An extremely talented defender, Henley’s experience wearing a variety of hats will shine in Mobile. He’s smooth in coverage, electric when asked to fill in the run game, and touts a dynamic ability to make plays on the football in space. An offensive player in high school, and at the forefront of his college career, his ability to ID offensive concepts has been evident on tape all year long.

A big man at 330-plus pounds, the event will be a massive test for Ika, who has won via his fundamental mass during his time in the Big 12. Now, it’s about fine-tuning the smaller, finite details of his skill set that will allow his draft stock to rise.

A veteran leader within the lungs of the Tigers’ defense, I’m extremely excited to see Miller Jr. fly around in Mobile. He’s a flat-out playmaker whose physical brand of football will showcase itself from the onset of 11-on-11s.

Aligned primarily on the left side of the field, it’s been a tall task for quarterbacks when attempting to target his side. His 395 coverage snaps have seen the Pensacola, FL native allow just 21 receptions on 61 targets (34.4%) and zero touchdowns. He’s been nothing short of spectacular. While his knack for turning his side of the field into a black hole through the air has been nice to see on film, his willingness to stick his face in the mud in the run game has spotlighted an athlete NFL teams have risen on their boards.

What’s most translatable is his ability in man, where he’s been as stingy in allowing receptions as any corner in the nation. In 280 man-coverage snaps, he’s allowed just 11 receptions for 93 yards, has seven pass breakups, and has seemingly improved each and every week he is granted an opportunity to compete.

One of the most athletic prospects in the country, Pappoe could leave Mobile with a jetpack attached to his stock or have his concerns solidified in 1-on-1 coverage opportunities. The Senior Bowl may not be bigger for anyone else.

A long and lanky pass-rusher, McDonald IV should showcase himself extremely well in 1-on-1 opportunities against offensive tackles. Teams have doubled and tripled him this fall after amassing 13 sacks in 2021, and more talent around him during the game portion of the week should see him wreak havoc.

A ball of energy at the roof of the defense, Robinson’s aggressiveness near the line of scrimmage has made him an enticing talent to study this fall. He’ll need to answer questions in coverage, but when asked to step down at the ‘robber’ spot and play at the second level, Robinson’s confidence pops off the page.

The ACC leader in pass breakups this fall, the way in which Johnson has been picked on by opposing offenses has provided a nice spotlight into his game. Nothing is easy at the NFL level at the corner spot, and his experience under fire could see his stock rise significantly with a good performance.

A lot like Washington State’s Henley, Williams can do a little bit of everything for a defense. A chess piece at the next level, his fluidity in coverage and ability to diagnose in the ground game will be the biggest boxes for him to check in Mobile. He’s been a heck of a talent for the Green Wave this fall and will raise eyebrows to those who don’t know his name yet.