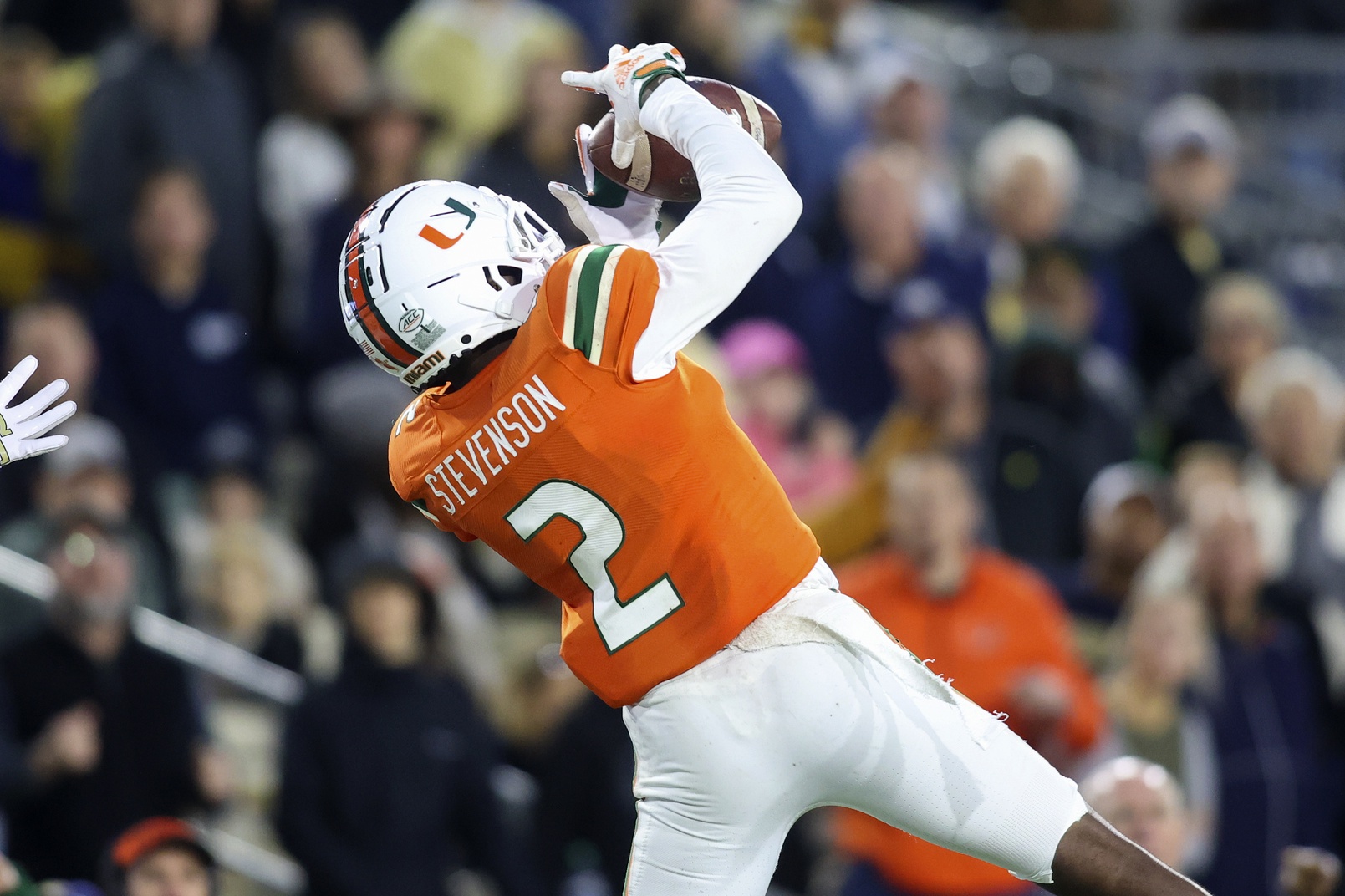 The 2023 Senior Bowl will provide an opportunity for NFL draft prospects to prove themselves on the largest pre-draft stage. Miami cornerback Tyrique Stevenson plans on taking full advantage. Stevenson recently spoke exclusively with the Senior Bowl and Draft Network to discuss his motivation for accepting his invitation to compete in Mobile, Alabama.

Stevenson also talked about what he’s striving to prove to NFL general managers and scouts in attendance at the Senior Bowl, his preferred approach in coverage, transferring from Georgia to Miami, and more. Let’s get to know Tyrique Stevenson a little better.

JM: We’re so happy for you. What was your motivation for accepting the Senior Bowl’s offer?

Tyrique Stevenson: It’s another opportunity for me to showcase my God-given abilities on the football field. I’m going to represent my last name in Mobile.

JM: You’re an excellent athlete. I bet the pre-draft training is going well.

Tyrique Stevenson: We’ve been putting work in. I’d say this is the hardest I’ve ever worked in my life. My body is seeing the payoff. Definitely keep an eye on my testing results throughout the pre-draft process (laughs). I’m not going to throw any numbers out there, but I’ll say that much.

JM: When we turn the tape on, we see a long and physical cornerback prospect. Does Tyrique Stevenson prefer to play man or zone coverage?

JM: You played man coverage at a high level. How do you look back on your decision to transfer from Georgia to Miami?

Tyrique Stevenson: I felt like it was the best decision I’ve ever made. I felt that way then and I still feel that way today. I made the best decision on my behalf. I placed my future in a better position by making that decision. I found more opportunities for myself at Miami.

JM: You sure did. What can you accomplish at the Senior Bowl that you can’t at other pre-draft events?

Tyrique Stevenson: I think it gives me an opportunity to command some respect throughout this process. We’re going to put the pads on. I’m ready to compete. I’m ready to earn my respect.

JM: Patrick Peterson is a legend. At the end of the week, what does a successful Senior Bowl week look like for Tyrique Stevenson?