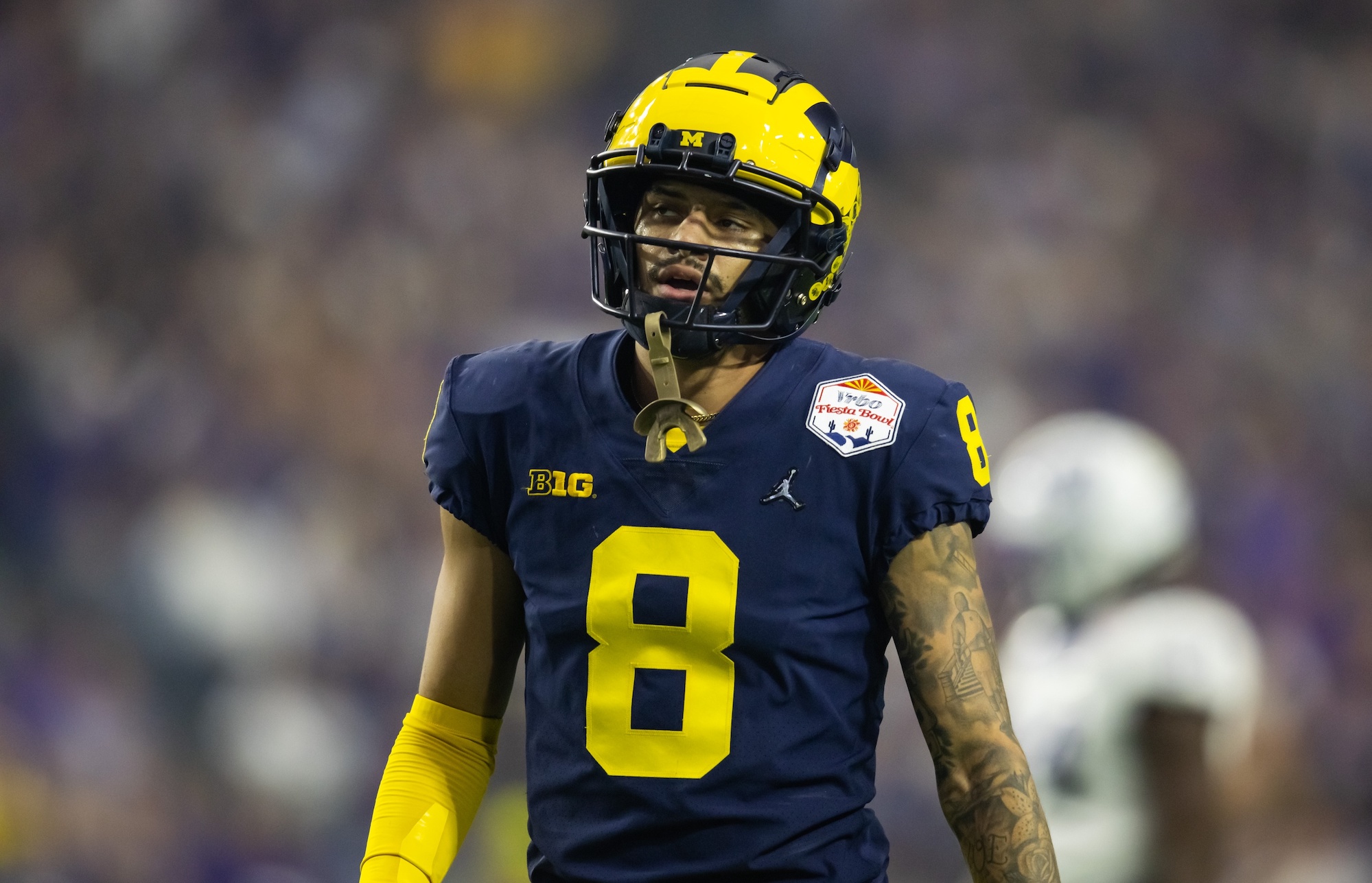 The 2023 Senior Bowl will provide an opportunity for NFL draft prospects to prove themselves on the largest pre-draft stage. Michigan wide receiver Ronnie Bell plans on taking full advantage. Bell recently spoke exclusively with the Senior Bowl and Draft Network to discuss his motivation for accepting his invitation to compete in Mobile, Alabama.

Bell also talked about what he’s striving to prove to NFL general managers and scouts in attendance at the Senior Bowl, his favorite routes to run, special teams prowess, and more. Let’s get to know Ronnie Bell a little better.

Ronnie Bell: I was in the meeting room with the entire team. It was a Monday meeting to start our week off right. Coach [Jim] Harbaugh announced every name that received an invite to the Senior Bowl. I was among those names. I sat there in stunned silence at first. I was almost confused. I‘m very thankful and excited to be a part of the Senior Bowl.

JM: That sounds like a great moment. What was your motivation for accepting the Senior Bowl’s offer?

Ronnie Bell: I’m excited to play against some of the best talent coming out of college football. I have a chance to compete with some big-time prospects in the 2023 NFL Draft.

Ronnie Bell: I’m excited to put my skill set on display. I’m going to approach practice and game day with the same mentality. I think my practice habits will capture attention. I’m going to show everybody what I’m capable of.

Ronnie Bell: A couple of my teammates are going to be in attendance. I’m excited to perform alongside Ryan Hayes and Olusegun Oluwatimi again. I can’t wait to be on the field with my brothers from Michigan again.

Ronnie Bell: I love every route that gets the ball in my hands (laughs). I love running every route. I really don’t have a preference.

JM: You returned a ton of punts throughout your time at Michigan. What do you enjoy about playing special teams, and do you hope to continue returning punts in the NFL?

JM: Coach Jim Harbaugh is one of the best coaches in the nation. You brought him up earlier. He recently announced that he plans to stay at Michigan. What’s the biggest lesson coach Harbaugh taught you?

Ronnie Bell: He preaches staying ready and being productive. He prepared us to be ready for our opportunities. If you’re not progressing, you’re regressing (laughs). Coach Harbaugh always says that. We have to stay productive. We have to be growing as players. He always said “onward.”

JM: I love that (laughs). How do you think playing in Michigan’s system prepared you for the NFL?

Ronnie Bell: The level of competition is going to speak for itself at the Senior Bowl. This is the pre-draft event that allows the best seniors in the nation to compete against one another on the football field. We’re going to put the pads on and play football. We’re going to perform in front of every coach, scout, and general manager in the NFL.

Ronnie Bell: Definitely all of my guys from Michigan. Kwity Paye, Josh Uche, Hassan Haskins, Nico Collins, and Donovan Peoples-Jones come to mind. Really just everybody I’ve ever shared a locker room with. Those are my brothers for life. There are a ton of Michigan guys at the next level.

JM: Those are some excellent choices. At the end of the week, what does a successful Senior Bowl week look like for Ronnie Bell?

Ronnie Bell: I’m going to be healthy and productive. I plan on having a big week in Mobile.