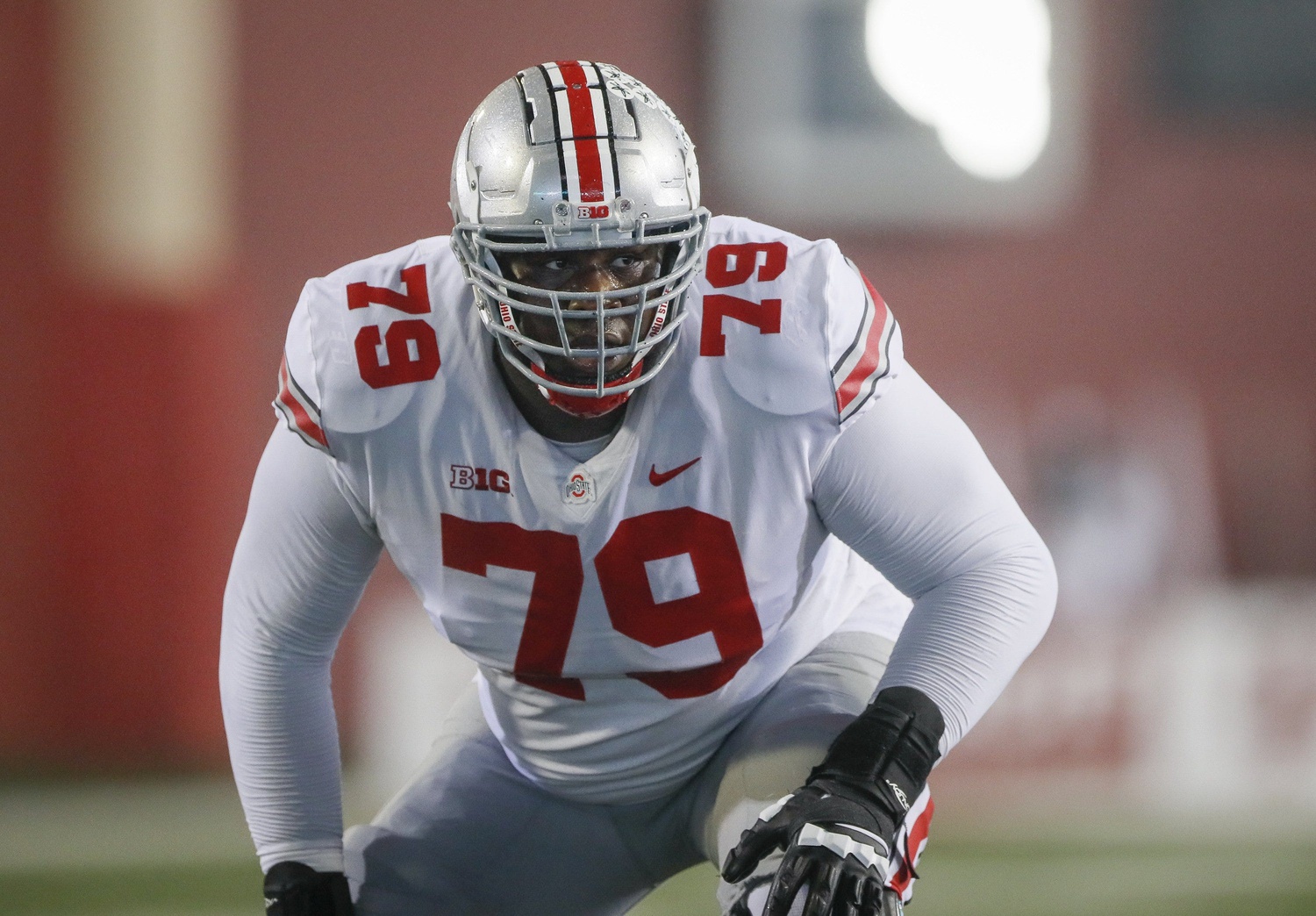 Senior Bowl 2023 OL Primer: What You Need To Know

A group of high-impact talent primed to light up the showcase event, the pool of offensive line prospects set to take the stage in Mobile for the Senior Bowl is an enticing one. We here at Draft Network will have you covered from every angle starting in a few weeks’ time live from the Senior Bowl. With less than a month until pads begin to crack during Senior Bowl practices, here is a deep dive into a talented group of tackles, guards, and centers to keep an eye on.

A four-year impact starter for the Trojans, Andrews is one of the top pure centers in the class. He’s allowed just six sacks in more than 1,600 reps in pass pro and has the chance to slot in right away for a team as an anchor along the front five. He’ll provide value for a team in need of fresh legs within the lungs of their line.

I expect Avila to enjoy a ton of success at the Senior Bowl. A road grader in the ground game that is a brick wall to get around in pass pro, he has the chance to play for a decade in the NFL. I’m a big fan of his game.

He’ll get work at both tackle and guard during the week, which should allow us to get a nice glimpse of where he could find his most success from Day 1. Length has been a knock of his, but he’s an extremely smooth mover at 6-foot-4 and 320 pounds.

There wasn’t a single 1 or 3-tech to his side that was able to work past him this fall (zero sacks allowed). With excellent bend in his lower half and constantly active hands, he’s a tough player to beat within the interior. Expect his name to rise during Senior Bowl week.

Refinement is needed in his game but he’s a massive man with nasty intentions. We saw Cole Strange go on day one last year as a former Moc. While we won’t see Curtis go that high, he can rise with a solid Senior Bowl week.

Mobile will be HUGE for Duncan, who faltered against top competition this fall. He looks every bit of the part of a starting left tackle, but fine-tuning his hands and mirroring his body from the top down will allow him to reach his performance ceiling.

An extremely mobile guard, Ekiyor Jr. is a steamroller in open space. He’s also got active hands that constantly allow him to win the leverage battle. He didn’t allow a sack in his last two seasons in Tuscaloosa.

Another pure center, Forsyth is a prospect with a high floor within the interior. You east coast folks probably aren’t too familiar with the three-year starter, but he was darn near perfect this fall. He didn’t allow a sack and gave up just one pressure in 408 snaps in pass pro.

More flexibility in his lower half is warranted but Freeland has some traits to like. Being big doesn’t mean you’re a good football player, but it’s a start. At 6-foot-8, he looks the part. He’s allowed one sack in the last three seasons.

Experience is where Gouraige will stand out. He’s got four seasons of SEC ball under his belt, and his experience facing every type of twist and stunt will offer a team a high floor from the moment he enters the facility.

The Wolverines love to pound the rock, and Hayes was a wrecking ball along the front five for Jim Harbaugh’s unit. He isn’t grabby as an edge protector (one penalty in 2022) and thrived against the best competition in the Big Ten.

One of the largest humans in the class, it won’t be hard to find Jones in Mobile. Then you turn on the tape and see why he’s getting first-round buzz. He’s the size of a small townhome that has the movement skills of a man of much smaller stature. His stock could enter warp speed with a dominant week.

The big uglies live within the trenches, and Mauch’s mentality to staple defenders to the dirt makes you want to run through a wall. He’s going to be a heck of an addition for a team in need of a bully along the front five.

A former five-star prep talent, Morris’ best football is yet to be played. He’s still learning, and while we get so caught up in the immediate production of rookies, evolving Morris’ game in the finer portions of playing the position (control/patience) will slow the game down, and, in turn, speed up his impact.

A transfer from Virginia, Oluwatimi came into his own as the anchor for the country’s top offensive line. While Michigan loved to pound the football with RBs Blake Corum and Donovan Edwards this year, the name of the game is in pass pro, and Oluwatimi is best when asked to pass set where his anchor and explosive hands consistently win at contact.

One of the nation’s most consistent players on the offensive line, he didn’t allow a single sack during his five years in South Bend. He’s got guard/center versatility and veteran-type leadership that will bode well within an NFL locker room.

He won’t be for everyone, but his tape against Isaiah Foskey and Notre Dame excites me about who could be for a team down the line. He’s not perfect and needs tinkering like a lot of guys on this list, but he’s got good feet, is always active with his hands, and rarely opens his chest to guys at the snap.

Everything starts with footwork, and Saldiveri can shuffle and scoot with the best in the country. Watching him as a puller in space was a joy to watch. If he’s able to displace larger, more physical 5-techs in the run, he could be a diamond in the rough for someone.

Arguably the class’ top interior lineman, I wouldn’t be surprised if Schmitz is immovable all Senior Bowl week long. He’s excellent, and while rushers with more mass may push him back at the snap, he’s always able to re-anchor and stall opposing defensive tackles in the tracks. He’s just a flat-out good ballplayer.

He was a bit of an unknown after transferring in from Vanderbilt, but I thought Steen did a fine job protecting Bryce Young’s blindside. He’s got a ton of room for improvement but he will shine as an athlete when asked to slide and work in space. Adding strength will be big for him.

Torrence is a bit of a head-scratcher, but showing up to compete in Mobile tells me a lot about his willingness to move up draft boards and put doubters to bed. He plays over his feet a little too much to me, but the power in his lower half and ability to displace bodies in the run pops on film. He’ll have one of the bigger spotlights among offensive linemen throughout the week.

Guard versatile, Vorhees has All-Pro potential. He’s a force in the run, is rarely moved off his spot when asked to pass set, and carries the nastiness to live within the trenches for a decade. He will be a foundational addition to an offense.

One of my favorite tackles in the class, I love Wright’s ability to play either tackle spot and dominate. It’s not easy to consistently stymie pass rushers in the SEC, but Wright has a knack for blockading the edge in pass pro. Flexibility and athleticism aren’t his ‘A’ traits, but he’s someone you can throw into the fire on day one and not worry about the results.