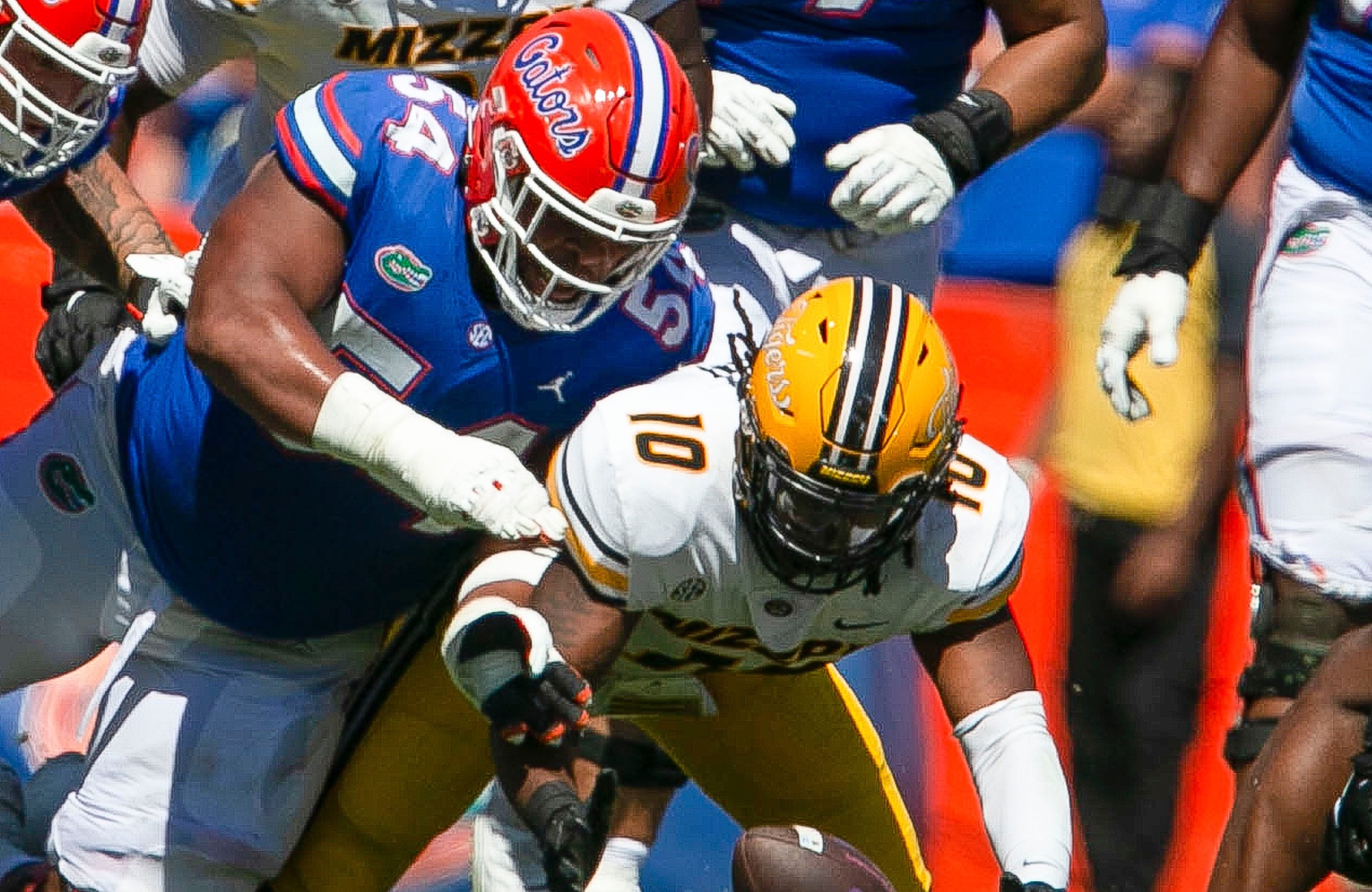 The 2023 Senior Bowl will provide an opportunity for NFL draft prospects to prove themselves on the largest pre-draft stage. Florida interior offensive lineman O’Cyrus Torrence plans on taking full advantage. Torrence recently spoke exclusively with the Senior Bowl and Draft Network to discuss his motivation for accepting his invitation to compete in Mobile, Alabama.

Torrence also talked about what he’s striving to prove to NFL general managers and scouts in attendance at the Senior Bowl, his approach in the trenches, and more. Let’s get to know O’Cyrus Torrence a little better.

It was a surreal moment. I had an excellent discussion with our staff. I was told to stay focused and finish the season strong. Everybody was so excited for me to receive that invite.

O’Cyrus Torrence: I respect the history behind the Senior Bowl. So many great players have come through that event. I’ve built an excellent relationship with Jim Nagy. He’s personally been to several of my practices. We had some incredible discussions during Fall camp. Mr. Nagy has a great relationship with some of the coaches at Florida. It all came together so beautifully. It made me want to attend the Senior Bowl even more.

O’Cyrus Torrence: I have a lot to prove. I’m currently going through the process of changing my body composition. I’m losing weight because I played at a heavier number. I’m going to show up at the Senior Bowl a little lighter on my feet. I’m going to prove I’m capable of doing that.

I’m also going to prove that I’m a team player with good practice habits. I’m going to enjoy the process of being coached by an NFL coaching staff. I’m out to prove that I can learn the playbook in an efficient manner. I don’t have to be told the same thing over and over again. If I see it once, I pretty much got it from here.

I want to show NFL teams that I’m a strong communicator. I can express myself when it comes to talking about different plays and concepts. Those are the things that come to mind.

JM: We love that. How do you look back on your decision to transfer from Louisville-Lafayette to Florida ahead of your senior campaign?

O’Cyrus Torrence: I look back on it now as a good decision. My family and I made that decision together. It ended up working out for the best. It was a difficult decision to make. I built a special relationship with the players and staff at Louisiana-Lafayette.

I knew what was at stake. I wanted to compete in a bigger conference. I’m glad I made that decision. It was tough, but it was the right decision for me. I came here to Florida and I received an opportunity to compete against better players. It gave me better looks and it allowed me to showcase how good I can really be. I played at a high level in a better conference.

JM: What was the biggest difference between the Sun Belt and SEC? Did you learn something about yourself?

O’Cyrus Torrence: I learned that I’m even stronger than I thought I was (laughs). I was barely bull-rushed in the Sun Belt. It might have happened twice my entire time there. At Florida, I was getting bull-rushed at practice and during the season. It allowed me a better opportunity to work on my craft.

Defensive linemen have way more moves in their repertoire in the SEC. I was seeing more swim, dip, and rip moves. There wasn’t anybody strong enough in the Sun Belt to bull-rush me. It was much different in the SEC. The overall size and strength of the players are totally different.

That was the biggest difference for me. I learned that I’m able to hold up against players of that size and stature. I was still holding my own on those bull-rushes. I adapted to the speed of the conference rather quickly. It shows that I have the size, speed, and strength necessary to play at the next level.

JM: You hold your own against top competition. You’re a high-motor player that loves to play through the whistle and finish defenders. How did you develop that demeanor?

O’Cyrus Torrence: I developed that demeanor at a young age from my coaching staff at Louisiana-Lafayette. Coach Rob Sale and coach D.J. Looney taught me to always chase the ball. Coach Looney used to yell at me (laughs). Coach Looney wasn’t satisfied unless we were chasing the ball and playing through the whistle. It didn’t matter if we were blocking our guys and doing our job (laughs). We had to finish.

I still remember the 2020 season. That was our COVID year. We didn’t have any fans in the stands. We could hear the coaches loud and clear because there wasn’t any fan noise. Coach Sale was always yelling at us to chase the ball (laughs). Even now, we have fans in the stands, I’m still hearing that in the back of my head (laughs). Chase the ball.

I’ve always had that “want to.” I’ve always figured you have to play through the whistle and finish your opponent. It was coached into me even going back to high school under coach James Atkins. Why not finish my opponent to the best of my ability? We’re always chasing the ball and doing the little things. I told myself I wanted to be great at those things.

JM: It sounds like you’ve had some terrific coaches who taught you the right way. Do you see yourself playing in a gap or power scheme at the next level?

O’Cyrus Torrence: That’s a good question. I’m excited to showcase how I work alongside other players on the practice field. The Senior Bowl provides that sort of environment. We’re only there for a few days, but we still have to learn an NFL playbook and showcase our strengths. I’m excited to meet new people and show them that I can absorb all of that information.

I can regurgitate that information when necessary. I can learn on the fly. I’m a good teammate and a coachable player. I’m here to learn, put things together, and take to their coaching methods.

O’Cyrus Torrence: I’ve met a few of the players that are scheduled to be in attendance. On the offensive side of the ball, I’m excited to play alongside Richard Gouriage again. We played together at Florida. Hopefully, we’re getting in one more game together.

My other teammate Ventrell Miller is also going to be at the Senior Bowl on the defensive side of the ball. I’m excited to play with both of those guys again. Gouriage and Miller are some of the older guys that took me in when I first transferred to Florida. They welcomed me with open arms. I’m so excited to play with them again.

JM: Those are excellent choices. At the end of the week, what does a successful Senior Bowl week look like for O’Cyrus Torrence?

O’Cyrus Torrence: A successful week would include me meeting my goals throughout the week. I have to make my weight goals first and foremost. I’m staying on top of that leading up to the day.

I’m staying on my body. I want to make sure I’m healthy and ready to go. The little things make the biggest difference. I’m going to make sure that I learn new concepts and different ways to explain something. I want to soak up a bunch of knowledge. That’s going to be one of my biggest points of emphasis. I’m excited to work on my playbook.