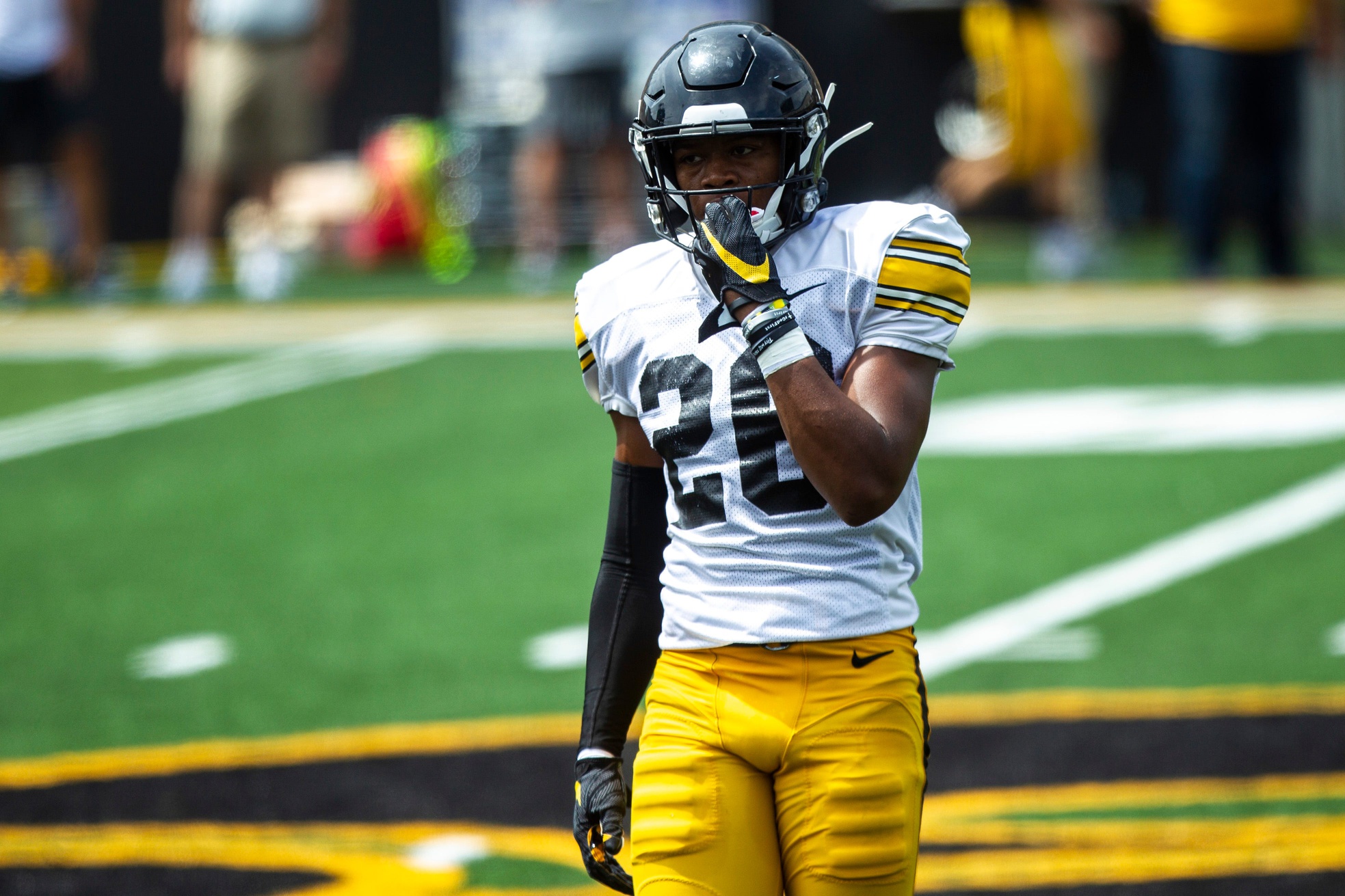 The 2023 Senior Bowl will provide an opportunity for NFL draft prospects to prove themselves on the largest pre-draft stage. Iowa safety Kaevon Merriweather plans on taking full advantage. Merriweather recently spoke exclusively with the Senior Bowl and Draft Network to discuss his motivation for accepting his invitation to compete in Mobile, Alabama.

Merriweather also talked about what he’s striving to prove to NFL general managers and scouts in attendance at the Senior Bowl, his preferred approach in coverage, and more. Let’s get to know Kaevon Merriweather a little better.

Kaevon Merriweather: I was actually sitting at home. It was after our last game of the season. I got a text from one of our player personnel people. They informed me that I received my invite.

I went to campus and picked up my invitation the very next morning (laughs). I wanted to get it that same night. I had to wait until the morning.

Kaevon Merriweather: I was excited to receive an opportunity to compete against some of the best seniors in the nation. The Senior Bowl has an excellent reputation for a reason. We’ve seen some of the NFL greats that have walked those halls.

All of the top senior talents play at the Senior Bowl. I’m excited to share that same space with those guys. I couldn’t pass up on an opportunity to compete.

Kaevon Merriweather: I’m going to prove that I can play at a high level. I’m ready to show everybody that I can maintain my level of play no matter who I’m lining up against. I’m the same high-character guy every single time. I’m the same high-level player I was at Iowa. I can adapt while competing against the best of the best.

Kaevon Merriweather: I’m looking forward to competing against everyone. Anybody I can line up against, everybody that lines up across from me, I’m definitely excited to compete against that person. It’s a next-man-up mentality. I can’t single anybody out.

JM: What’s your favorite aspect of playing the safety position?

I also love being physical in the run game. Our coaches asked us to play in run support. I enjoyed coming downhill in run support. You have to possess an all-around skill set to play the safety position at a high level. You have to be a smart player that can adapt on the fly.

You have to be able to cover. You have to communicate changes in coverage depending on the looks you’re getting from opposing offenses. We also have to be physical. That’s what makes the safety position so much fun to play. You have to be both smart and physical at the same time.

JM: NFL defenses are playing two-high looks with more frequency nowadays. We’ve seen that trend emerge. What’s your take on that, and how experienced are you with two-high looks?

Kaevon Merriweather: We essentially stayed in a two-high shell at Iowa. I’m very familiar with those two-high looks. I’m 100% comfortable in those coverage shells. I have a lot of experience playing Cover 2. We played a ton of Cover 2 at Iowa.

We played that quarters defense. The game of football is always changing and evolving. Defenses have to evolve with it. I think you’re starting to see that at the NFL level. The way you approach offenses is changing.

JM: Say it’s 3rd-and-long with the game on the line. Would you prefer to be manned up on the opposing team’s best receiver, or playing zone coverage with a chance to make a play on something near the sticks?

Kaevon Merriweather: That’s a great question. I won’t lie to you. I probably want to be in zone coverage. I want to make a play on something near the sticks. I think I do a great job reading quarterbacks.

I watch a lot of film. When teams get to that 3rd-and-long, they only have so many plays they’re comfortable running. We do a great job studying our opponents and identifying those opportunities on tape.

There’s only so much you can do. You can jump on where you think the ball is going, especially if it’s a quarterback that stares down his targets. You can get a jump on what the quarterback is trying to do. Being in that zone, having your eyes on the quarterback, and reading what’s in front of you definitely gives me a chance to make a play on the ball.

JM: I love that. What can you accomplish at the Senior Bowl that you can’t at other pre-draft events?

Kaevon Merriweather: I think everybody has an opportunity to leave a good impression on the coaches and general managers in Mobile. The level of competition at the Senior Bowl is going to be outstanding. The Senior Bowl has separated itself. I think there’s a special level of appreciation for the amount of talent that’s going to be in Mobile. We’re going to compete. We’re all out to prove ourselves. That’s what separates the Senior Bowl.

Kaevon Merriweather: Anybody that played with me at Iowa (laughs). We have that brotherhood. There’s a strong connection at Iowa. I’m excited to swap jerseys with anybody that wore that Black and Gold. Guys like Amani Hooker, Dane Belton, Geno Stone, and Micheal Ojemudia come to mind. We have so many guys in the league that I look up to personally.

JM: Those are some excellent choices. At the end of the week, what does a successful Senior Bowl week look like for Kaevon Merriweather?

Kaevon Merriweather: I’m going to compete at the highest level imaginable. I’m going to make a bunch of big plays. I don’t want to make any mistakes. I’m going to stay healthy while making a great impression on every coach I come across.