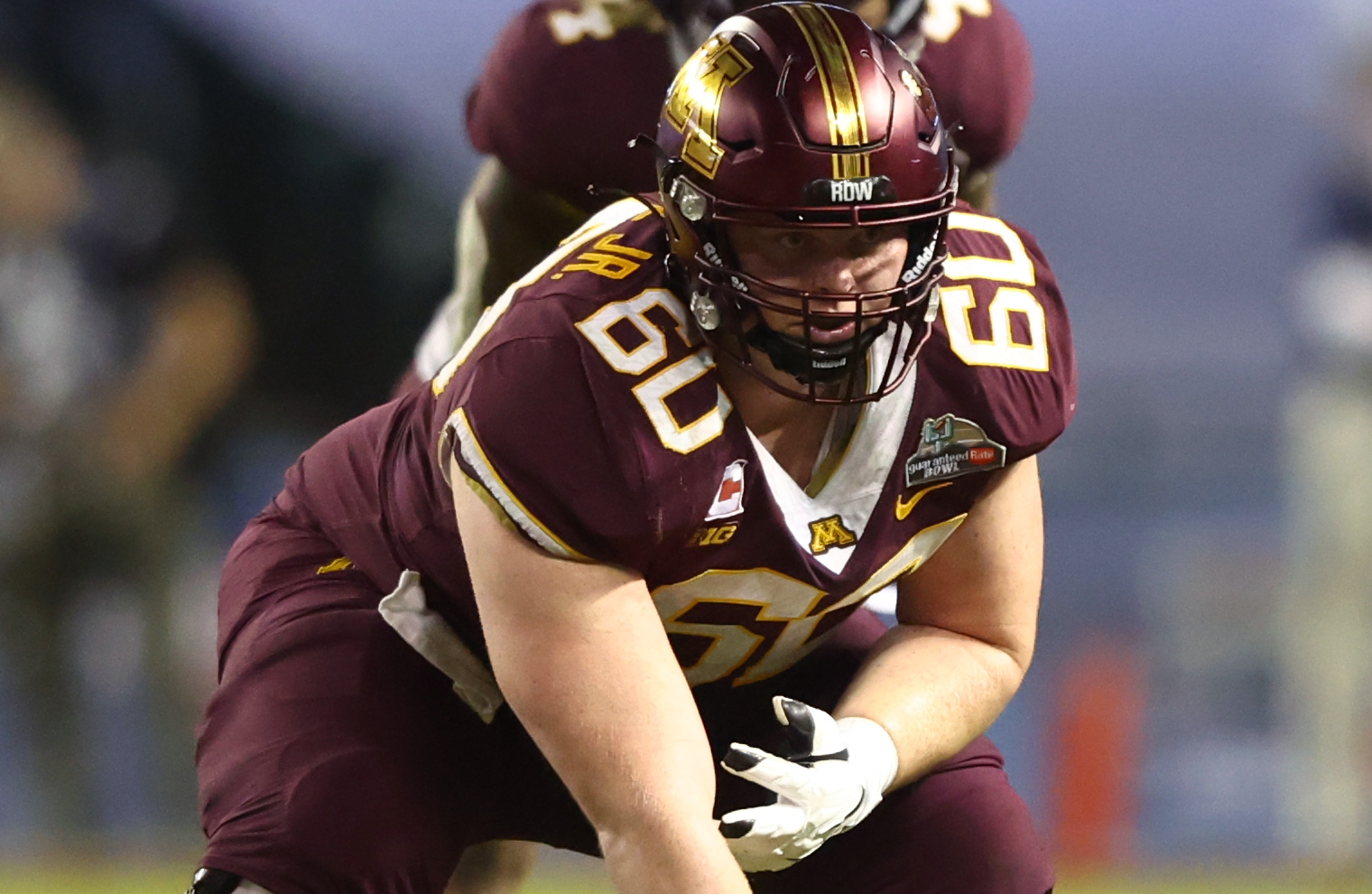 The 2023 Senior Bowl will provide an opportunity for NFL draft prospects to prove themselves on the largest pre-draft stage. Minnesota center John Michael Schmitz plans on taking full advantage. Michael Schmitz recently spoke exclusively with the Senior Bowl and Draft Network to discuss his motivation for accepting his invitation to compete in Mobile, Alabama.

Michael Schmitz also talked about what he’s striving to prove to NFL general managers and scouts in attendance at the Senior Bowl, his identity as a center, and more. Let’s get to know John Michael Schmitz a little better.

John Michael Schmitz: I was extremely excited to receive my invite. To attend the Senior Bowl is to be a part of a great platform for senior NFL draft prospects. It’s a huge opportunity for me to showcase my talents. I’m going to compete against some of the best of the best. I’ve always wanted to attend the Senior Bowl. I couldn’t ask for a bigger opportunity. I was so excited when I received the news.

JM: To expand on that a little, what was your motivation for accepting the Senior Bowl’s offer?

John Michael Schmitz: I love to compete. I’m in competition every single day with myself. I’m consistently trying to chase improvement. I couldn’t pass on an opportunity to compete against the best talent in the nation. I’m going to showcase my abilities in Mobile. I’m going to have a lot of fun with the process. I’m extremely excited.

John Michael Schmitz: I’m looking to prove that I’m one of the top interior offensive linemen in the 2023 NFL Draft. I’m ready to showcase my skills against this year’s senior class of prospects. I’m excited to learn from an NFL coaching staff in Mobile. You never stop learning the game of football as long as you keep applying yourself.

John Michael Schmitz: I’m going to be competing against prospects from every conference around college football. You have guys from the SEC and all the great schools such as Georgia, Alabama, and Ole Miss. I’ll be competing against some guys I played against from The Big Ten as well. There’s a lot of amazing talent out there. I can’t wait to compete.

JM: What’s your favorite aspect of playing the center position?

John Michael Schmitz: I love being the glue that holds the offense together. As a center, we have to connect everybody together. I have to make sure that we’re all on the same page. I have to make sure the offensive line is performing as a unit. We need to see the entire picture the defense is giving us on a snap-by-snap basis. We have to be united. I love doing that for my team.

JM: How did playing in Minnesota’s system help get you ready for the NFL?

When the fourth quarter arrives, those body shots become blows. They start landing a little differently. We’re eventually going to knock you out. Those three-yard gains start turning into explosive runs.

JM: I love that. Due to Minnesota’s run-first identity, do you tend to favor run blocking over pass protection? Most offensive linemen tend to slightly favor one over the other.

John Michael Schmitz: I love doing both. I definitely love running the ball. I may slightly prefer run blocking. I also love pass protection though.

John Michael Schmitz: I’m excited for the national coverage the Senior Bowl commands. We’re going to be in front of a lot of eyes. I’ll be performing for just about every scout, coach, and general manager in the nation. I’m excited to meet with these teams and begin establishing those relationships. I’m going to connect with the other players as well.

I can’t wait to be coached by NFL coaches. The Senior Bowl is a special event. I’ve had former teammates that attended and they’ve always had high praise for the experience. I’m going to have fun in Mobile. I’m definitely excited for it.

John Michael Schmitz: I played with Daniel Faalele for two seasons. He immediately comes to mind. I loved being his teammate. He just finished his rookie season with the Baltimore Ravens. He’s doing big things in Baltimore. I’m excited to catch up with him.

JM: That’s an excellent choice. At the end of the week, what does a successful Senior Bowl week look like for John Michael Schmitz?

John Michael Schmitz: My goal is to show every scout, coach, and general manager that I’m one of the top interior linemen in this class. I can’t wait to showcase my skills. I’m going to address any questions they have about my game. I’ve worked hard to turn my weaknesses into strengths.