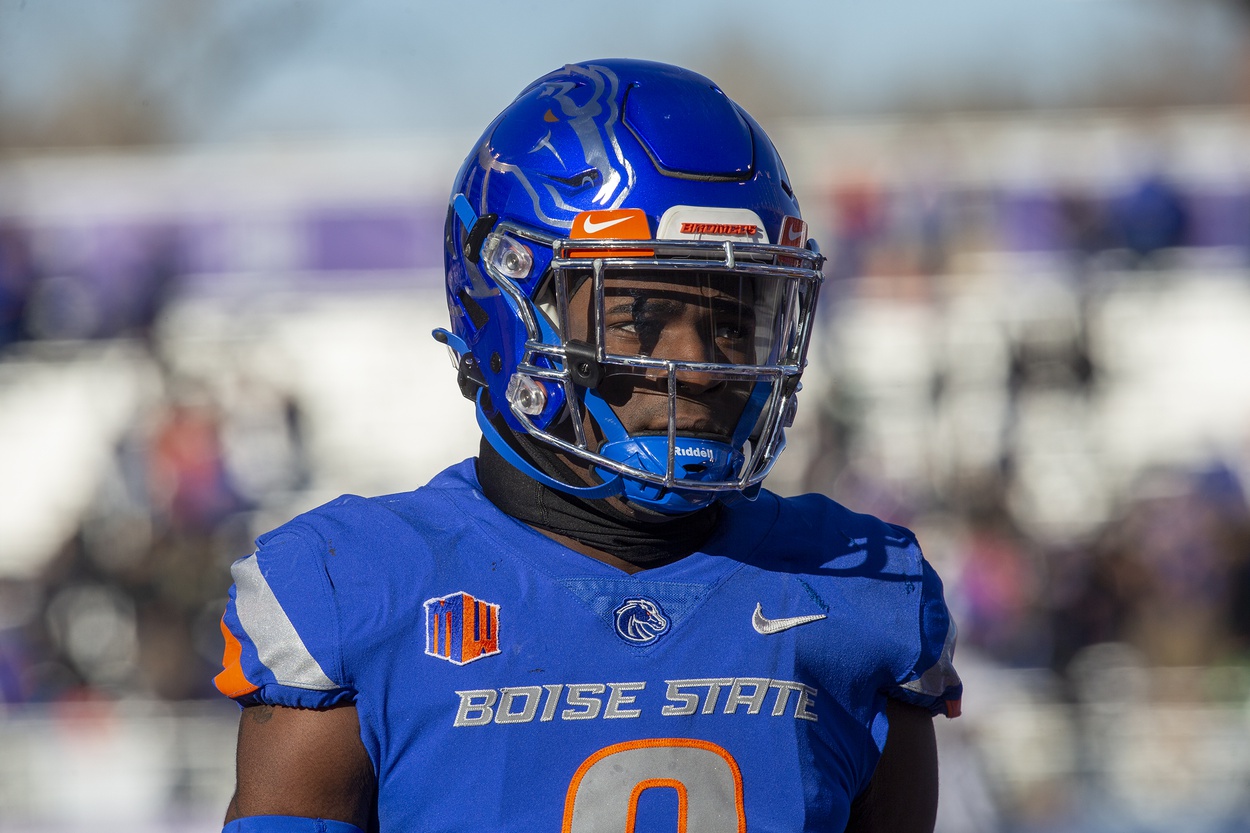 The 2023 Senior Bowl will provide an opportunity for NFL draft prospects to prove themselves on the largest pre-draft stage. Boise State safety JL Skinner plans on taking full advantage. Skinner recently spoke exclusively with the Senior Bowl and Draft Network to discuss his motivation for accepting his invitation to compete in Mobile, Alabama.

Skinner also talked about what he’s striving to prove to NFL general managers and scouts in attendance at the Senior Bowl, his versatility in coverage, and more. Let’s get to know JL Skinner a little better.

JL Skinner: I was actually at our facilities. I was very excited. It’s something that you dream about growing up. To see that invitation there, I was so excited (laughs). I’m very thankful for the opportunity. The coaches were the ones who let me know I had received the invitation. I was at the facility putting some work in.

JL Skinner: I’m excited to go out there and compete with some of the best players in the nation. You’re going to be exposed to a ton of talent at the Senior Bowl. It’s an event that’s filled with opportunity. I’m going to compete against players from different conferences, ones I’ve never played against. I can’t wait to show people that I’m capable of competing at the highest level.

I also want to learn from everybody in attendance. I’m going to learn from the other athletes. My plan is to evolve my game. I’m always trying to become a more complete football player.

JL Skinner: I’m looking to prove that I’ve used this time wisely to improve certain aspects of my game. I’ve become a better defender in coverage. I’m putting the work in. I want to be able to play in any scheme. I’m a football player at the end of the day. I can do everything they want me to do at the next level. I’m going to go out there and prove that I’m a versatile player. I can do whatever my coaches need me to do.

I’m a 6-foot-4 defender that can cover and move around the formation. I can move well. I’ve been working on my mobility and things of that nature. My pre-draft training has been going well.

JM: That’s fantastic. We can’t wait to see you out there. Are there any players in particular that you’re looking forward to competing with and against at The Senior Bowl?

JL Skinner: I’m just looking to go out there and compete against everybody. Competing at the highest level is the most important thing to me. Everybody that received an invite to the Senior Bowl is there for a reason. Everybody has talent. I’m looking forward to competing against everybody in attendance.

JM: When we turn the tape on, we see a prospect that played in both free and strong safety alignments. How did you become a versatile chess piece?

I really appreciated my coaching staff for affording me those opportunities. We ran an extremely versatile defense. It made me a very diverse prospect. I’ve seen so many different things. I give my coaches all the credit.

JM: Coming from Boise State, do you feel like you have something to prove at the Senior Bowl?

JL Skinner: We always do. I have something to prove everywhere I go. We know what the narrative is at Boise State. We’re always going to have that chip on our shoulder. I always feel like I have more to prove than the next guy.

I’m ready to compete at the highest level at the Senior Bowl. I’m going to show that it doesn’t really matter what team or conference you come from. It’s all football at the end of the day.

JL Skinner: We’re actually going out there to play football. That’s really it. I’m going to show that I’m a ball player first and foremost. You don’t really get a chance to do that at the NFL Scouting Combine, for example. That’s more about showing what kind of athlete you are. At the Senior Bowl, it’s about what kind of football player you are. That’s what I’m most excited for. I’m looking forward to representing Boise State one last time.

JL Skinner: I would probably say my teammate Khalil Shakir first and foremost. He’s a Boise State guy. I want to swap jerseys with everybody I played with at Boise State. That bond runs deep. They’re in the NFL right now. Those guys laid down the foundation for us. We’re all trying to make it to the position they put themselves in. Playing alongside my guys in the NFL is exciting to me. We all feel very blessed.

JM: You can’t break the bond that’s formed at Boise State. At the end of the week, what does a successful Senior Bowl week look like for JL Skinner?

I’ve never been to anything like this before, so I’m beyond excited. The Senior Bowl is going to expose me to so many great things.