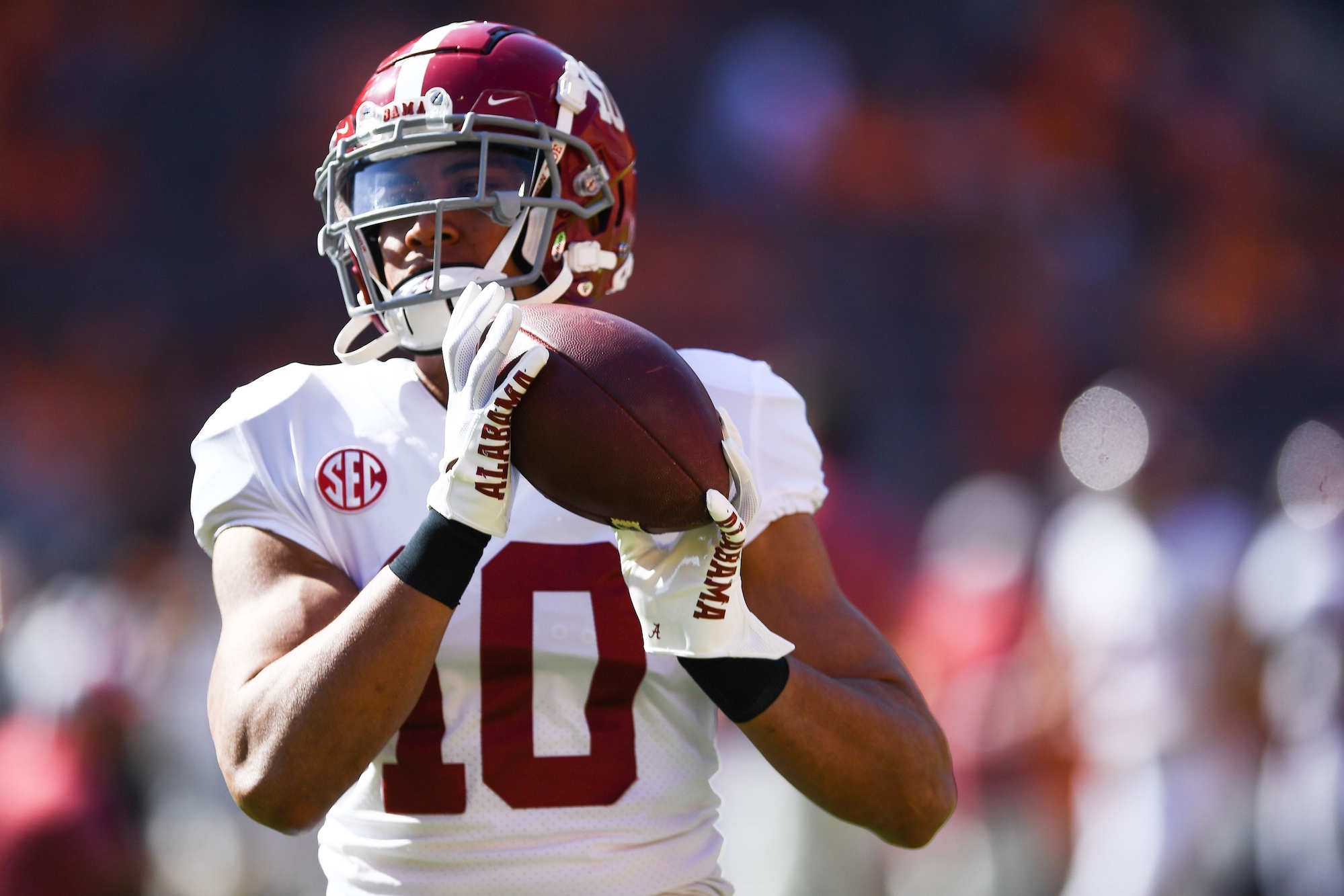 The 2023 Senior Bowl will provide an opportunity for NFL draft prospects to prove themselves on the largest pre-draft stage. Alabama linebacker Henry To’o To’o plans on taking full advantage. To’o To’o recently spoke exclusively with the Senior Bowl and Draft Network to discuss his motivation for accepting his invitation to compete in Mobile, Alabama.

To’o To’o also talked about what he’s striving to prove to NFL general managers and scouts in attendance at the Senior Bowl, his abilities to play as a run defender and in pass coverage, and more. Let’s get to know Henry To’o To’o a little better.

Henry To’o To’o: I believe I was headed to practice. I was getting ready for practice and my coaches pulled me aside to deliver the news. I was super excited. The Senior Bowl is the elite bowl game for NFL draft prospects to attend. It’s an opportunity to make a bigger name for yourself and improve your draft stock. I was super excited for the opportunity.

Henry To’o To’o: I’m excited to go out there and prove a point. I’m going to be competing against some of the best players in the nation. That was probably the biggest thing for me. I love playing against great competition. These guys are vying for spots in the NFL, too. That was the biggest motivating factor for me.

Henry To’o To’o: I want to give all 32 teams a reason to draft me. I’m one of the best linebackers in this draft. That’s my mission. I want to cross my T’s and dot my I’s. I’m going to showcase my athletic abilities in Mobile. I’m a smart football player. My participation will showcase my football IQ.

JM: You’ve talked about proving yourself against the competition. Are there any players in particular that you’re looking forward to competing with and against at the Senior Bowl?

Henry To’o To’o: The biggest competition is against myself. I’m my own biggest competitor. I’m constantly in competition with myself. I don’t focus on anybody else. I’m always trying to be the best player I can possibly be. There are going to be a ton of great players at the Senior Bowl, especially at the running back and tight end positions. I’ll be alongside great linebackers as well. If I’m the best version of myself, ultimately, I think I’ll be just fine.

JM: We love that. What is your favorite aspect of playing the linebacker position?

Henry To’o To’o: You’re the quarterback of the defense. We have control of everything and everybody around us. My teammates feed off of my energy. Obviously, I love the running and hitting aspect of it as well (laughs). I love running and hitting. That’s the biggest key to playing linebacker. I love having control over the entire defense. Everybody turns to you for a response. That’s what I most love about it.

JM: And if you have to pick one, does Henry To’o To’o prefer to defend the run, or drop in coverage?

JM: That’s terrific. Now that you’ve had a few years to think about it, how do you look back on your decision to transfer from Tennessee to Alabama?

JM: And speaking of coach Saban, I’m sure you’ll remember lots of things, but if you were to remember one coaching point or life lesson he taught you, which one stands out the most?

Henry To’o To’o: Coach Saban gives a lot of life lessons (laughs). I think the biggest lesson he ever taught me was that everybody is always chasing the top dog. Everybody wants to beat the best. If you’re the best and you’re not working hard and getting comfortable, you’re going to get beaten. You can’t settle for your current successes. I think that’s the biggest lesson coach Saban taught me. There’s no comfort zone. There’s always somebody coming after you.

JM: That’s an excellent life lesson. What can you accomplish at the Senior Bowl that you can’t at other pre-draft events?

Henry To’o To’o: I’m excited to get a feel for having NFL coaches out there. We’re going to play real football with real NFL coaches. Those coaches are going to get a terrific feel for how we are as a ball player. They’re going to see my athletic ability up close and personal. That’s going to be huge for me throughout the course of the week.

Henry To’o To’o: It has to be my dogs I played at Alabama with (laughs). You also have the greats. I definitely have to get Fred Warner’s jersey. He’s one of my idols. Fred Warner is up there. Devin White and Reggie Ragland also come to mind. I have a whole list (laughs). Hopefully, it comes true.

JM: Those are some excellent choices. At the end of the week, what does a successful Senior Bowl week look like for Henry To’o To’o?

Henry To’o To’o: I couldn’t even tell you. I’m the first one in my family to graduate from college. I’m the first one in my family to pursue an NFL career and make it to the Senior Bowl. I want to walk out of that building with a ton of confidence. I want to leave the Senior Bowl with the confidence that I put my best foot forward. It means I did well throughout the interview process and my on-field performance was as expected. Those are going to be the biggest things for me.

If I do that, the scouts will love what they see.