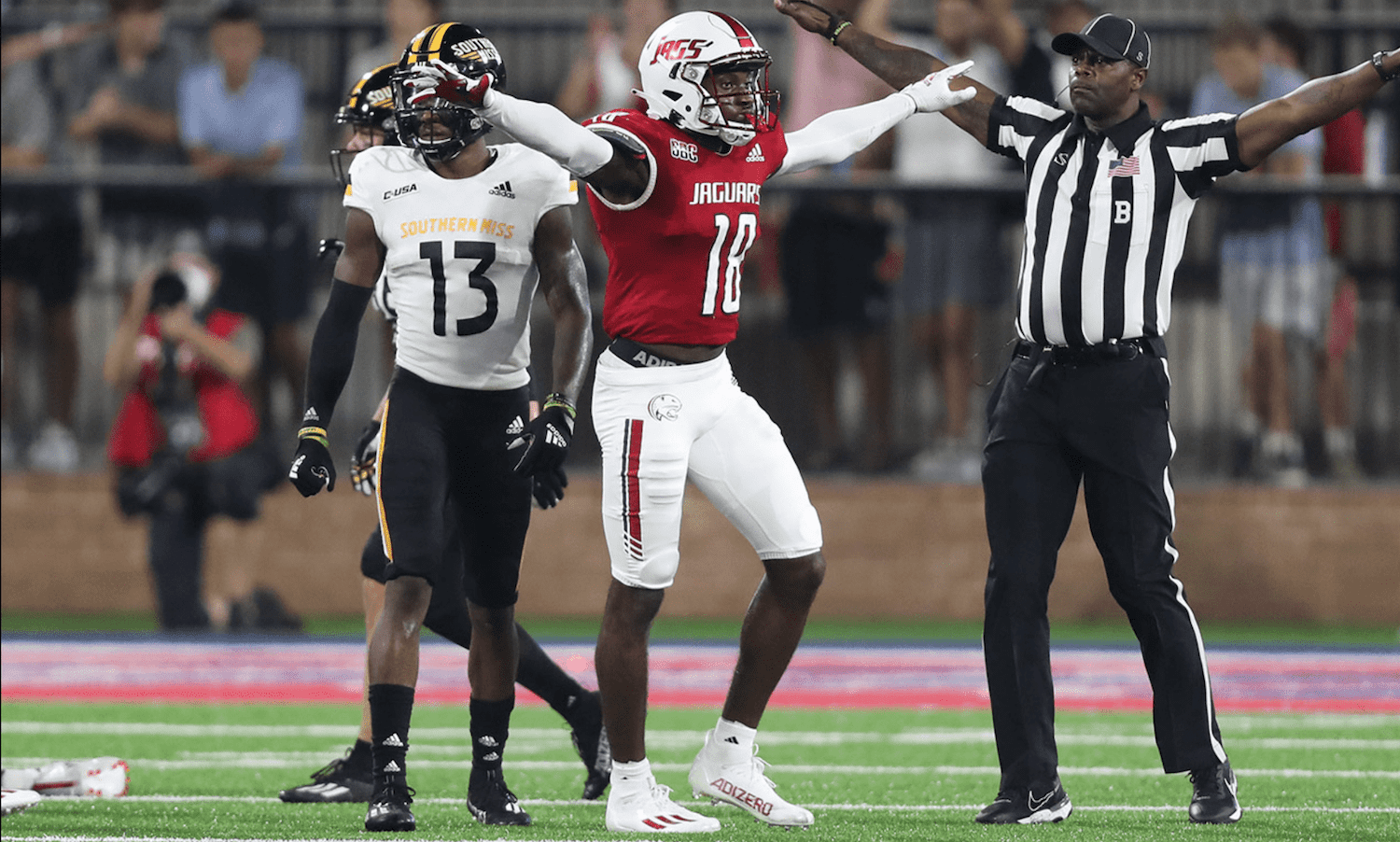 The 2023 Senior Bowl will provide an opportunity for NFL draft prospects to prove themselves on the largest pre-draft stage. South Alabama cornerback Darrell Luter Jr. plans on taking full advantage. Luter recently spoke exclusively with the Senior Bowl and Draft Network to discuss his motivation for accepting his invitation to compete in Mobile, Alabama.

Luter Jr. also talked about what he’s striving to prove to NFL general managers and scouts in attendance at the Senior Bowl, his favorite coverages, and more. Let’s get to know Darrell Luter Jr. a little better.

Darrell Luter Jr.: I was actually at a senior dinner. It was the day before our last game of the season, which was against Old Dominion. Us seniors were sitting in our little conference room having dinner. That’s where I found out about the Senior Bowl’s invite. I was very surprised and thrilled. It was an overwhelming moment for me.

JM: It sounds like a special moment. What was your motivation for accepting the Senior Bowl’s offer? There must be a sense of excitement to compete against players from other conferences.

Darrell Luter Jr.: To receive that invitation from Jim Nagy himself, he’s somebody that I’ve known for a while. He’s been showing me love from the very first moment I arrived at South Alabama. I’ve always heard great things about him and the Senior Bowl.

I also had a front-row seat to the experience Jalen Tolbert had at the Senior Bowl last season. Tolbert and I were teammates at South Alabama. He had amazing things to say about his experience in Mobile. I always hoped I would receive an opportunity to attend the Senior Bowl.

I’m so excited to go through the process. I’m going to attack the process the same way Tolbert did. It’s a blessing from God. I really appreciate Jim Nagy for inviting me and giving me another opportunity to compete.

I’m going to show everybody that I’m one of the most physical, productive cornerbacks in the 2023 NFL Draft. I’m ready to play ball at the next level. I want to prove that I’m capable of displaying my God-given abilities.

Darrell Luter Jr.: I’m really excited to share the experience with my teammate Jalen Wayne. I’m not sure how the rosters are going to play out, but I would love for us to be on the same team (laughs). I’m definitely looking forward to attacking the process alongside Jalen Wayne. Aside from him, I’m excited to get to know everybody else that’s on the roster.

JM: How can the Senior Bowl improve your pre-draft stock? Some fans and media will label you as a “small school cornerback” coming out of South Alabama.

Darrell Luter Jr.: It’s giving me an opportunity to control the narrative throughout the process. It all depends on me and how I attack the process. What else can I ask for? The Senior Bowl is giving me an opportunity to debunk the stereotype. It all depends on how I perform. It could definitely help me improve my pre-draft stock. Whether it goes up or down, it’s up to me. Hopefully it goes up (laughs).

Darrell Luter Jr.: I’m a man-coverage cornerback, in my opinion. I prefer to play man coverage. I’ve been playing man since high school. I’m familiar with zone coverage as well, but I just love being in front of my opponent. I like being close up to the line of scrimmage with an opportunity to press him. That’s what I’m most used to. I’m more comfortable playing man coverage.

JM: We love a man coverage cornerback. That’s terrific stuff. What can you accomplish at the Senior Bowl that you can’t at other pre-draft events? It will likely be the lone pre-draft event you attend that actually allows you to put the pads on and compete.

Darrell Luter Jr.: It’s another chance for me to put the pads on and play football as I go through this pre-draft process. It’s my final opportunity to play football before I go to the NFL Scouting Combine and actually get drafted. It’s one of my goals throughout this process.

Like I said earlier, it could help me improve my draft grade. If I’m viewed as a third-round prospect right now, I can elevate myself into the first or second round with a strong showing at the Senior Bowl. That’s something I’m setting out to accomplish. I’m going to get better while competing against some of the best prospects in the nation.

Darrell Luter Jr.: A.J. Terrell from the Atlanta Falcons comes to mind. I love how he plays the game. Jalen Ramsey is another one. I love Darius Slay. As far as wide receivers go, Justin Jefferson and CeeDee Lamb are excellent players. I have a good friend that’s close with CeeDee Lamb. He always talks about him [Lamb] and I love how he plays the game. A.J. Brown is another one. My former teammate Jalen Tolbert also comes to mind (laughs). He’s with the Dallas Cowboys now.

JM: Those are excellent choices. At the end of the week, what does a successful Senior Bowl week look like for Darrell Luter Jr.?

Darrell Luter Jr.: It would include me being on top of my game first and foremost. I’m talking about drill work, practice sessions, everything. A successful week would see me dominate every drill. I’m looking forward to the one-on-ones and team periods. I’m going to be disciplined in every area of my game. I have to win my individual reps. That’s what a successful week looks like.