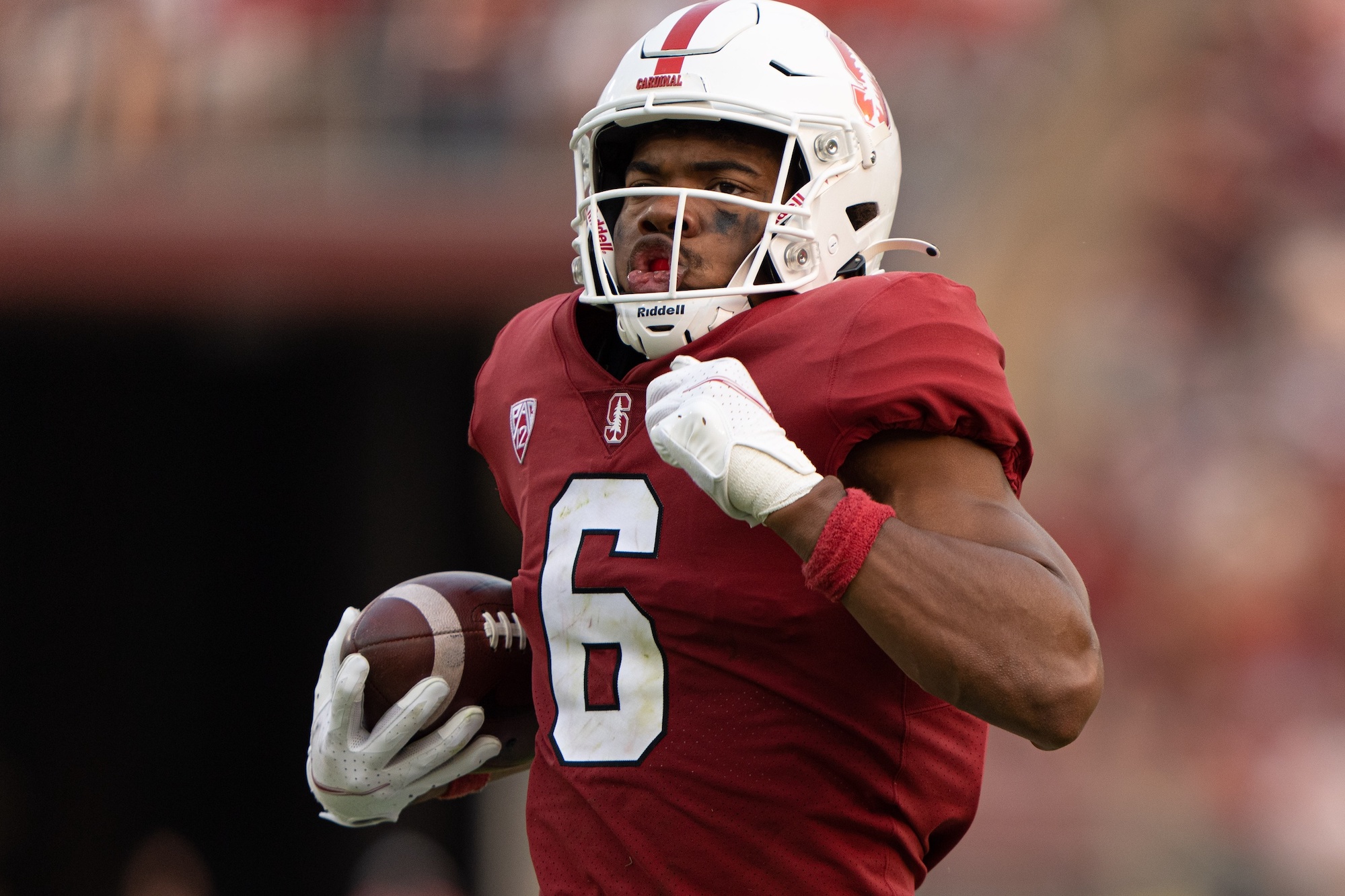 The 2023 Senior Bowl will provide an opportunity for NFL draft prospects to prove themselves on the largest pre-draft stage. Stanford wide receiver Elijah Higgins plans on taking full advantage. Higgins recently spoke exclusively with the Senior Bowl and Draft Network to discuss his motivation for accepting his invitation to compete in Mobile, Alabama.

Higgins also talked about what he’s striving to prove to NFL general managers and scouts in attendance at the Senior Bowl, his favorite routes to run, and more. Let’s get to know Elijah Higgins a little better.

Elijah Higgins: The coaching staff made an announcement after one of our practices. I already had a decent idea that I may receive an invite because an agent I was speaking to at the time caught wind (laughs). I thought I put myself in a position to receive an invite. I was thrilled to be recognized by the Senior Bowl. It was a very exciting moment for me.

Elijah Higgins: I thought accepting an invite to play in the Senior Bowl was a no-brainer, to be honest with you. I’ve been following the Senior Bowl for a long time. I’ve had teammates of mine that played in the game. Everybody that plays college football is familiar with the Senior Bowl.

More than anything, I wanted to take advantage of an opportunity to perform in front of NFL decision-makers. I’m excited to put my skill set on display. Everybody is going to see what I’m capable of doing in person.

JM: Speaking of, what are you looking to prove to NFL general managers, coaching staffs, and scouts in attendance in Mobile?

Elijah Higgins: I’m definitely looking to prove that I’m one of the most physical receivers in this draft. I’m going to showcase that I have great hands. I can run every route in the route tree. I’m not just a big-bodied receiver. I can do things the smaller, more agile receivers can do. I’m looking to prove that I move well for my size. I’m going to showcase my speed. I’m also a physical receiver that’s willing to block. I can’t wait to showcase my overall athleticism.

Elijah Higgins: I’ve started watching film on my potential opponents at the Senior Bowl. I’m training with a few Senior Bowl attendees right now. I’m excited to compete against them because there are going to be some big, physical defensive backs in Mobile. I’m excited to line up against everybody in Mobile.

Elijah Higgins: I like deep outs. Every receiver loves a good go ball as well (laughs). I love doing damage up the seam. I can run a bunch of different routes. I’m willing to run every route. I wouldn’t single anything out, to be honest with you. Running routes against defensive backs in one-on-one matchups is the best part of route running. I love the competitive aspect.

JM: You’re listed at 6-foot-3, 235 pounds. How do you use your terrific size to your advantage?

Elijah Higgins: I use my physicality at the line of scrimmage. I have a diverse release package. Sometimes I’ll use my body to stack a defensive back. Even when the ball’s in the air, I can use my size to box out a defensive back at the catch point. A lot of that just comes naturally to me, to be honest with you. Using my size comes naturally when playing football. I’m always willing to lean on my abilities.

Elijah Higgins: We’re going to put the pads on and play football. That gives me an opportunity to prove I’m capable of running every route in the route tree. That’s what I’m out to prove. I can’t wait to display my abilities in front of NFL decision-makers. I’m going to move well out there. I can’t wait to showcase my speed, physicality, and athleticism. I’m going to listen and learn. My personality as a player will shine through. That’s what I’m most excited about.

Elijah Higgins: Not necessarily to be honest with you. I’ve never been the type of guy that puts players on pedestals. I’m just excited to compete at that level.

JM: At the end of the week, what does a successful Senior Bowl week look like for Elijah Higgins?

Elijah Higgins: I have to win my one-on-one matchups. That’s where the majority of my focus lies. I’m going to develop some relationships with NFL coaches. I want to gain a better understanding of what they’re looking for from me. I’m going to display all of the tools I have on my tool belt.

Above all, I’m going to become a better football player in Mobile while showcasing everything I’m capable of doing.