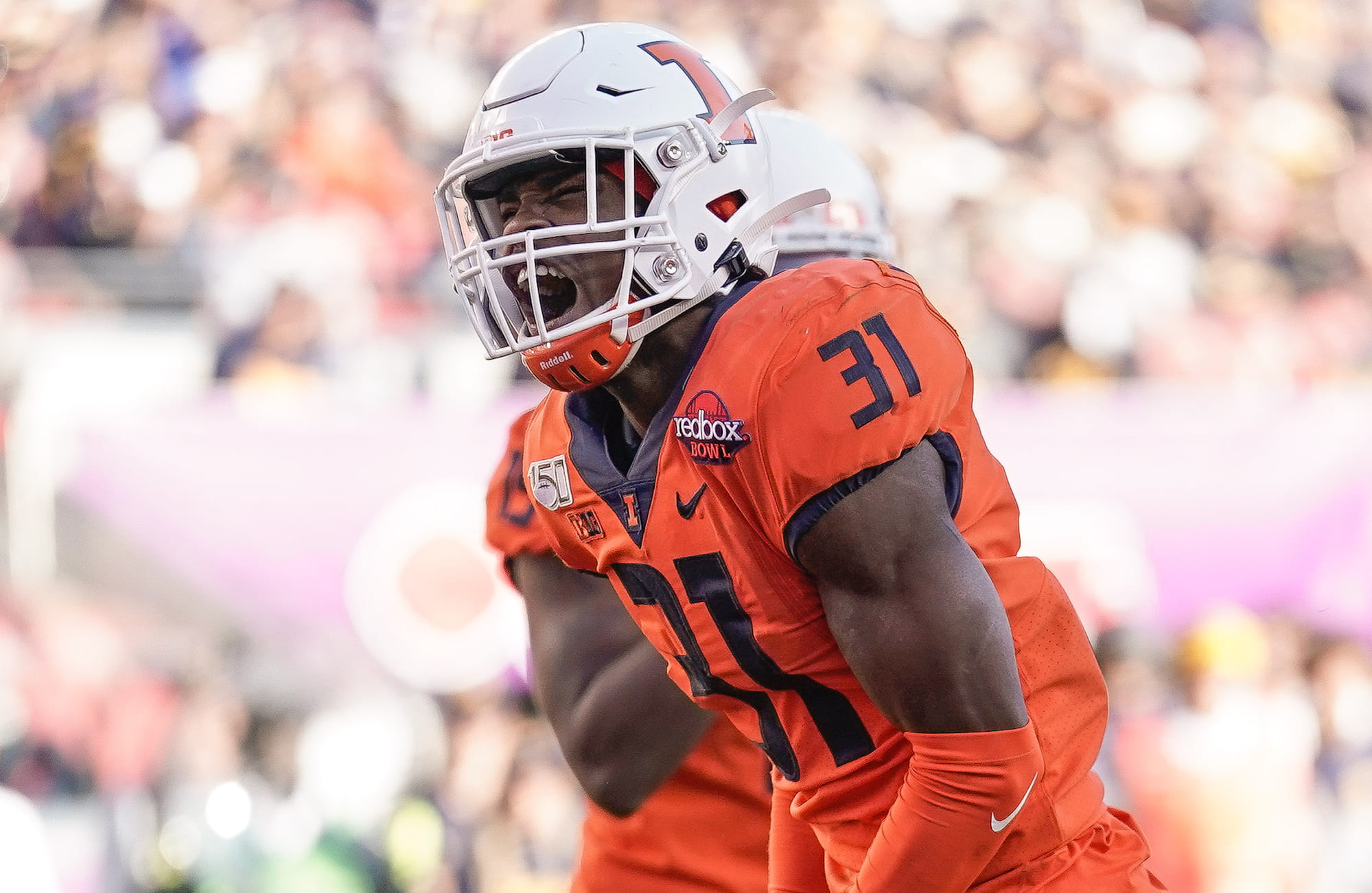 The 2023 Senior Bowl will provide an opportunity for NFL draft prospects to prove themselves on the largest pre-draft stage. Illinois cornerback Devon Witherspoon plans on taking full advantage. Witherspoon recently spoke exclusively with the Senior Bowl and Draft Network to discuss his motivation for accepting his invitation to compete in Mobile, Alabama.

Witherspoon also talked about what he’s striving to prove to NFL general managers and scouts in attendance at the Senior Bowl, his favorite coverages, and more. Let’s get to know Devon Witherspoon a little better.

Devon Witherspoon: I believe I was on my way to one of my classes. If I’m not mistaken, I was headed to the classroom. It was such a surreal moment for me. It felt good knowing that I was on the Senior Bowl’s watch list. I know how big and important the Senior Bowl is. It felt great to be recognized.

Devon Witherspoon: My family. I find motivation in my family. They push me every single day to be great. They’re all the motivation I’ll ever need.

Devon Witherspoon: I’m looking to prove that I’m the type of cornerback they’re looking for. I bring a lot of value to the table. I bring value not only as an outside cornerback but as a versatile defender that can play the nickel as well.

I’m physical. I love to tackle. I’m a confident player. I have a lot to prove in Mobile.

JM: We can’t wait to watch you in person. You recorded career-highs in interceptions (3) and pass breakups (14) this season. Was there an emphasis on increasing your ball production?

Devon Witherspoon: That’s a tough question. I’ll go with man coverage. I’m just so used to playing man. I would say man coverage, but I enjoy sprinkling in a little zone coverage as well. Zone allows me to keep my eyes on the quarterback.

We ran man coverage at least 90% of the time at Illinois (laughs). It was almost always man coverage when I’m on the field.

JM: We love a cornerback that can play man coverage. When in man coverage, do you approach a bigger, more physical receiver differently than you do a smaller, shiftier one?

Devon Witherspoon: It all depends on the scheme they like to run. The scheme says it all, the splits say it all. Those bigger receivers, I know they like to get physical. I know he’s going to use his strength to get off the line of scrimmage and in and out of his breaks. Most of those guys can make contested catches as well. Those smaller receivers are quicker and more agile. They can run the entire route tree.

It all depends on the split and the release. There are so many finer details in all honesty. There’s a lot that plays into that.

JM: I’ll put you in another scenario. Say it’s 3rd-and-long with the game on the line. Would you prefer to be manned up on the opposing team’s best receiver, or playing zone coverage with a chance to make a play on something near the sticks?

Devon Witherspoon: I’m excited to showcase how physical I am. I’m going to prove that I can strap on the pads anytime, anyplace, anywhere. I’m not worried about having time off in between now and the Senior Bowl. I’m always ready to play a physical brand of football. I’m a competitor. I love doing what I do best.

JM: You’re as physical as they come. You played both inside and outside at Illinois. Can you see yourself playing the nickel at the next level, or do you see yourself as a boundary cornerback?

Devon Witherspoon: I’ll leave that up to the teams. I can definitely see myself playing the nickel position. I could always play the outside cornerback position as well. I’m comfortable everywhere. The possibilities are endless with me. It all depends on what the scouts and general managers believe I can do. They’ll determine where I bring the most value to their team.

Devon Witherspoon: I’m looking forward to playing alongside every single player in attendance. I’ve been paying attention to who’s accepted their invite and what not. It looks like we’re going to have a terrific group in attendance. All of those guys are great football players. They’re all here for a reason.

I’m excited to compete against them. I’m honored to be here. I’m looking forward to balling out with them. I’m going to get their perspective on the game, too. I’m here to learn.

Devon Witherspoon: Playing in the league is an honor. I’m looking forward to playing against everybody in the NFL. To be great in that league, you have to be willing to compete against the best of the best. I want to carve out my own legacy.

JM: Those are excellent choices. At the end of the week, what does a successful Senior Bowl week look like for Devon Witherspoon?

Devon Witherspoon: Who knows? (laughs). I’m going to leave that up to the scouts in attendance. I can’t speak for the scouts. I’m excited to go out there and compete.