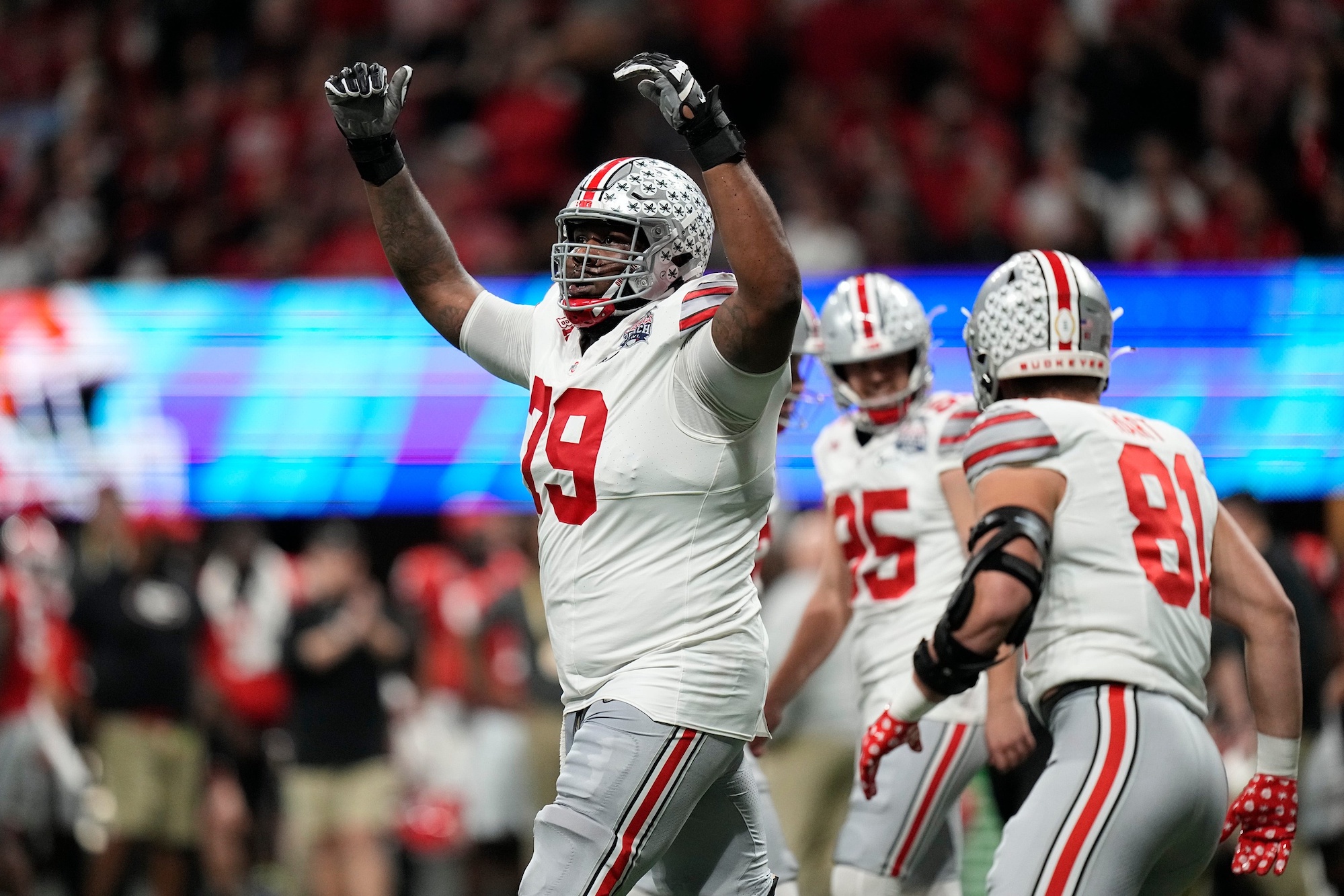 The 2023 Senior Bowl will provide an opportunity for NFL draft prospects to prove themselves on the largest pre-draft stage. Ohio State offensive tackle Dawand Jones plans on taking full advantage. Jones recently spoke exclusively with the Senior Bowl and Draft Network to discuss his motivation for accepting his invitation to compete in Mobile, Alabama.

Jones also talked about what he’s striving to prove to NFL general managers and scouts in attendance at the Senior Bowl, his size advantage, and more. Let’s get to know Dawand Jones a little better.

Dawand Jones: I believe I was at our facility when I got wind of the invite. It was such a cool moment for me. I’m a fan of football and I’ve always watched the Senior Bowl on television. I’ve paid close attention to the Senior Bowl and they’ve always put NFL draft prospects in good positions. It’s a special event. A bunch of my former teammates have spoken highly of the Senior Bowl.

Dawand Jones: I view the Senior Bowl as an important step in the pre-draft process, especially as a true senior. It’s an important event once you declare for the NFL draft. I’ve never been the type to shy away from competition. I’m excited to play against that competition in Mobile. That played a huge role in my decision to accept the offer.
JM: What are you looking to prove to NFL general managers, coaching staffs, and scouts in attendance in Mobile?

Dawand Jones: I want to prove to everybody that I’m light on my feet. I’ve been working on my hips and mobility. I’ve become a better athlete over these past few months. I’m thrilled with how my pre-draft training is going. I’m excited to put those improvements on display. I’ve been working and training on becoming more explosive.

There’s a bunch of stuff people don’t think I can do (laughs). It’s all good. I’m excited to prove people wrong in Mobile. I’m a more agile athlete today than ever before.

Dawand Jones: I know there’s going to be a lot of talent across the defensive line. I know my teammate Zach Harrison accepted his invite as well. I’m excited to see him there. Darnell Wright from Tennessee is a good offensive tackle prospect, too. Hopefully, I see him there. He’s a good guy.

JM: The majority of your experience has occurred at the right tackle position. Is that where you see yourself playing in the NFL?

Dawand Jones: I see myself playing wherever the team needs me. I can honestly play wherever I’m needed.

JM: When we turn the tape on, we see an absolute mauler in the run game. You’re a massive, powerful blocker. How would you describe your identity as an offensive tackle?

Dawand Jones: I try to make sure that I use my length to my advantage. I’m a long guy. I just have to be careful not to overdo it and get myself in trouble. I always try to make sure length is at the forefront of my game. I can keep opposing defensive linemen off balance because they know I’m 6-foot-9 with long arms. I have longer arms than most guys I come across.

JM: You’re the total package. Would you say your game is more developed as a pass protector, or as a run blocker at this point in time?

Dawand Jones: I would probably say I’m more developed as a run blocker at this point in time. We ran the ball a ton at Ohio State this year. I’m just very experienced as a run blocker. I’ve been exposed to a bunch of things throughout the past four years though. We repped a lot of run plays. That repetition leads to improvements. I love how the run game allows you to get on guys a little quicker.

JM: Ohio State has you listed at 6-foot-9, 360 pounds. You’ve talked about your size a little bit. What are some of the ways you use your overwhelming size to your advantage?

Dawand Jones: I don’t know, how about going around and pancaking people? (laughs). I like putting all of my weight on people. That tends to wear them down throughout the course of a game. That’s a lot of weight for me to put on people (laughs). That’s what I’m trying to do when we fall on people (laughs). Why not use my God-given talents to my advantage?

JM: I want to stick to this topic, because this is awesome stuff (laughs). What’s your favorite way to demoralize your opponent?

Dawand Jones: I’ve had a lot of people point out my snatch-and-trap technique. I’m starting to take a liking to it myself (laughs). I’m just a physical football player. Obviously, the pancakes come to mind. A good B-gap block can be demoralizing. Taking somebody to the sidelines on a stretch play can be demoralizing.

Dawand Jones: I feel like The Senior Bowl is the premier pre-draft event to attend. I saw a lot of guys accept their invite to attend Mobile. I just feel like the level of competition is going to meet my standards. I’ve seen some of the players that accepted their invites and I’m familiar with what the history of the event has been, especially in recent years. There’s a traditional aspect at play here.

Dawand Jones: I wouldn’t point out anybody in particular. I’m a native of Indianapolis and I would love to swap jerseys with guys from my hometown. Everybody I played with at Ohio State is on my list as well. After I knock those out, guys like Trent Williams come to mind.

JM: Those are some excellent choices. At the end of the week, what does a successful Senior Bowl week look like for Dawand Jones?

Dawand Jones: Hopefully I dominate all week long. I’m going to have fun out there while taking care of business. I’m going to ace the interview process like I’m supposed to. I feel like if I do all of these things, I’m going to prove my draft stock at the Senior Bowl.