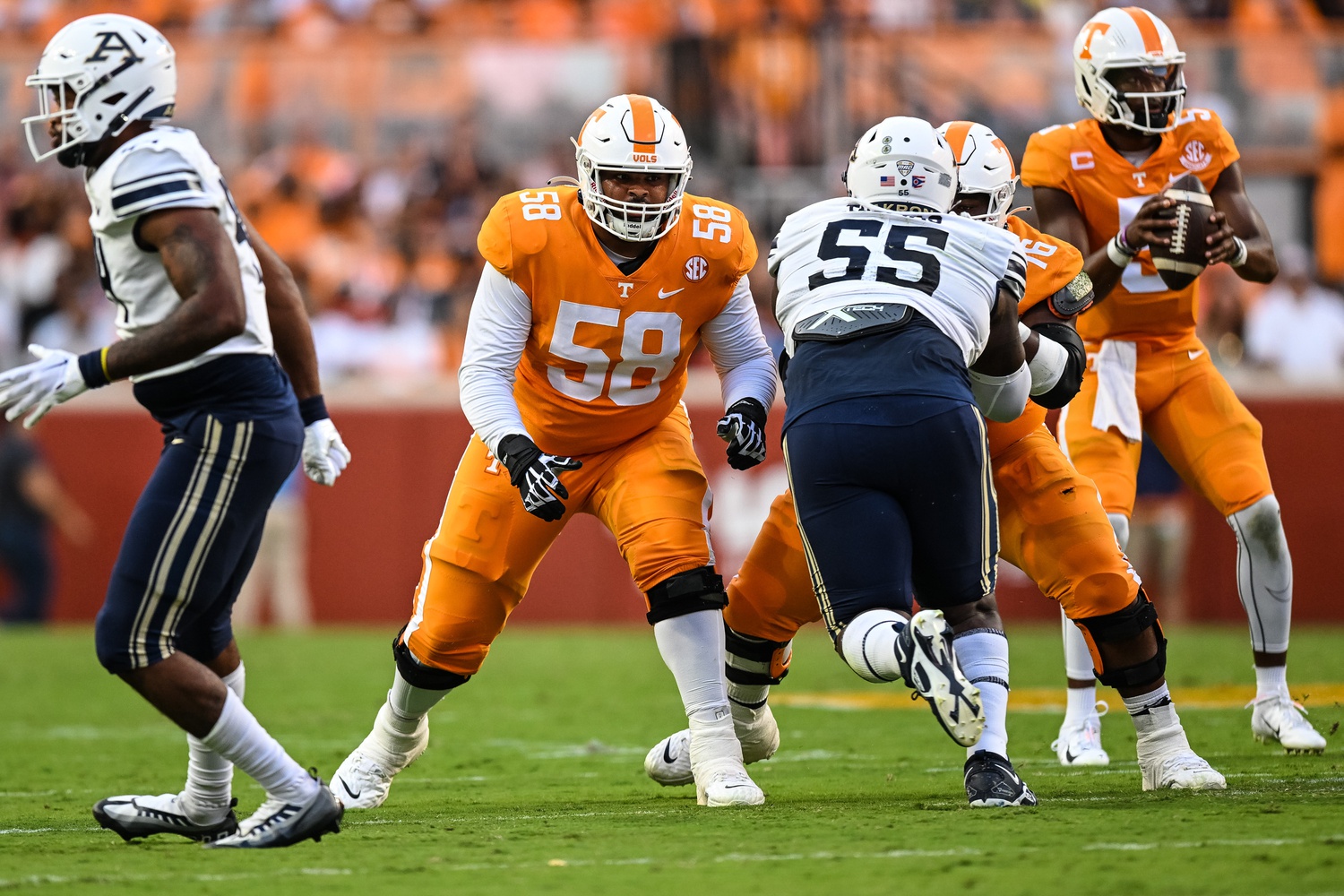 The 2023 Senior Bowl will provide an opportunity for NFL draft prospects to prove themselves on the largest pre-draft stage. Tennessee offensive tackle Darnell Wright plans on taking full advantage. Wright recently spoke exclusively with the Senior Bowl and Draft Network to discuss his motivation for accepting his invitation to compete in Mobile, Alabama.

Wright also talked about what he’s striving to prove to NFL general managers and scouts in attendance at the Senior Bowl, his experience as a left and right tackle, and more. Let’s get to know Darnell Wright a little better.

Darnell Wright: I was at our facilities. My coaching staff handed me the invite. I was very excited. I was hoping to receive an invite to the Senior Bowl. I was so happy when I finally received that news.

Darnell Wright: I understand that the Senior Bowl is the premier all-star bowl game. That was my main motivation for accepting the offer. It’s a huge opportunity for me to showcase myself. That was probably my biggest motivation.

JM: It sure is. What are you looking to prove to NFL general managers, coaching staffs, and scouts in attendance in Mobile?

Darnell Wright: I have to prove it to myself above anything. I’m always in competition with myself. I’m my own biggest critic. I want to prove that I can compete at the highest level imaginable. There’s going to be a ton of talent in Mobile. That’s what I’m trying to prove.

Darnell Wright: I’m looking forward to competing with everybody that’s scheduled to be in attendance. I’m looking forward to seeing some of my teammates there. I know my guy Byron Young is going to be there. I’m going to have so much fun watching him do what he does best. Hopefully, we’ll get some reps against each other as well (laughs). That would be a lot of fun.

Darnell Wright: I’m probably most comfortable with right tackle because I’ve played more snaps on the right side. The majority of my experience is at right tackle. There are a lot of differences between the two in all honesty. Ultimately, it comes down to which one you’ve put more time into. For me, that’s right tackle.

They’re very different. It’s like trying to do something with your opposite hand. If you do them both enough, you’ll get comfortable doing both, but the one that you focus on the most is probably the one that comes more naturally to you. You’ll get the job done, but it’s a little weird (laughs).

JM: That makes a lot of sense. I assume you see yourself playing right tackle in the NFL then.

Darnell Wright: It just depends on the team that drafts me. I’ve had more experience at right tackle. It would be fun to keep playing right tackle. If they need me to play left tackle, I’ll play left tackle. I played left tackle because that’s what Tennessee needed from me. We needed help on the left side. I could do the same thing at the next level. I’ll do whatever is best for the team.

JM: How did playing in Tennessee’s offensive scheme get you ready to play in an NFL offense?

Darnell Wright: I think the main reason Tennessee’s offense helped prepare me for the next level is because I mainly played on an island. I found myself going up against some very good pass rushers in the SEC. We had a fast-tempo offense. That was very good for me. I had to get used to that tempo. It’s always fun to go fast. Opposing defenses get tired.

I was trusted to defend the EDGE against some of the best pass rushers in the country. I think that definitely got me ready for the NFL.

JM: That’s a great point. What can you accomplish at the Senior Bowl that you can’t at other pre-draft events?

Darnell Wright: I’m excited to compete against some of the best seniors in the country. I know the level of competition is going to be extremely high at the Senior Bowl. There are going to be a ton of good players in Mobile.

Darnell Wright: Trey Smith immediately comes to mind. We played together at Tennessee. He’s with the Kansas City Chiefs now. Cade Mays is another former teammate of mine. Those two are at the top of my list.

JM: Those are some great choices. At the end of the week, what does a successful Senior Bowl week look like for Darnell Wright?

Darnell Wright: A successful Senior Bowl looks like Darnell Wright being the best offensive tackle in Mobile. I’m going to stay healthy and have a smooth week.