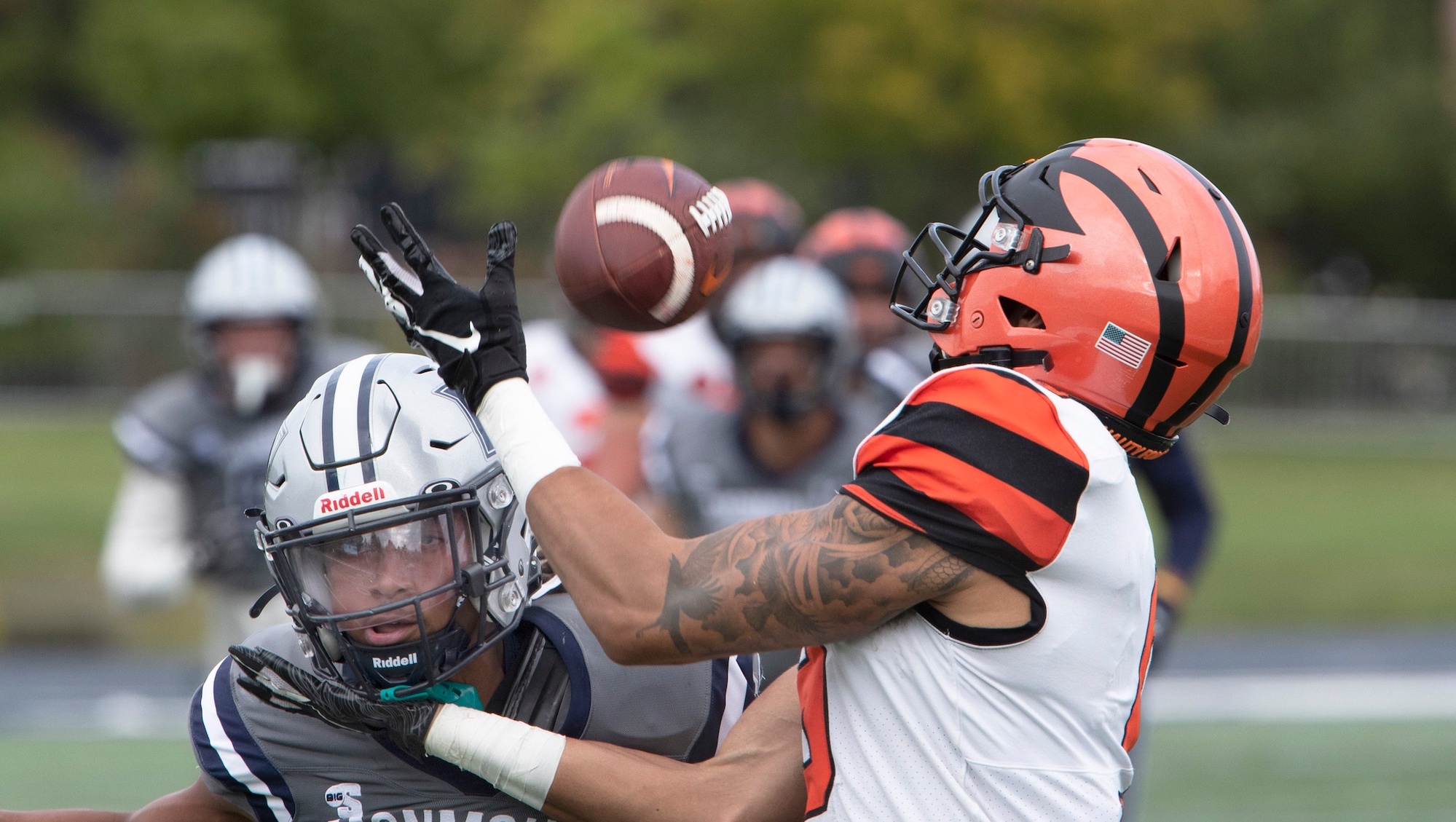 The 2023 Senior Bowl will provide an opportunity for NFL draft prospects to prove themselves on the largest pre-draft stage. Princeton wide receiver Andrei Iosivas plans on taking full advantage. Iosivas recently spoke exclusively with the Senior Bowl and Draft Network to discuss his motivation for accepting his invitation to compete in Mobile, Alabama.

Iosivas also talked about what he’s striving to prove to NFL general managers and scouts in attendance at the Senior Bowl, his versatility in coverage, and more. Let’s get to know Andrei Iosivas a little better.

Andrei Iosivas: One of the agents I was speaking to had mentioned that I was possibly going to receive an invite (laughs). That was the first time I’d heard of it being a possibility. I was excited about that. Jim Nagy personally handed me an invite at practice later that night. That was pretty cool.

Andrei Iosivas: I just wanted an opportunity to compete against some of the best athletes in the nation. I know a lot of people are knocking me for playing in the Ivy League. I want to prove that I can compete with the best of the best. I think I have an opportunity to improve my pre-draft stock.

JM: It sounds like debunking the “small school” narrative comes to mind for you. The Senior Bowl is providing you with an opportunity to compete against D-I talent from conferences such as the SEC. That doesn’t happen for someone that played at Princeton. It’s happening for you though.

Andrei Iosivas: I feel extremely blessed to be in this position. I’m hoping to put smaller schools like Princeton on the map. A lot of people have paved the way for me. I hope to keep that going for the next generation of small-school athletes.

JM: Outside of debunking that narrative, what are you looking to prove to NFL general managers, coaching staffs, and scouts in attendance in Mobile?

Andrei Iosivas: I’m heading to Mobile with a massive chip on my shoulder. I’m showing up with the intention to work extremely hard. I’m excited to be coached. I’m going to prove that I’m a coachable player.

I think I’m one of the best athletes in the country. I’m planning on surprising a lot of people throughout this process, and that starts at the Senior Bowl. I feel like I’m the whole package.

JM: We’re so excited to watch you in Mobile. Are there any players in particular that you’re looking forward to competing with and against at The Senior Bowl?

Andrei Iosivas: I’m excited to see TCU quarterback Max Duggan out there. I know he recently accepted his invite. That’s really exciting stuff. I’m actually training with Kansas State defensive back Julius Brents at House of Athlete right now. He’s a big boy—he’s like 6-foot-4 or something like that. I’m excited to square off with him. Just looking at him physically, I think that’ll be a great matchup for us both.

JM: You may be the player with the most to gain in Mobile. Does that alter your mindset or approach at all?

Andrei Iosivas: I’ve always felt like I have something to prove. There’s a little bit of pressure on me to perform because I realize the magnitude of the opportunity I have in front of me. But once I step onto the field, all of that outside noise goes away. It’s more about the process leading up to it.

JM: You’re listed at 6-foot-4, 200 pounds. Do you approach smaller cornerbacks in coverage differently than you would one that can match your size?

Andrei Iosivas: I pay close attention to their approach. Is he playing shadow technique? They might be more physical with me at the line of scrimmage. I approach each player with a different toolbox. I always go with what I feel will work best. I like to get a feel for how they play. Sometimes those smaller cornerbacks can be more physical with their leverage. You can’t put them in a box. I try to play each corner differently.

JM: How is your pre-draft training going? You strike me as the kind of guy that could light the world on fire over these next few months.

Andrei Iosivas: It’s going really well. I’m training with Yo Murphy at House of Athlete in Tampa Bay. I’m around a bunch of excellent people. I’m so hungry right now. You have no idea. I’m so focused every day. I think that’s really going to help me when the world starts learning more about me shortly.

Andrei Iosivas: The amount of attention that’s there speaks for itself. Every NFL team, coach, and decision-maker is going to be in attendance. There are so many eyes on us. I’m looking forward to building those relationships.

I study his game. He’s a bit bigger than I am so he can do some different things. I love watching how physical he is. He has extremely strong hands. His yards-after-catch ability is something to behold as well. I just think he’s a monster.

JM: He sure is! Those are some excellent choices. At the end of the week, what does a successful Senior Bowl week look like for Andrei Iosivas?

Andrei Iosivas: It starts with me dominating one-on-ones first and foremost. I’m going to crush the interview process as well. I’m going to play confidently. That’s the most important thing for me. If I do all of those things, everything will take care of itself.