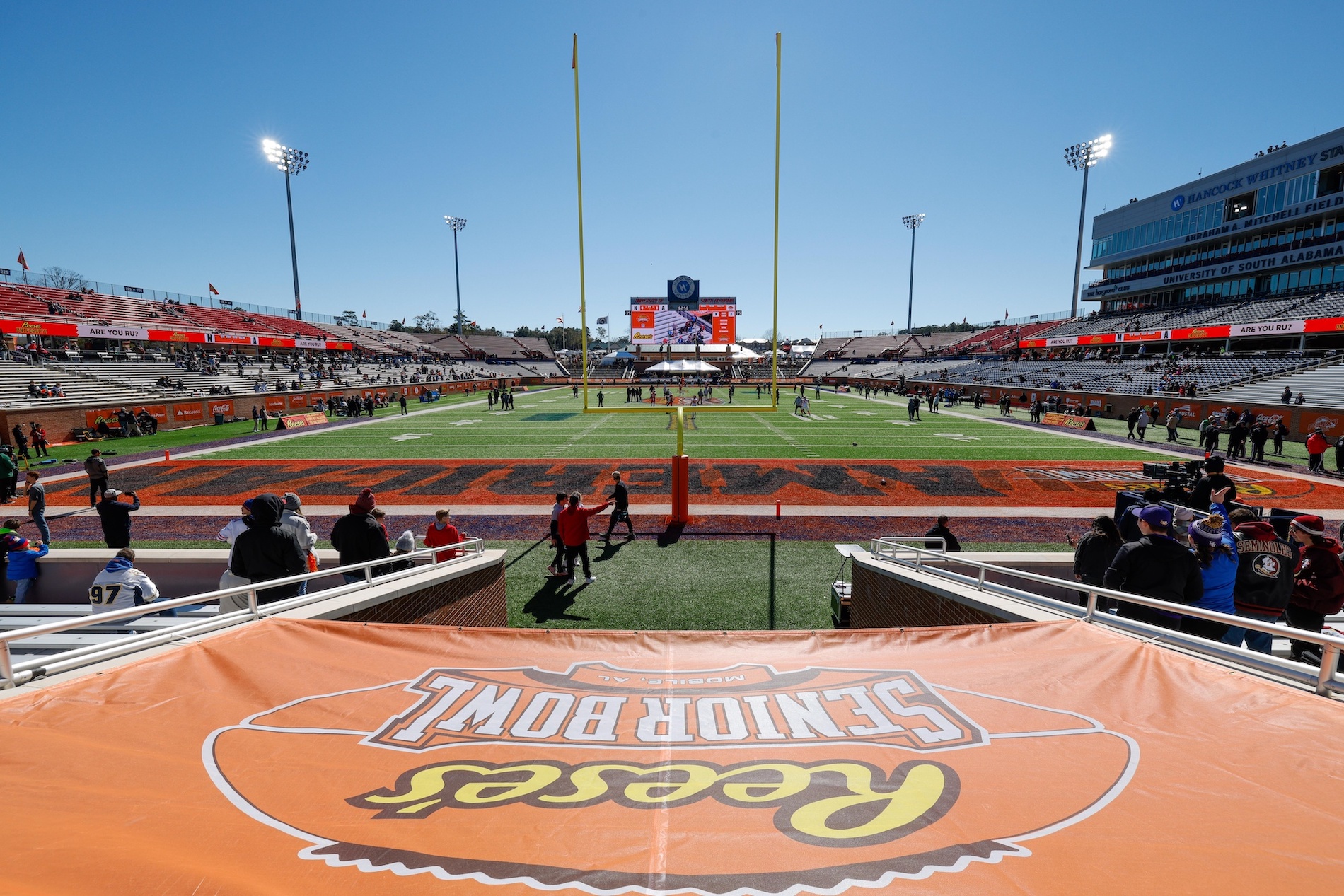 While Saturday’s game will represent the final session of the week, with each of the three practice sessions now complete, it’s time to look back to who rose above the crowd on the defensive side of the ball at this year’s Senior Bowl.

Alongside the National Team’s Jermaine Johnson—who I’ll get to in a little bit—Perrion Winfrey had arguably the best Senior Bowl of any player, consistently dominating in both individual and team portions of practice. A second-team All-Big-12 performer this fall, he was an unblockable force working up and down the defensive line. Travis Jones, a massive man with heavy hands, was a hoss to attempt to anchor against. A small-school talent who attracted waves of attention leading up to Mobile, Jones showcased a skill set that should see him come off the board earlier than many expected. Devonte Wyatt, the unsung hero of a historic Georgia defense this fall, was the talk of the week from opposing offensive linemen. From the American Team linemen I spoke with this week, the one clear constant in conversations of ‘who the toughest guy to block’ has been Wyatt more times than not, an attribute to just how violent, quick, and versatile he is along the nucleus of the defensive front.

There was no one that popped like Johnson this week. He looked like a flat-out DUDE. Quickness, speed to power, flexibility to bend angles, Johnson may have etched his name into the EDGE3 spot. He won the week.

These were two linebackers who I was very intrigued to get my eyes on this week, and both players showcased a bunch of the traits we here at TDN have highlighted all season long. With thump in the run game and athleticism in space, while JoJo Domann looked more comfortable in coverage than Chad Muma, the former Wyoming standout made his impact felt in a multitude of ways on each day of practice.

Let me be clear here, Roger McCreary was by no means outstanding, but he didn’t get beat and looked fluid in both man and zone work in every session. The top corner coming into the week, although he measured in a tick smaller than many had hoped, McCreary showcased a smooth, refined game and should enjoy a standout performance in Saturday's game.

Although Jalen Pitre looked out of sync at times in the passing game, where his eyes were often caught in the backfield, his ability to consistently work downhill and through contact at the catch point was evident on all three days. He was also excellent in run support near the LOS. Kerby Joseph, an uber-productive talent whose ball production ranked near the top among eligible apex defenders in CFB, also popped at times with quick twitch ability to ID passing concepts that offered minimal throwing windows for signal-callers in attendance.