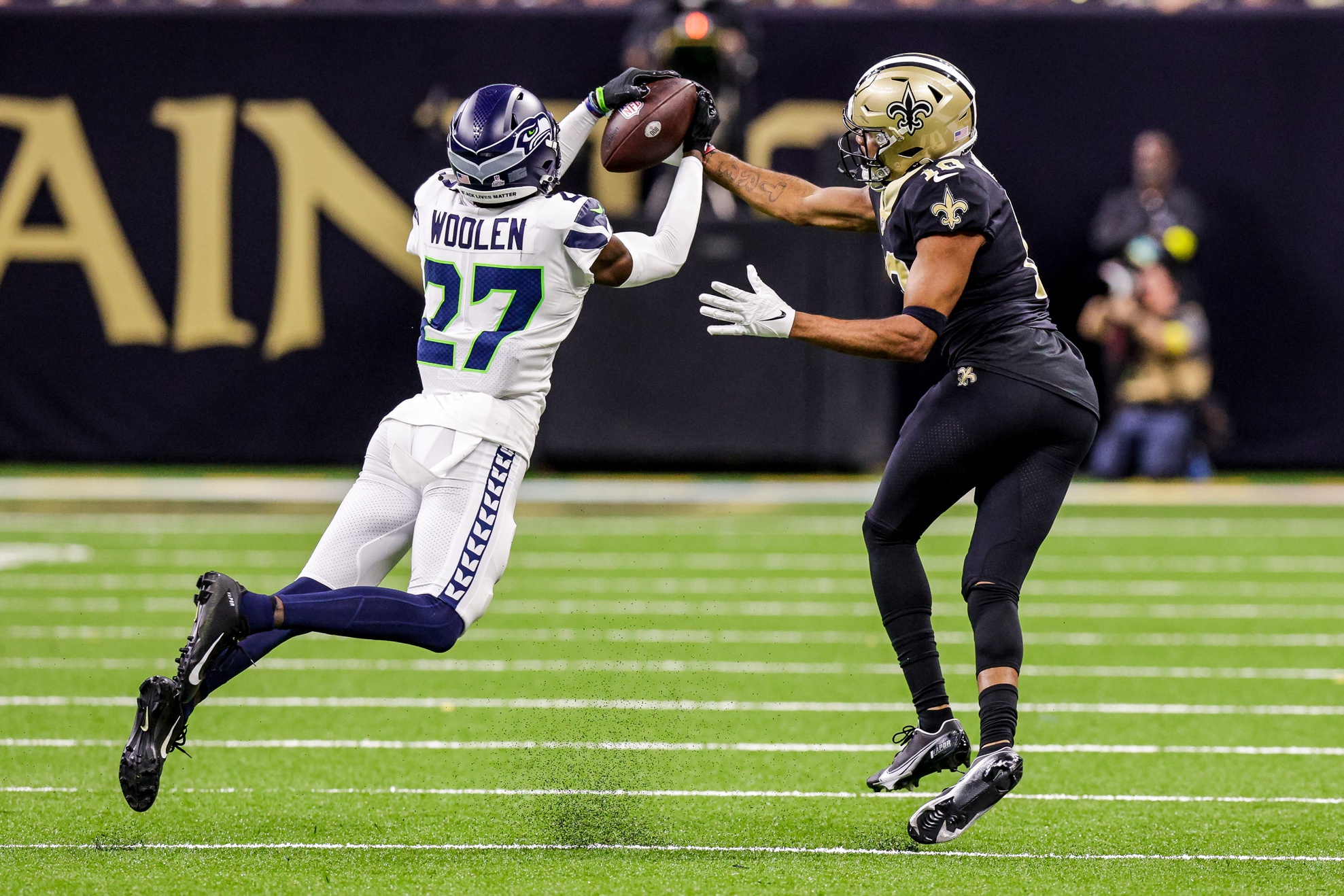 No one really expected the Seattle Seahawks to be contenders or big winners this season after trading away quarterback Russell Wilson and entering something of a rebuilding or “retooling” period. This year was just going to be about seeing what they had from their new draft class and young players.

As it turns out, what they have from their young players—and new draft class especially—is very promising.

Seattle drafted nine guys in the 2022 NFL Draft: offensive tackles Charles Cross and Abraham Lucas, cornerbacks Tariq Woolen and Coby Bryant, wide receivers Bo Melton and Dareke Young, edge rushers Boye Mafe and Tyreke Smith, and running back Ken Walker III. Of those nine players, only two—Melton (practice squad) and Smith (preseason injured reserve)—didn’t make the team. Of the seven remaining, five—Cross, Lucas, Woolen, Bryant, and Walker—have not only taken over as starters but have begun to establish themselves as quality starters.

Hitting on at least a few of your draft picks should be the goal of every NFL general manager. Hitting on half of them qualifies as a successful class. Having seven out of nine draftees make the team with five of those guys establishing themselves as quality starters a third of the way through the season means a team knocked it out of the park.

The leader of the pack so far has to be Woolen, who might already be one of the NFL’s best ball-hawk corners. Through six career games, the rookie out of UTSA has recorded a league-leading four interceptions in four straight games, including a pick-six, as well as five pass breakups, two forced fumbles, and an opposing passer rating of 35.8 when targeted. That means that quarterbacks would literally have a better passer rating spiking the ball into the ground than throwing to a receiver Woolen is covering. Woolen, by the way, was a fifth-round pick that is already proving to be a cautionary tale to the 31 other NFL teams that got too cute with their draft evaluation of the supremely toolsy corner.

Woolen’s efforts may be the most impressive so far among the rookies, but Walker, the rookie running back thrust into the starting role after Rashaad Penny’s season-ending injury, is already a close second. In the last two weeks, the two games in which Walker has seen a majority of offensive snaps so far, he’s averaging nearly 6.5 yards per carry with 185 yards on 29 carries. He’s also scored a rushing touchdown in each of the last two weeks. Walker has looked explosive and more than prepared to be the lead back in Seattle’s offense for the remainder of the season.

Part of the reason Walker has been so successful is the push he’s been enjoying up front from two more rookies: offensive tackles Cross and Lucas. Though both tackles came from air-raid offenses in college—Cross from Mississippi State and Lucas from Washington State—their run-blocking ability has been solid through six weeks. According to Penny, Cross has even been improvising successful plays based on what he sees from opposing defenses. Lucas, meanwhile, has been especially impactful in his contributions as a pass-blocker, something that isn’t too surprising given his air-raid background.

With all of the impressive performances from talented rookies on the roster, it’s easy to overlook how good Bryant, a slot cornerback, and Mafe, a rotational edge rusher, have been too.

Bryant leads the league with four forced fumbles, including three in his last three games, and has also recorded a sack, a quarterback hit, and a tackle for a loss. Though not technically a “starter” in all but one of his six games so far, Bryant’s been on the field for at least 48% of defensive snaps for every game since Week 1.

Mafe, like Bryant, hasn’t started a majority of his games but has been involved in at least one-third of defensive snaps with some contributions on special teams as well. Through six weeks, he has a sack and a tackle for a loss and made a big play to blow up a receiver screen in the Cardinals’ first drive on Sunday.

It’s already clear that the Seahawks have knocked their 2022 draft class out of the park now that we’re a third of the way into the season. With that being the case, and if the young guys and general manager John Schneider continue to have success, this “rebuild” or “retool” period might not last too long. Playoff football could return to Seattle sooner rather than later.