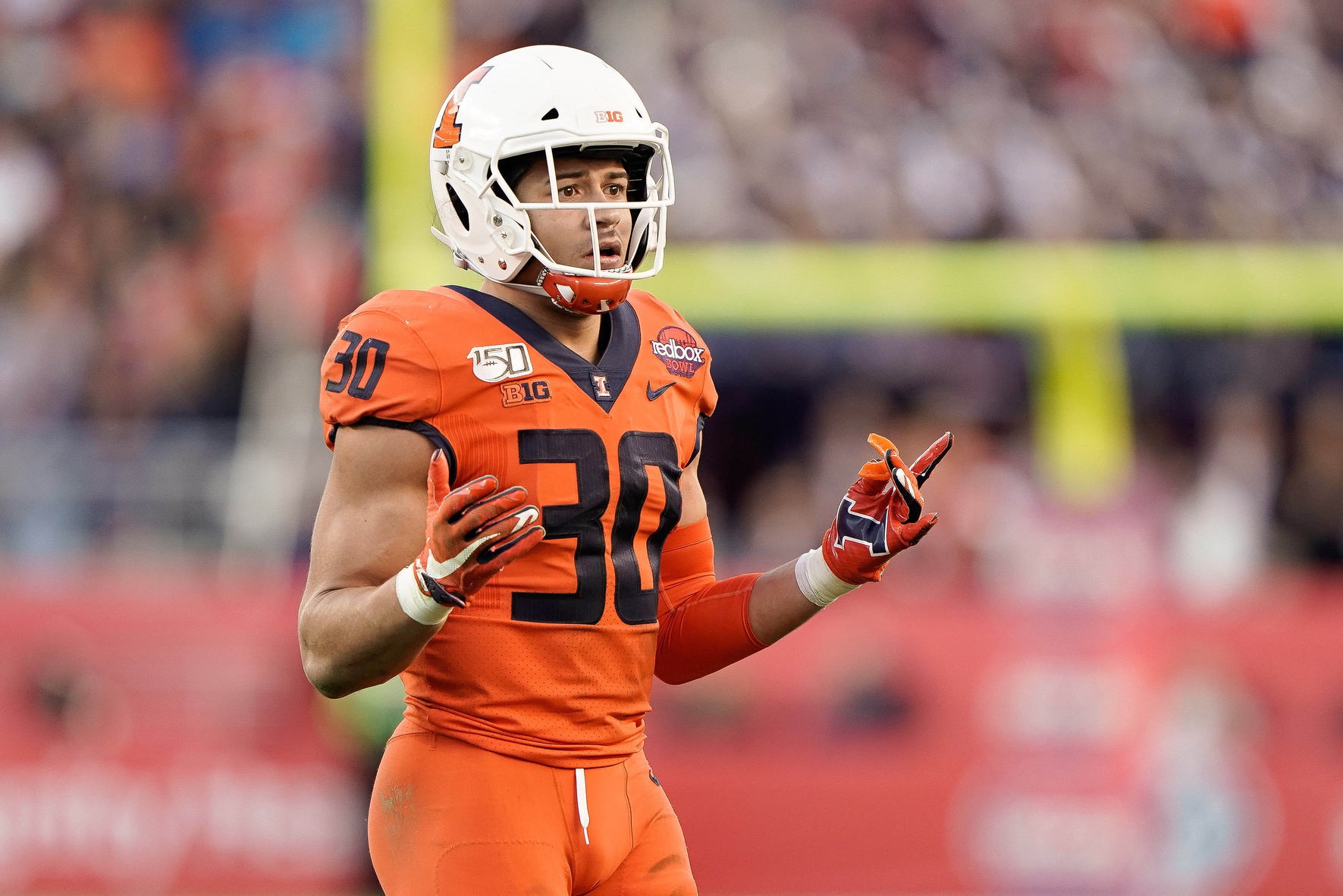 With 32 teams all in pursuit of one Lombardi Trophy each season, 31 teams will always come up short in what is usually a frustrating or disappointing end to the season. Such was the case with the Seattle Seahawks on Saturday as the San Francisco 49ers completed the three-game sweep of their divisional rival to knock them out of the postseason early.

Still, it’s nearly impossible for the Seahawks to think of this season as anything other than a resounding success. Ahead of the 2022 season, Las Vegas odds had Seattle’s over/under win total at 5.5 games. Thanks to an incredible rookie class and the sudden resurgence of veteran quarterback Geno Smith, the Seahawks won nine games and snuck into the playoffs as the NFC’s seven seed. On top of that, the Russell Wilson trade netted them the fifth and 38th overall picks in the 2023 NFL Draft, putting the Seahawks in prime position to build up their roster. Now that Seattle’s season is over, it’s time to turn their attention to the coming draft. Here’s what it could look like.

Round 1 (No. 5 overall via DEN): Jalen Carter IDL, Georgia

The Seahawks probably won’t need a quarterback once they either sign Smith to an extension or use the franchise tag on him. That being said, this could be a spot to trade back with a quarterback-needy team looking to move up, but the Seahawks already have nine picks—five in the first two days—and the chance to draft perhaps the best prospect in this class is too good to pass up. Carter gives Seattle a mauler on their defensive interior and is a massive upgrade for an already needy position.

Again, the Seahawks probably won’t need a quarterback once they bring Smith back. Still, if they only manage to franchise tag Smith, who will turn 33 next season, it certainly wouldn’t hurt to get a high-ceiling quarterback prospect to develop behind the veteran. As high as his potential is at the next level, Richardson is about as raw as it gets. But head coach Pete Carroll just proved again this year how he is more than capable of coaching up a quarterback prospect to his full potential. Bringing Richardson to Seattle could end up being one of the best moves for both the player and the team—the quarterback would reach his high ceiling and the team would get their future franchise quarterback.

Despite finishing second in their division and earning a playoff spot, the Seahawks were one of the worst pass-rushing teams in the NFL this year. According to ESPN, their 34% pass-rush win rate put them in the bottom four of all teams in 2022. Smith was one of the most physical players in college football this year. He was difficult to block in the run game and has an explosive first step and powerful punches that can shock blockers in his pass rush. Smith still needs some development as a rusher with his hand skills and ability to shed blocks, but once he adds that to his arsenal, he could be a dangerous three-down defender that adds another dimension to the Seahawks’ defensive line alongside Carter.

The Seahawks are in need of a center with starter Austin Blythe and backup Kyle Fuller not only having underwhelming seasons but also playing on expiring contracts after this year. Van Pran-Granger is one of the best centers in this class with the athleticism to quickly climb to the second level, pick off defenders as a pulling blocker and get out to lead block on screens. He’s got a high football IQ and the competitive motor that an interior lineman should have at the next level, and he’d give Smith and running back Kenneth Walker III some quality blocking up front.

Wide receivers D.K. Metcalf and Tyler Lockett are an excellent one-two punch out wide, but Seattle is still missing a quality No. 3 receiver. Iosivas is a bit of a sleeper as an Ivy League guy, but his athletic profile is truly elite. Not only did he play football for Princeton, but the 6-foot-3, 200-pound receiver was also an All-American track star with a 6.71-second time in the 60-meter sprint event and a 39-inch vertical leap. With his size, strength, ball skills, and run-after-catch ability, Iosivas could be a stud for the Seahawks as their third option at receiver.

Seattle got most of their secondary locked in with their excellent rookie class last season that included cornerbacks Tariq Woolen and Coby Bryant. They also have an excellent duo of safeties up top in Jamal Adams and Quandre Diggs. Here on day three, the Seahawks have a great chance to add some quality depth at the safety position behind Adams and Diggs. Brown is an excellent athlete with great versatility to move around the defensive backfield from his safety position. He’s also a very instinctive player that gets a good read on the ball early, allowing him to make a quick play.

This is another depth pick here later on day three. The Seahawks already have an excellent starting running back in Walker, but Achane gives Seattle better depth at the position behind Walker. One of Achane’s strengths is his potential to be an extra pass-catcher out of the backfield, something that complements Walker, who didn’t catch passes often in his rookie season.

In addition to center, the Seahawks could use a little extra help elsewhere on the interior of their offensive line between rookie tackles Charles Cross and Abraham Lucas. Curtis has experience at both guard positions as well as tackle, which provides Seattle with some quality offensive line depth across the board. He’s a competitive blocker that generates power quickly and easily.

With their ninth and final pick in 2023, the Seahawks help out the middle of their defense by adding an aggressive and instinctive linebacker in the sixth round. Thomas is solid as a pass defender and has done well playing as a QB spy as well. Though his height and length are a bit lacking for the NFL level—he’s listed at 6 feet even—Thomas could be an excellent special teams contributor at the very least for Seattle.