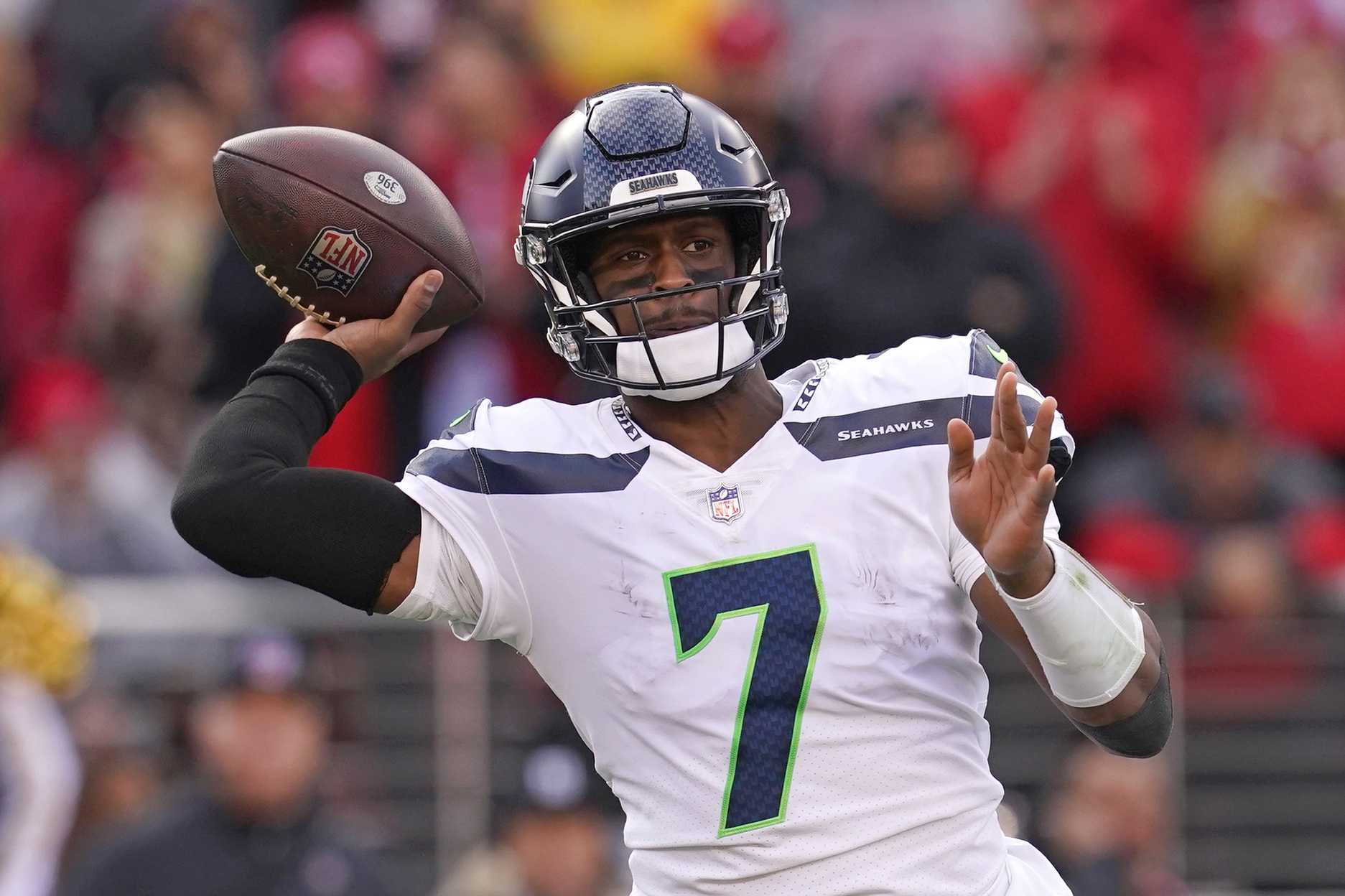 How Much Should Seahawks Pay Geno Smith?

The Seattle Seahawks were eliminated from the postseason on Saturday after being defeated 41-23 by the San Francisco 49ers. Seahawks general manager John Schneider and head coach Pete Carroll are now preparing to enter an offseason that will once again be dominated by questions at quarterback, albeit one with less controversy. Just how much should the Seahawks pay quarterback Geno Smith?

The Seahawks surprisingly entered the campaign with Smith as their starter. Smith rewarded Seattle’s faith in him by responding with the best season of his professional career. Smith threw for career-highs in yards (4,282) and touchdowns (30). He also completed a league-high 69.8% of his passing attempts (with minimum qualifiers).

Smith played out the 2022 campaign on a one-year contract. He earned a base salary of $1.2 million while carrying a manageable cap hit of $3.5 million, according to Spotrac. Smith was severely underpaid and will look to cash in on his new-found success as a starting quarterback.

The Seahawks should approach Smith with a three-year contract offer worth approximately $106.5 million. Such a proposal could carry a fourth-year option. Smith would earn roughly $35.5 million annually, which would slot him ahead of the likes of Jared Goff ($33.5 million), Ryan Tannehill ($29.5 million), Carson Wentz ($32 million), and Kirk Cousins ($35 million) on an annual earnings basis. Cousins was the latest quarterback of this bunch to sign his current contract, so surpassing his annual total may be a priority for Smith’s representation. As incredible as Smith’s season was, he’s unlikely to be in a position to command $40-plus million annually.

It’s worth acknowledging the Seahawks will have options when negotiating Smith’s next contract. Slapping Smith with a fully-guaranteed, one-year franchise tag may be the most appealing. The exact amount of the franchise tag won’t be finalized until the 2023 salary cap figure becomes official, but it was $29.7 million in 2022 (the transition tag was slightly higher at $27.1 million). The non-exclusive franchise tag for quarterbacks is expected to be approximately $32 million. The Seahawks could sign Smith to a one-year, fully guaranteed contract well under $40 million while placing his form under the microscope for a second consecutive campaign before committing to Smith long-term.

The Seahawks also own the No. 5 overall selection in the 2023 NFL Draft as a result of the blockbuster trade that sent Russell Wilson to the Denver Broncos. Seattle’s first-round plans could have a real impact on their discussions with Smith. In-house scout Keith Sanchez has the Seahawks drafting Georgia defensive tackle Jalen Carter in his latest mock draft. Should negotiations with Smith’s camp go sideways, Seattle could decide to draft a rookie quarterback instead and use the money saved by not re-signing Smith to build a stronger supporting cast. The Seahawks will be within striking distance to draft Bryce Young, C.J. Stroud, or Will Levis.

Together, Smith and the Seahawks wrote one of the most surprising stories of the 2022 campaign. Both sides possess mutual interest in continuing their relationship. Neither side should complicate matters. The Seahawks and Geno Smith should agree on a mutually-beneficial long-term contract extension.