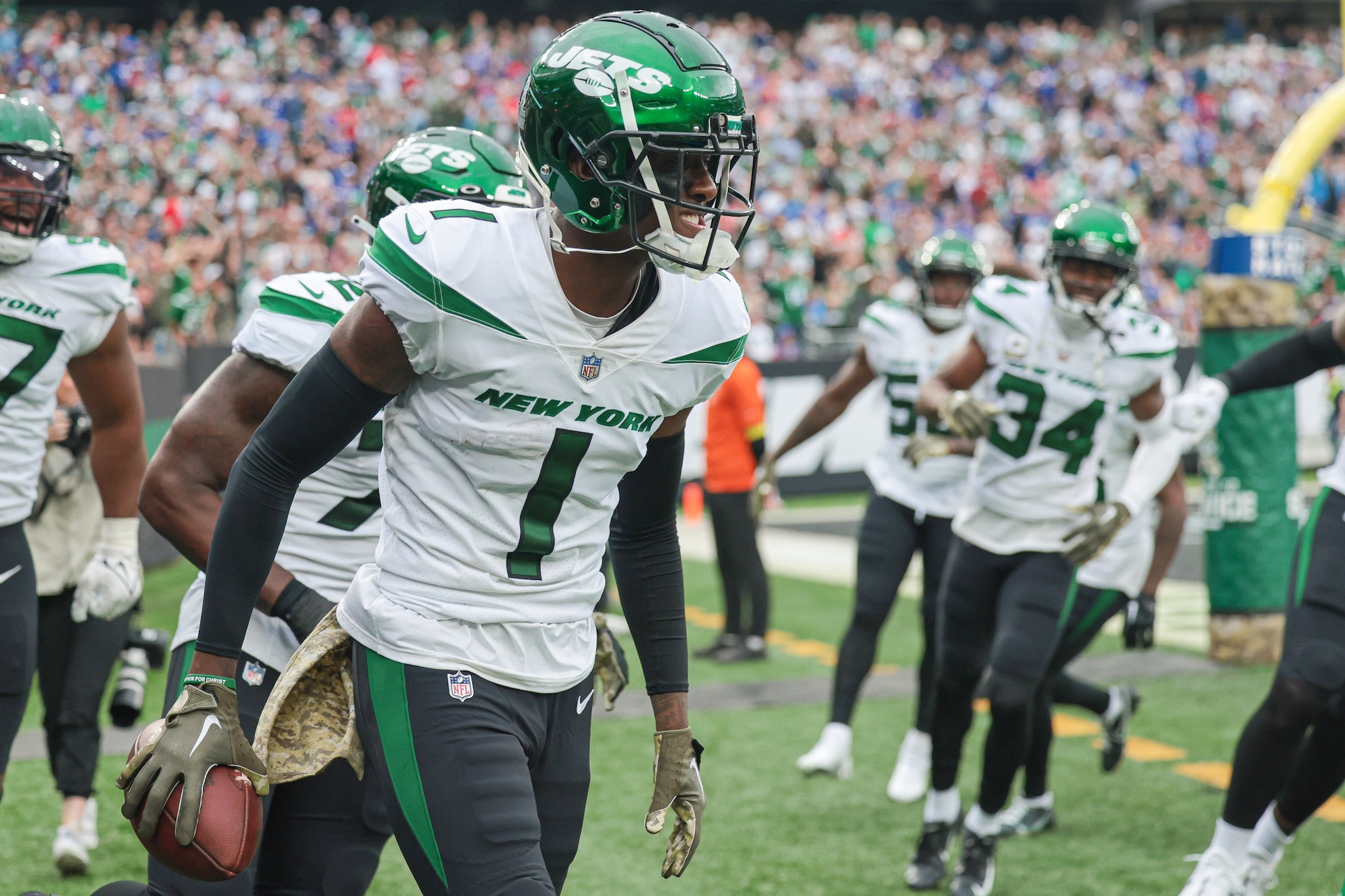 How Good Can Sauce Gardner Be?

Through nine games of his NFL career, New York Jets rookie cornerback Sauce Gardner might already be one of the league’s best cornerbacks. If nothing else, he already stands out as one of the best defensive players in a current generation that’s teeming with young talent.

After the Jets’ 20-17 win over the Super Bowl-favorite Buffalo Bills, one of the only questions that remain unanswered about Gardner is… just how good can he be?

As great as the victory was for the young Jets roster over the perceived juggernaut the Bills were, it wasn’t a perfect day for the team. In fact, it was Gardner in particular who got off to an especially rough start, getting burned in coverage for a big gain when Josh Allen connected with Stefon Diggs on Buffalo’s first play from scrimmage for a 42-yard completion.

But, as a wise Rocky Balboa once said: “It’s ain’t about how hard you hit, it’s about how hard you can get hit and keep moving forward.” For Gardner to establish himself as one of the game’s best corners, he’d have to prove he could overcome the adversity of one terrible play to start a game. And as the game went on, Gardner started to bring on the Sauce.

That mental and competitive toughness is why, just two plays after a back-breaking fumble by the Jets’ offense in the red zone to start the second half, Gardner was the one making the play to get the ball back.

Rather than getting fazed by the tough play to open the game, the rookie learned from it, using his new knowledge of Allen’s mentality and tendencies to create an opportunity for himself. With the Jets giving the Bills a two-high safety look in zone defense on that play, Gardner’s assignment was the flat while the safety on his side gave him help over the top.

After getting his hands on Bills receiver Gabe Davis for a quick redirect on the deep route, the rookie sat for a brief moment as if he were staying in the flat to cover running back James Cook out of the backfield. But instead of letting Allen take the deep throw as he had on the first play of the game, Gardner switched direction rapidly, in the same moment the quarterback separated his hands to throw. He got more depth downfield to track Davis toward the sideline and used his exceptional length to snag the interception.

That’s a fantastic play to make by itself. With the added context of what had happened earlier in the game and the in-game adjustments Gardner made as a result, it becomes even more impressive and speaks to the rookie’s tremendous talent. Not only that, but a play like that to get the ball back for his offense after a brutal turnover just moments earlier really changed the tide of the game. The Jets scored on their ensuing possession to take the lead and never gave it back.

Gardner has been showing off why he deserved to be a top-five draft pick all season long, but his game against the Bills showed us just how high his ceiling might be. Despite getting burned on the first play from scrimmage, the rookie used it as a learning opportunity rather than getting down on himself or caught up in the moment. That learning opportunity gave Gardner extra intel on Allen, which he used to make some in-game adjustments that eventually allowed him to make a couple of crucial plays.

If Gardner, as a rookie, is already smart and capable enough to learn from mistakes and adjust during the game, the sky’s the limit for him. His current skill set and performances so far this season already put him up among the NFL’s best young talents on defense. With more reps (including mistakes) under his belt, he’s now proven that he can get even better week-by-week and even play-by-play. Sauce Gardner is a special, special talent for the Jets’ defense and will continue to be a huge reason for their success going forward.