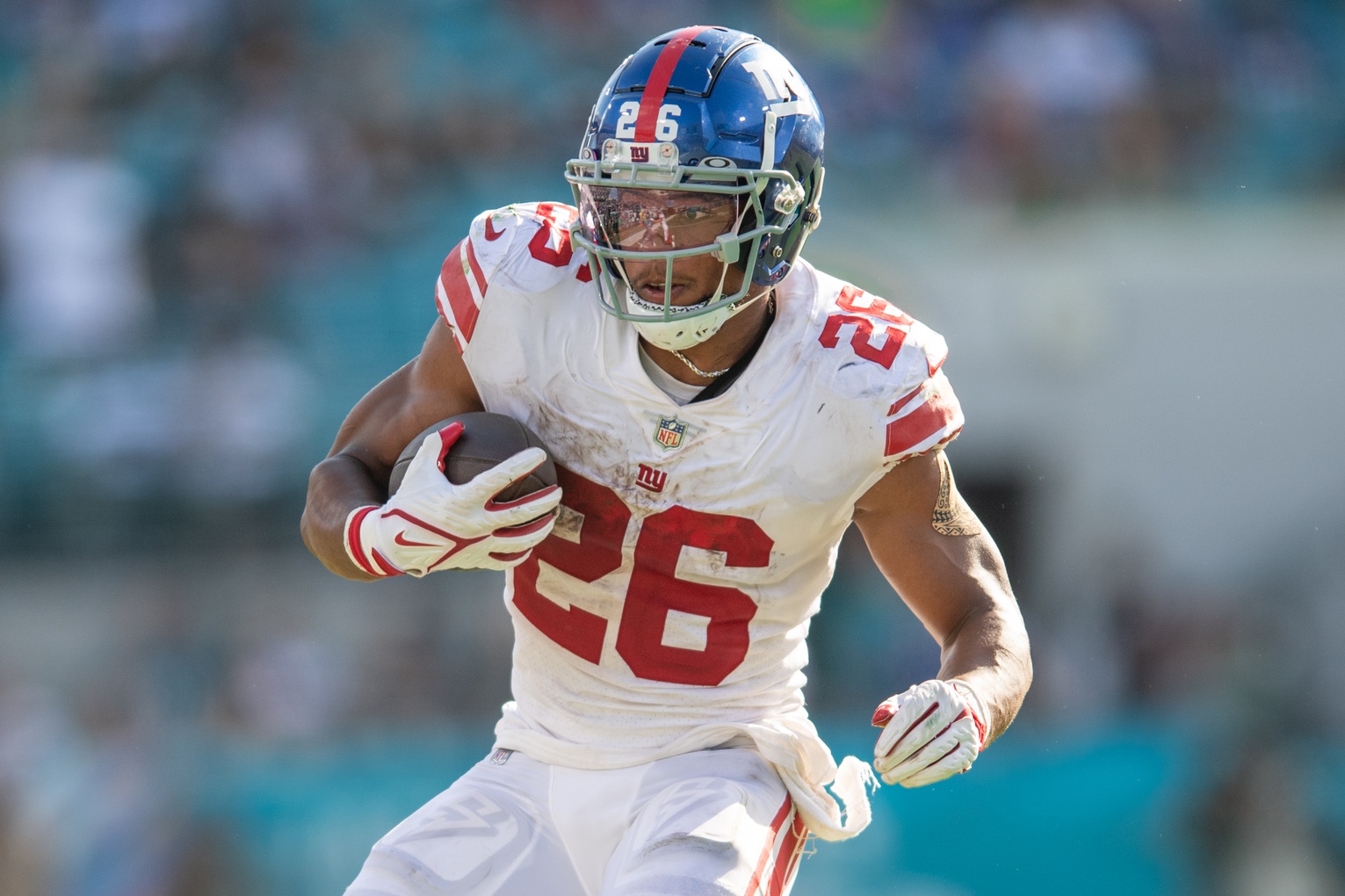 How Much Should Giants Pay Saquon Barkley?

It sure looks like the New York Giants are going to have to pay running back Saquon Barkley after this season.

Before the 2022 season, the future of the Giants’ offense was murky. Barkley hadn’t looked himself in the year after his ACL tear and was due to hit free agency. Expectations that he’d bounce back weren’t high with much of the problem being an apparent regression in his field vision as well as a lack of confidence in his legs. Meanwhile, quarterback Daniel Jones seemed to also be on his way out after the season ended and big question marks remained on the offensive line and receiving corps.

Things have changed rapidly in the first month and a half of action. Barkley has re-emerged as one of the NFL’s premier running backs as he leads the league with 906 yards from scrimmage, almost 100 yards more than Browns running back Nick Chubb, who is second. His 103.7 rushing yards per game is the third-highest mark in the league. The 5.1 yards he averages per carry are also third-best in the NFL among running backs with at least 100 carries this season.

This year’s version of Barkley looks explosive, confident, and physical, and his good field vision has returned. He is clearly the face of the offense and the heart and soul of a team that has far exceeded expectations with a 6-1 start. He looks like the same running back that dominated the NFL in his first two seasons as a pro and has clearly earned himself a longer future with the Giants. The question now is what do they pay him?

The biggest factors to consider are: a) Barkley is a running back, a position that is not highly valued in the league, however b) Barkley is, as stated earlier, very clearly the heart and soul of this Giants team and c) the Giants don’t have a lot of money tied up elsewhere since their quarterback won’t demand a lot of future money. Now is the time to pay Barkley, potentially backloading his contract to overlap the bulk of it with a future quarterback on a rookie deal as the Giants’ contention window opens.

Other important context to add is the two big thresholds the league has set in the running back market. San Francisco 49ers running back Christian McCaffrey has the biggest contract by average annual value in the NFL at just over $16 million. The other big threshold is the $15 million AAV number that guys like Cowboys’ Ezekiel Elliott and Saints’ Alvin Kamara are making (and Titans’ Derrick Henry and Vikings’ Dalvin Cook are not). Perhaps it’s also worth noting that general manager Joe Schoen was part of a Buffalo Bills regime that had the most cap space committed to a running back of any NFL team in 2018 with LeSean McCoy.

Given Barkley’s injury history and age—he’ll be 26, McCaffrey’s current age, by the start of the 2023 season—being relatively high by running back standards, it’s not as likely that he’ll break that $15 million AAV threshold. With the way the league has trended with running back contracts, it also feels unlikely that he’ll see a deal longer than three or maybe four years.

The most likely scenario, then, is that Barkley gets a short contract with high-to-medium AAV. Whether he gets up to the $15-16 million number is largely up to his ability to stay healthy and perform at the level he has so far this season.

If he finishes at the very top of all NFL running backs with his production and continues to be the face and primary producer of the Giants’ offense, a short deal that makes him the highest-paid running back in history by AAV isn’t out of the question. If he isn’t quite the top of the NFL but still among its best, $15 million should still be on the table. Otherwise, Barkley should still make more than the contracts of guys like Cook and Henry simply because of how much value he brings to the team as a leader and excellent running back.

Another X-factor is how well Jones performs this year. If he suddenly starts increasing his contributions, coming close to matching Barkley’s output this year with more injured receivers returning and rookie receiver Wan’Dale Robinson’s breakout looming, New York may want to save money on Barkley’s contract so they can pay their quarterback. That’s a less likely scenario, but it’s still possible.

Barring a crushing injury, Barkley is poised to easily enter the top five highest-paid running backs in the NFL by AAV—but likely on a shorter contract—with the way he’s played so far this year. He deserves to be paid well with the way he’s helped boost the Giants’ offense and the presence he brings to the locker room. The question is whether he’ll breach the top three or even become the single highest-paid back. The answer is largely up to how he plays for the rest of the year.