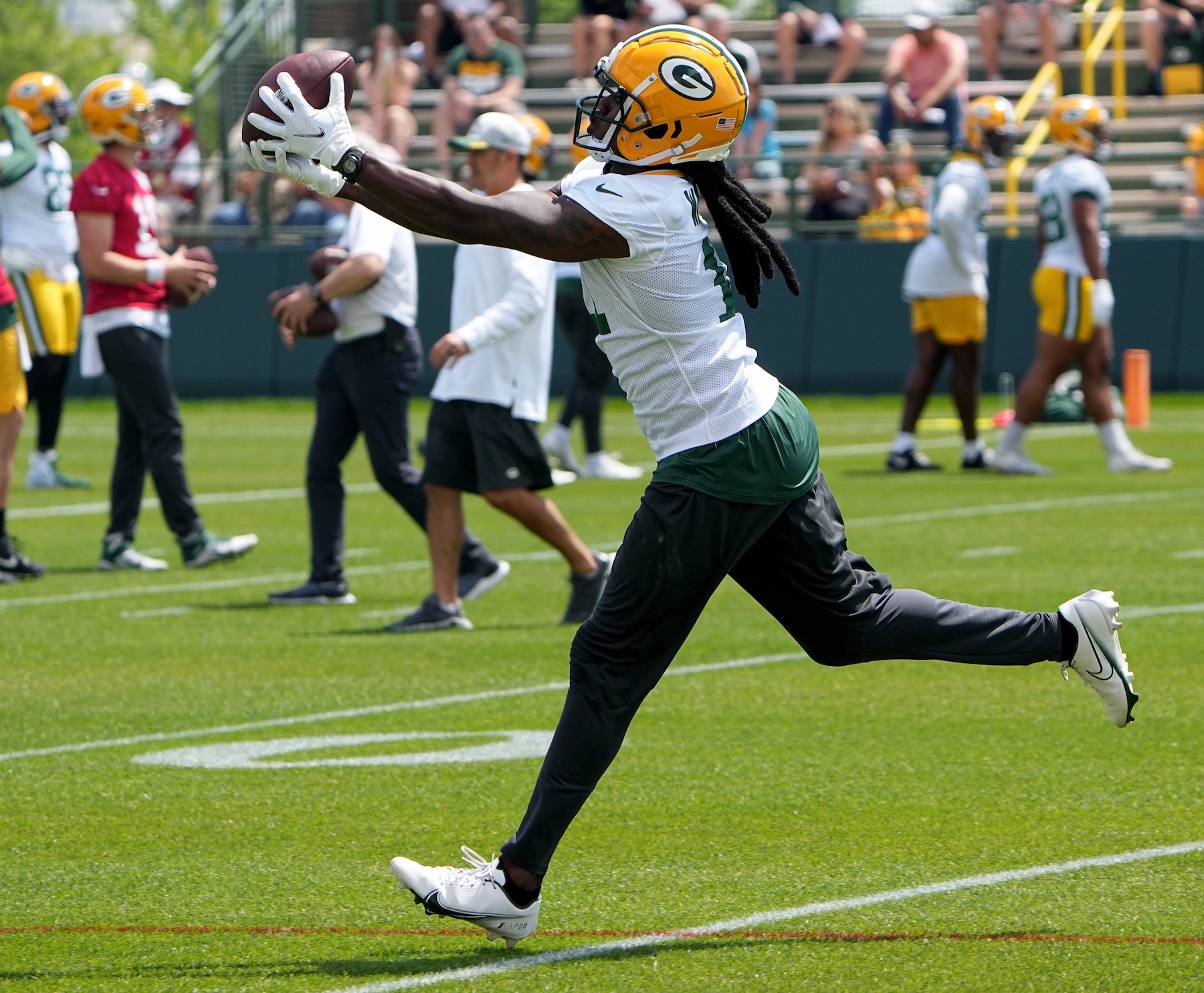 Is This Sammy Watkins’ Last Chance To Be An Impact Starter?

One of the most exciting NFL draft prospects of the last 10 years coming out of college, Green Bay Packers wide receiver Sammy Watkins finds himself in an incredibly unique position heading into the 2022 campaign. The former Clemson standout has landed in an environment that will provide him with what feels like one final opportunity to live up to his pre-draft billing.

Watkins is well aware of the situation he finds himself in. The Packers represent his last chance to become an impact starter.

“My back is against the wall,” Watkins recently said. “My career hasn’t been what I projected it to be.”

Watkins couldn’t ask for a better opportunity to earn a starting role than the one he’s about to encounter in Green Bay. The Packers possess an elite quarterback in back-to-back reigning MVP Aaron Rodgers, who happens to be searching for a new go-to target following a trade that sent dominant receiver Davante Adams to the Las Vegas Raiders. Not much stands in the way of Watkins earning a top-three role in Green Bay’s high-octane passing offense.

Packers General Manager Brian Gutekunst drafted former North Dakota State receiver Christian Watson in the second round, but Watson has experienced some concerning struggles throughout organized team activities (OTAs) that could limit his first-year impact. The pathway to an opportunity for Watkins doesn’t stop there.

Marquez Valdes-Scantling departed the Packers earlier this offseason for a more lucrative opportunity with the Chiefs. Allen Lazard has yet to sign his second-round restricted free agent tender and continues to be absent from mandatory minicamp as he attempts to lure an improved contract offer. Rookie Romeo Doubs and veteran Randall Cobb round out a pass-catching corps that leaves plenty to be desired. The Packers don’t possess a high-volume tight end either. Robert Tonyan returns as the team’s de facto starting tight end after suffering a season-ending torn ACL midway through last season. Tonyan has never topped 586 receiving yards and isn’t about to become an every-down target for Rodgers.

Watkins’ familiarity with the Packers’ offensive scheme could also lead to a quick start. Packers Head Coach Matt LaFleur spent the 2017 season as Watkins’ offensive coordinator in Los Angeles. Watkins totaled 39 receptions for 593 receiving yards and eight touchdowns in 15 appearances. It represents Watkins’ second-highest touchdown total of his career, and perhaps more importantly in his case, the healthiest he had been since playing in every contest as a rookie. Watkins now hopes that reuniting with LaFleur leads to more good fortune. LaFleur has noted positive similarities between now and then.

“I don’t think his game has fallen off at all since we were together in 2017,” LaFleur said of their time together in L.A. “A little bit has been maybe a lack of opportunity, but he’s going to be a big part of our offense.”

Watkins originally entered the league as the No. 4 overall selection of the Buffalo Bills in the 2014 NFL Draft. Watkins’ dynamic abilities were immediately on display. He totaled 982 receiving yards as a rookie and broke out for 1,047 yards and 13 touchdowns as a sophomore. It’s been all downhill since. Watkins has yet to reach those heights again, as injury and inconsistent play have hampered his potential.

Watkins hasn’t played a full season since his rookie campaign and hasn’t reached 1,000-plus yards since 2015. In 2021, he recorded a career-low 394 receiving yards while playing on a run-first Baltimore Ravens team. Watkins previously had stints with the Kansas City Chiefs and Rams but failed to truly seize those opportunities. He’s firmly running out of chances.

Watkins will forever be remembered as one of the most dynamic playmakers of his generation to grace a college football field, but there’s no denying his professional career has left plenty to be desired. Watkins now finds himself in the ideal situation to revive his career and rewrite the story. LaFleur and the Packers will grant Watkins one final opportunity. Watkins must stay healthy and take advantage or he risks it being his final chapter.