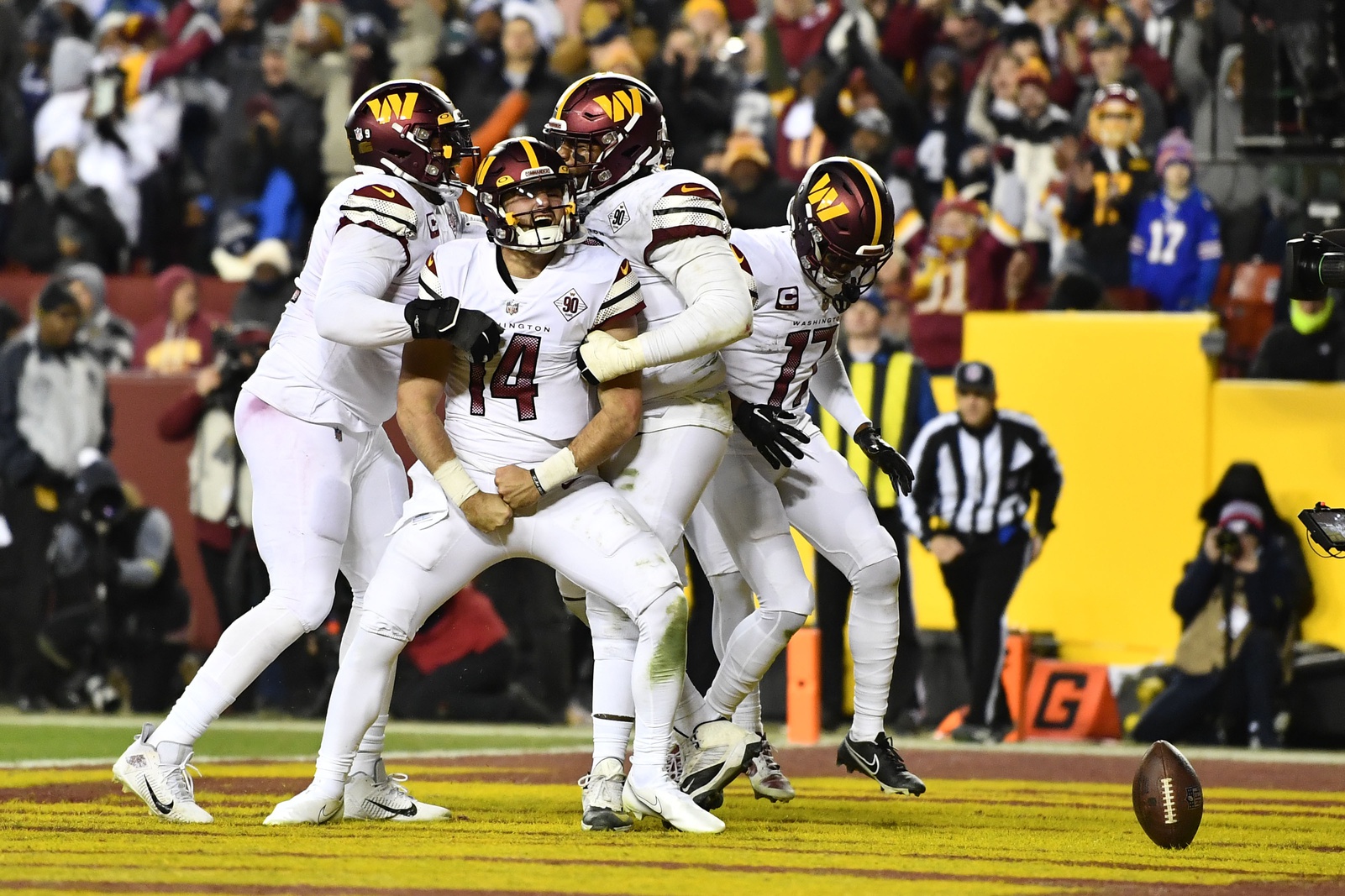 On a day the Washington Commanders entered with nothing more to play for other than pride, a dominant 26-6 win over the Dallas Cowboys showcased positives to build around in the immediate future. For an organization with massive question marks (again) under center, the play from rookie fifth-round rookie Sam Howell was everything head coach Ron Rivera could have hoped for against a stout Dallas front seven.

Washington’s offensive unit looked like a shell of itself last week against the Cleveland Browns, but on Sunday afternoon, it looked like an entirely different ballclub. The Commanders hadn’t scored more than 20 points more than once in the last six weeks, but nearly reached the 30-point threshold against the playoff-bound Cowboys. Even with Brian Robinson Jr. and Antonio Gibson sitting out, the team still rushed for more than 130 yards.

Hell of a first pass from @Sam7Howell

The second Washington quarterback (Robert Griffin III) to throw and rush for a touchdown in a game during his rookie season, Howell’s first throw was storybook. While it was a simple crossing route to Terry McLaurin, it was a throw that looked impossible to complete just a week ago when Carson Wentz was under center.

Howell provided a breath of fresh air for the Commanders. While not everything was perfect, he looked every bit like a talent that could hold the key to unlocking Washington’s offensive ceiling moving into next fall. Washington’s offense is littered with high-octane playmakers like McLaurin, first-rounder Jahan Dotson—who amassed three catches for 72 yards in his first work with Howell—Curtis Samuel, and the two aforementioned bruisers in the ground game (Robinson Jr. and Gibson). The Commanders tout many of the pieces it takes to reach the next step to competing in the NFC.

It’s been a question for decades as to who will ultimately fix the burgundy and gold’s woes at the quarterback position, and while a 20-point victory in Week 18 has to be taken with a grain of salt no matter how good the former Tar Heel looked, you have to understand that Washington hasn’t had many reasons to get excited about the path in the pocket for some time. Howell more than took advantage of his snaps in his NFL debut.

Get off the tracks when @Sam7Howell is coming through 🚊

Confident, poised, arrogant with his arm at times (which was beautiful to see), utilizing his legs when need be, there’s a type of moxie that Howell plays with under center that is a good sign for the future. Again, take everything from Sunday with a grain of salt, but for a Dallas team that played it’s starters until late in the fourth quarter and a defensive coordinator in Dan Quinn that wasn’t shy in sending pressure, Howell’s ability to consistently get back up when a play went wayward and move on to the play at hand is everything you look for in a young quarterback thrown into the fire of an NFL game.

It’s the intangibles that he showed that should hold weight for the Commanders brass this offseason. For an organization that sent two picks to the Colts for Wentz’s “services” this fall, going the cheap route next fall with Howell on a rookie contract looks like a very serviceable option after watching the dual-threat talent compete this week.

The most talented quarterback in the nation’s capital since he was taken on day three of the 2022 NFL Draft back in April, as much as Sunday was bittersweet for Commanders faithful in wrapping up the 2022 campaign, Howell’s performance has provided optimism heading into an offseason where changes are expected in abundance. He’s by no means won the job for 2023, but to showcase his skill set like he did, in that environment, with zero work since the preseason… the kid proved he can spin it.